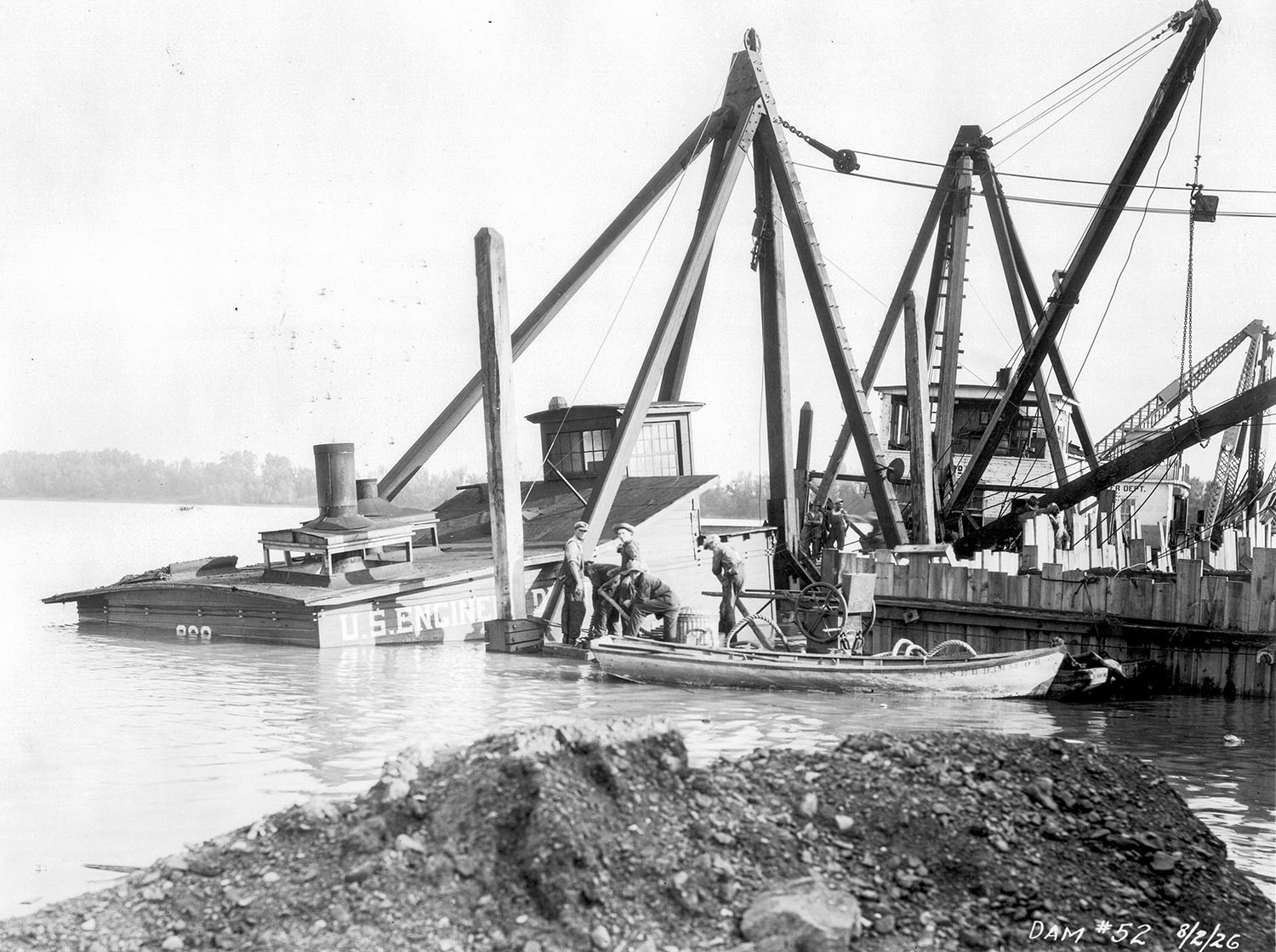 If you lived or worked near former Ohio River Lock and Dam 52 or 53 in southern Illinois, the Corps of Engineers wants to hear your story and see your photos.

The Louisville Engineer District has put out a last call for historic information and photos concerning the dams both from people who worked at the sites and those who lived in the communities and have stories about their construction and operation.

“For nearly a century, the men and women who worked and lived at locks and dams 52 and 53 on the lower Ohio River have played a role in a story unlike any other,” the district posted on Facebook. “As the U.S. Army Corps of Engineers Louisville District works to compile a history book which will pay tribute to the projects, people and stories of the lower Ohio, we’re looking to the local community for help! If you grew up near Brookport, Grand Chain, or Olmsted, Ill., or have relatives who worked or lived at Locks and Dams 52 or 53, we want to hear from you!”

The Corps began work in May 2021 compiling a history book on the projects and already has an outline completed and the first chapter written. The Facebook message represents a last call for participants, Louisville district archaeologist Jared Barrett said.

Copies of the book will be distributed to area libraries and historical societies. The .pdf of it, along with written transcripts of interviews with participants, will be made available online.

The plan is for the book to be complete and ready for distribution by May 2023.

More recently, demolition of landside buildings at both projects began in late January 2021 and was completed by the end of March. A large red pole barn, roads, a retaining wall and large trees were left standing at Lock 52. At Lock 53, all landside structures have been removed.

The book is part of the historical remediation the Corps is conducting to make sure the facilities’ history is not lost along with the structures. The Corps has contracted with Historical Research Associates Inc. out of Missoula, Mont., to develop the book. Work on it has included in-person interviews along with some by phone or videoconferencing software, Barrett said.

Some of the people the Corps is trying to reach may have grown up living in the lockmasters’ houses at the sites, he said. Others might remember going to baseball games. Dam 52 apparently had a semi-pro team back in the 1920s.

“Local product Wid Matthews (then of the Washington Senators) even came through and smashed a home run,” a newspaper clipping says of a game against the Modern Woodmen of America team out of Mayfield, Ky.

One woman provided a photo of when her great grandfather was helping to build Lock and Dam 53.

“We’re looking for old photos, anecdotes, stories, anything people have tucked away in their houses,” Barrett said. “We wanted people who lived in the housing, kids who grew up and went to school there, anecdotes about having to get on a boat and going across the river. Somebody might remember a wreck at the lock and dam, or if they knew somebody who worked there who used to tell stories, we’d like to hear that. We’re casting a broad net.”

Copies of programs, letters or diary entries would also be helpful, he said.

Barrett said one of the interesting stories he has heard so far was how crews working a steam-powered maneuvering boat to lift wickets would bake a potato for lunch by wrapping it in tin foil and setting it on the boiler.

Those interviewed so far have often said technology has made the job both safer and easier, but they have a nostalgia for the old ways of working and a sense of pride in doing their jobs well as part of serving their country, Barrett said.

Those who would like to contribute stories, documents or photos may do so by contacting Barrett either by email at jared.l.barrett@usae.army.mil or by calling him at 502-315-6480.