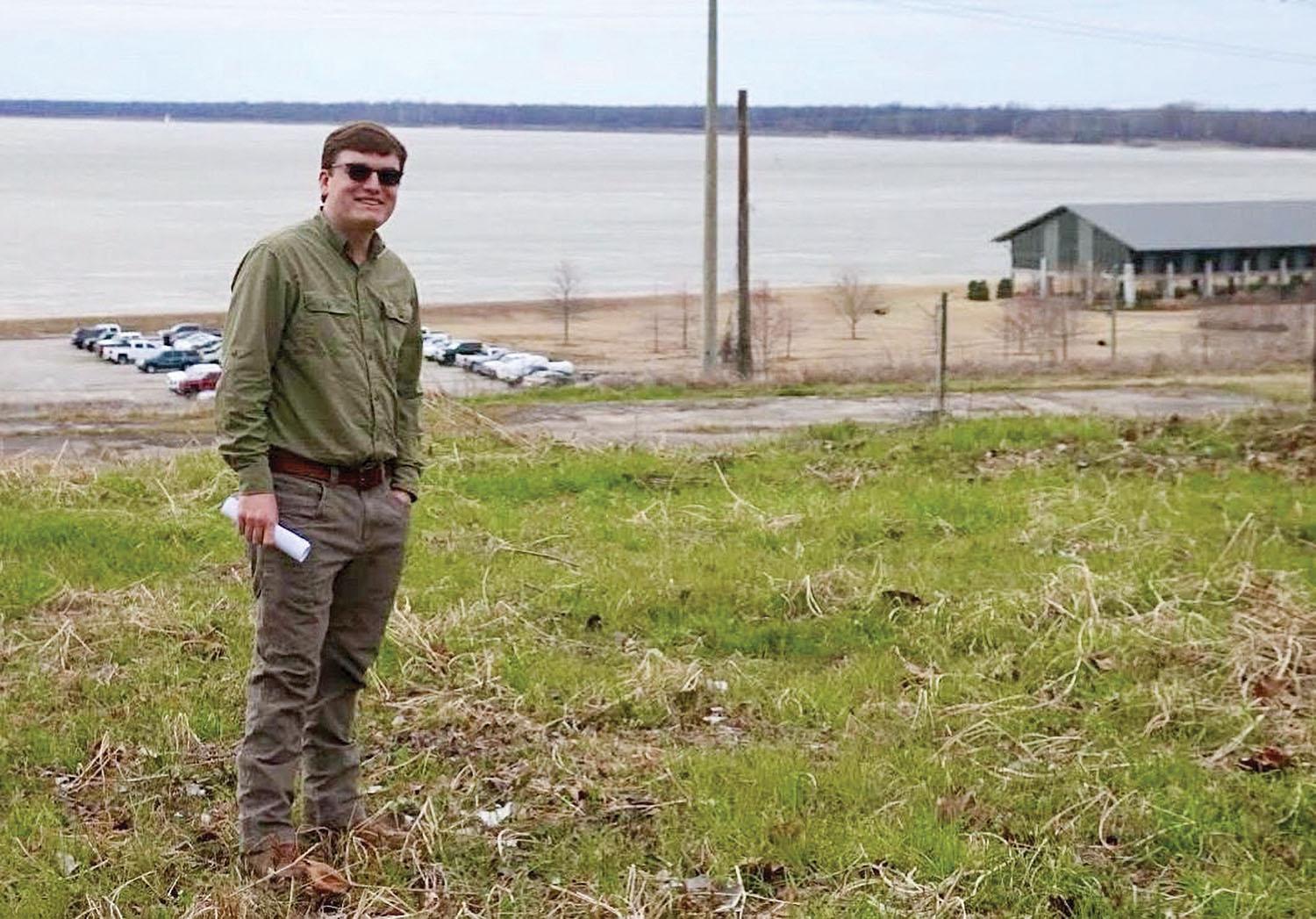 Vicksburg, Miss., will soon have a new community park on the Mississippi River, thanks to a donation from Vicksburg’s own Golding family.

Golding Barge Line (GBL) has operated out of its headquarters on the east bank of the river, located about a mile and a half above the historic Vicksburg Bridge, for 15 years. That property includes a grassy 5.5-acre tract on a bluff overlooking the Mississippi River that’s never been developed. Now, brothers Austin and John Reid Golding, the sons of GBL founder Steve Golding, have announced they are working with the city of Vicksburg and Warren County to donate that plot so it can become a public park for the community.

The move meets an immediate community need. Vicksburg already has a riverside park, which is located just downriver from GBL’s office. That park, however, sits at a lower elevation by the batture and has been closed since April 2020 due to damage from heavy rains and bank instability.

“The river is just slowly eating away the bank, and it was eventually going to take the park,” John Reid Golding said. “They had to close it. It was just too dangerous for people to be down there.”

Golding said Golding Land Company has tried to sell the undeveloped property overlooking the river and the GBL office over the past 15 years, yet to no avail. When Vicksburg Mayor George Flaggs Jr. approached the brothers last year to propose donating the property to create a new riverfront park, they knew it was the perfect fit.

“In my opinion, it’s the prettiest view between New Orleans and Memphis,” Golding said.

The formal donation, which will result in the city and county jointly owning the property, should go through by this spring, Golding said. A committee will be formed to engage with members of the community to craft a plan for the property.

Golding said he hopes the new park will offer a play place for children in the community, while also including features that will draw Vicksburg residents of all ages and even tourists visiting the city.

The donation is just one way for the Golding family to say “thank you” to the surrounding community, Golding said.

“The core of why we did it is, we are in a small town,” Golding said. “Vicksburg and Warren County have given us such a tremendous workforce and such a great place to have our business. We saw this as a great way to give back to our community. That’s the core of why we wanted to donate the land.”

He also said creating a new community park with such a great view of the Mississippi River is important for keeping the community connected to the river, both the role it’s played in Vicksburg’s history and how it sustains it today.

“We definitely want to keep the community engaged with what’s going on on the river,” he said. “Keeping the park on the river lets everybody be reminded of how much commerce moves through Vicksburg on a daily basis, including ours, the other river traffic and the tourism boats. It will keep the community engaged with our business and our industry.”

And with the property in view of the Vicksburg Bridge, the park will display the skill of mariners navigating tows up and down the Mississippi River.

“The Vicksburg Bridge is one of the hardest bridges on the river for a tow to make,” Golding said. “This will give people a full view of a tow going southbound through the Vicksburg Bridge. It’s extremely interesting to see how much they have to maneuver to make the bridge southbound. This will still give the visitors of the park that view.”