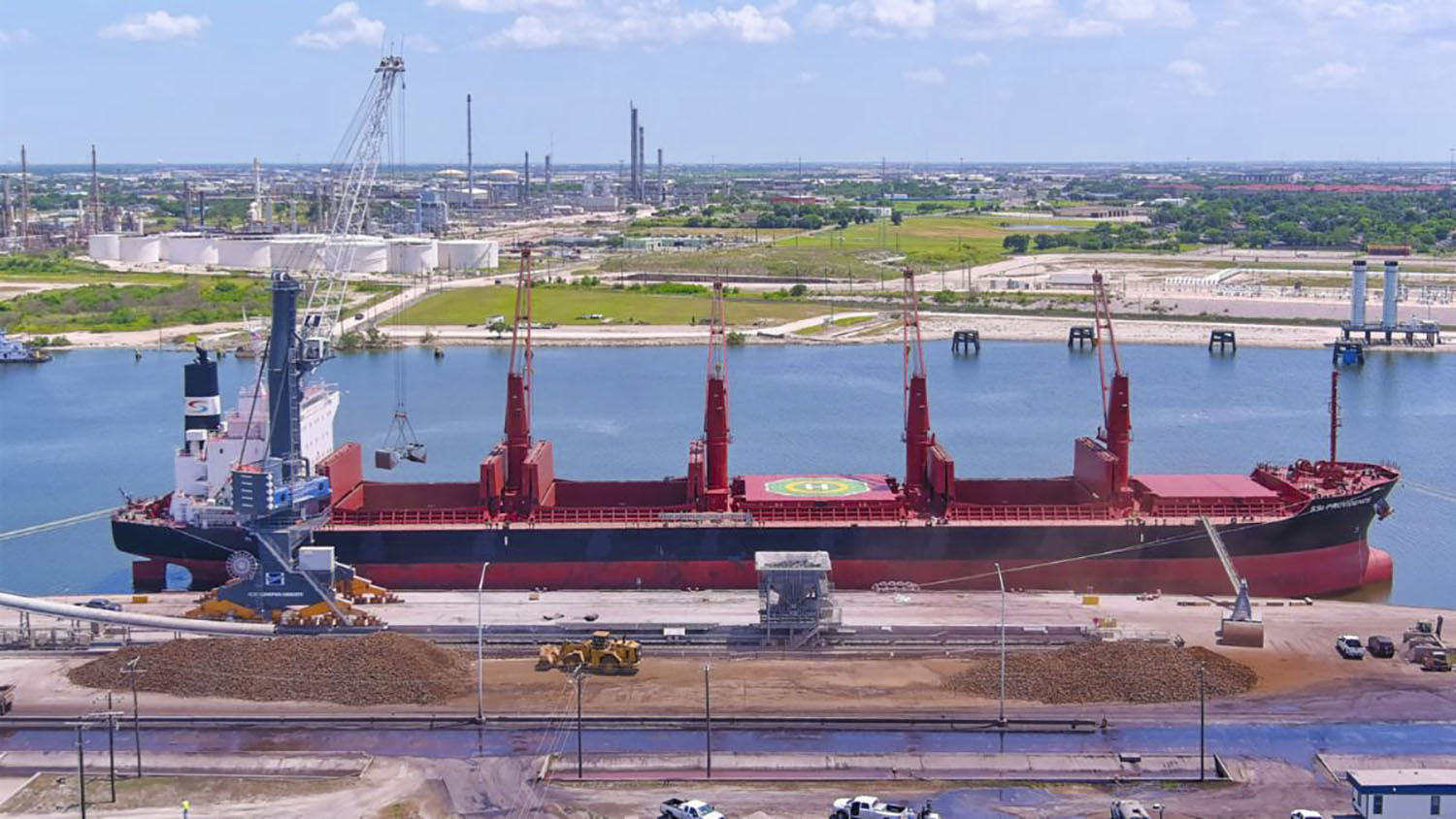 Cooper Marine & Timberlands (CMT) has announced the expansion of its stevedoring operation to the Port of Corpus Christi. Initial efforts there began last fall, and CMT’s presence there is now at full speed.

“For 117 years, our family has aligned our company’s continued expansion with the growing needs of our customers,” said Angus R. Cooper III, president of Cooper/T. Smith. “Our expansion into the Port of Corpus Christi is a continuation of our century-old promise to fully satisfy our customers’ needs and exceed their expectations, wherever in the world that may take us.”

Operating out of the port’s Bulk Dock 1 terminal, CMT is able to transfer coal, iron ores and other dry bulk cargoes between ships, barges, railcars and trucks. The terminal, which is equipped with a gantry-mounted Liebherr LHM 550 crane, may also be used to load oceangoing vessels when special handling or on-site temporary cargo storage is needed. The terminal offers 38 feet of draft, suitable for Panamax vessels, and is served by BNSF, Kansas City Southern and Union Pacific railroads, along with a short line railroad. It has connections to Interstate 37 and Highway 181.

“There is no distance that our team won’t go in order to meet the growing needs of our customers,” said James Fowler, managing director for marine and stevedoring operations for Cooper Marine & Timberlands. “Our stevedoring team is comprised of the industry’s most experienced and dynamic team, and we’re excited to expand our customer-centric bulk cargo handling services to the great state of Texas and Port of Corpus Christi.”

With a fleet of more than 20 towing vessels and 400 barges, CMT is one of the largest stevedoring and inland marine towing service providers in the United States. Headquartered in Mobile, Ala., Cooper Marine & Timberlands is a wholly owned subsidiary of Cooper/T. Smith. Besides the new operation in Corpus Christi, CMT operates two deep-draft terminals at the Port of Mobile, along with inland terminals in both Alabama and Mississippi.

Caption for photo: Bulk Dock 1 at the Port of Corpus Christi.