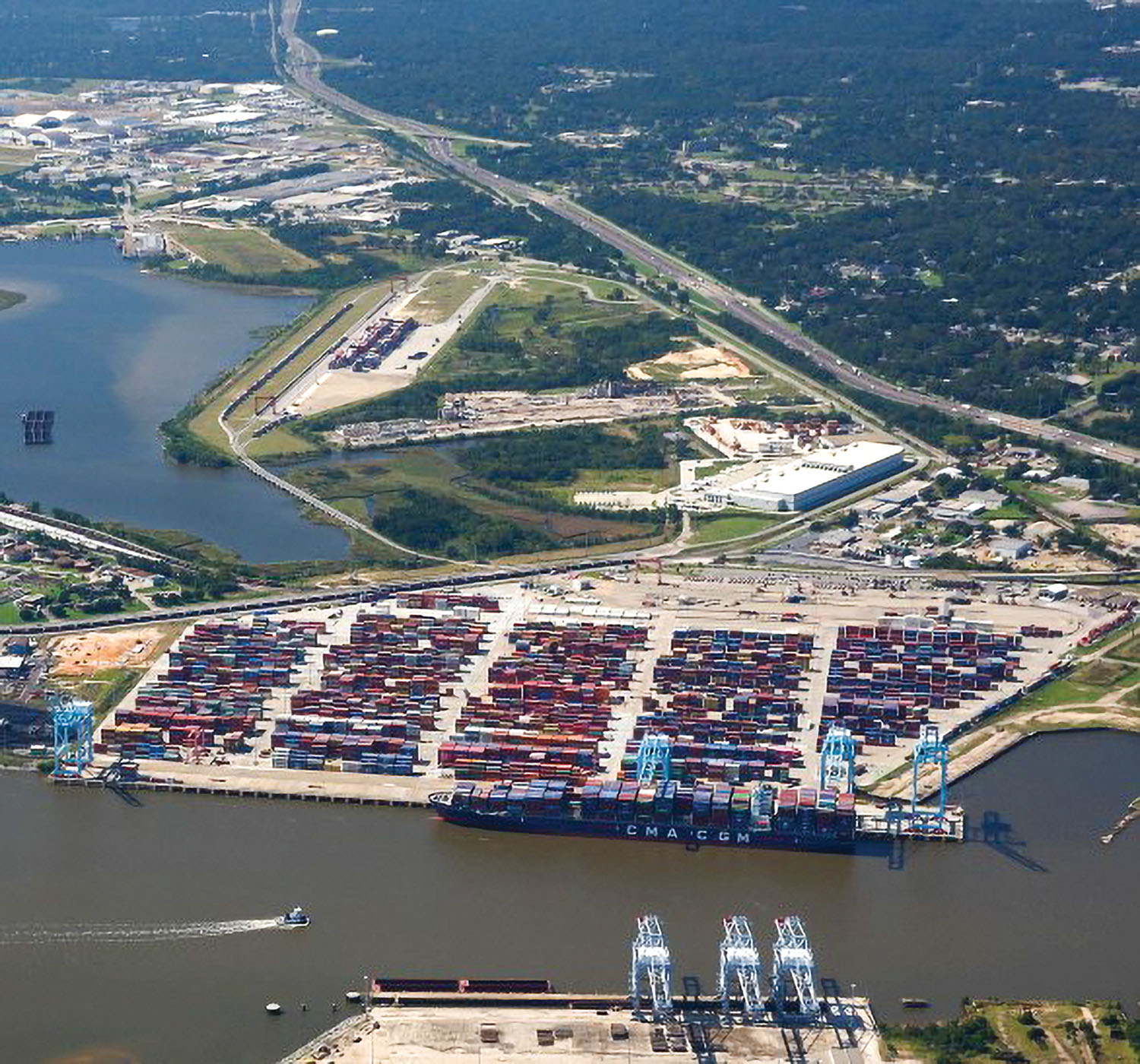 The competitive grant was part of the Consolidated Appropriations Act of 2021.

“This is one of the most impactful federal grants during my time in Congress,” Sen. Richard Shelby (R.-Ala.) said in a statement. “Mobile is uniquely positioned to become a major transportation hub, with infrastructure already in place for maritime, rail, aviation and highways. … Our Gulf Coast and the entire state of Alabama stand to benefit immensely from this funding in ways we can only imagine. Mobile has a lot to offer, and I am thrilled that we are utilizing its existing infrastructure to create a new transportation hub and economic power source for the entire state.”

With its share of the $100 million grant, the Port of Mobile will build a bridge at the port’s container intermodal complex that will connect the marine terminal with the intermodal container transfer facility (ICTF) terminals and the logistics park nearby.

The port will also use the funds to invest in infrastructure and site development ahead of the construction of distribution centers.

“The timing of this grant could not be better,” said John Driscoll, director and CEO of the Alabama Port Authority. “The port is progressing nicely on the channel modernization program, and we just closed out calendar year 2021 with unprecedented growth at our container intermodal facilities. As we move into our fourth container terminal expansion, this port is poised to deliver cost-effective, reliable and efficient freight and intermodal cargo service for underserved logistics markets regionally and across North America.

Building the bridge from the marine terminal will allow the ICTF and the logistics park to become “on dock” assets and eliminate the use of a public road move between facilities. Keeping freight within the port means no special weight permits will be needed to transfer containerized goods between the marine terminal and ICTF. In addition, yard equipment can be used for transferring containers between facilities.

“This grant is transformative for our gateway,” said Judith Adams, vice president of internal and external affairs for the Alabama Port Authority. “The collaborative partnership with the city of Mobile and its airport authority will leverage air, water, rail and highway assets at the Port of Mobile to provide shippers optionality and efficiencies in moving products to and from international and domestics markets.”

“We are incredibly thankful for the opportunity this funding creates,” said Chris Curry, president of the Mobile Airport Authority. “For residents, this move means more direct flights and lower fares. The new international terminal also creates expanded air freight capacity, and that will spur continued economic growth and success on the Alabama Gulf Coast.”

The airport authority intends to build the new terminal without having to finance the project.

“We owe a tremendous amount of gratitude to U.S. Sen. Richard Shelby,” said Elliot Maisel, chairman of the Mobile Airport Authority. “This project would not be possible without his support and leadership. This investment puts us closer to our goal of building a new terminal debt-free, and that’s exciting. By avoiding debt, we can keep costs low for airlines and pass those savings along to our customers.”