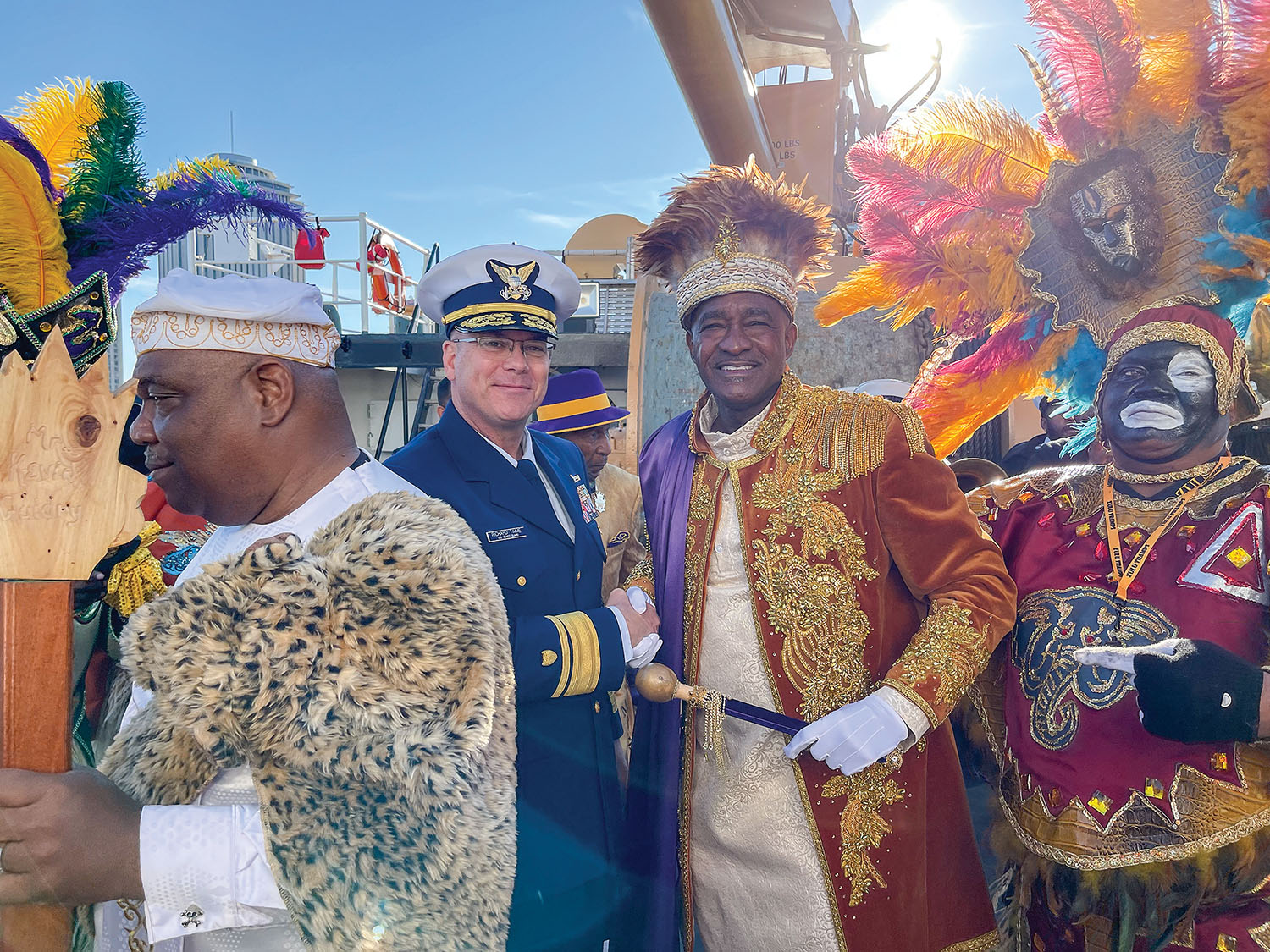 Each year, the Coast Guard participates in a New Orleans Carnival tradition by transporting the King of Zulu and his entourage from the Port of New Orleans administrative building to Spanish Plaza, on the bank of the Mississippi River near the French Quarter, where he meets Rex, King of Carnival.

“The Coast Guard was honored to participate in and contribute to a safe and secure 2022 Carnival season,” said Rear Adm. Richard Timme. commander of the Eighth Coast Guard District. “Coast Guard units have participated in the Mardi Gras celebrations for decades. Being able to deliver Rex and Zulu aboard a Coast Guard cutter on Lundi Gras offers us a fitting place in the New Orleans Mardi Gras traditions. We take great pride in our ability to immerse ourselves in similar community activities around the country, but New Orleans Mardi Gras sets a high standard. We remain truly grateful to the

City of New Orleans and surrounding parishes that support our members and their families during their assignments to this area.”

The roots of the river-centric traditional start of Mardi Gras go back to 1874—two years after the founding of the Rex Organization, which is officially called “The School of Design”—when that year’s King of Carnival first arrived by boat before being transported by carriage to City Hall.

This was not Timme’s first Carnival season in New Orleans as a member of the Coast Guard, but he said it was definitely his most active Mardi Gras yet.

“I was previously stationed at Marine Safety Office New Orleans when I was a lieutenant in the 1990s,” he said. “While I was able to attend many parades during that assignment, this was my first opportunity to ride floats in multiple parades. In addition, attending a number of Mardi Gras balls gave me a new appreciation for Carnival traditions in the city.”