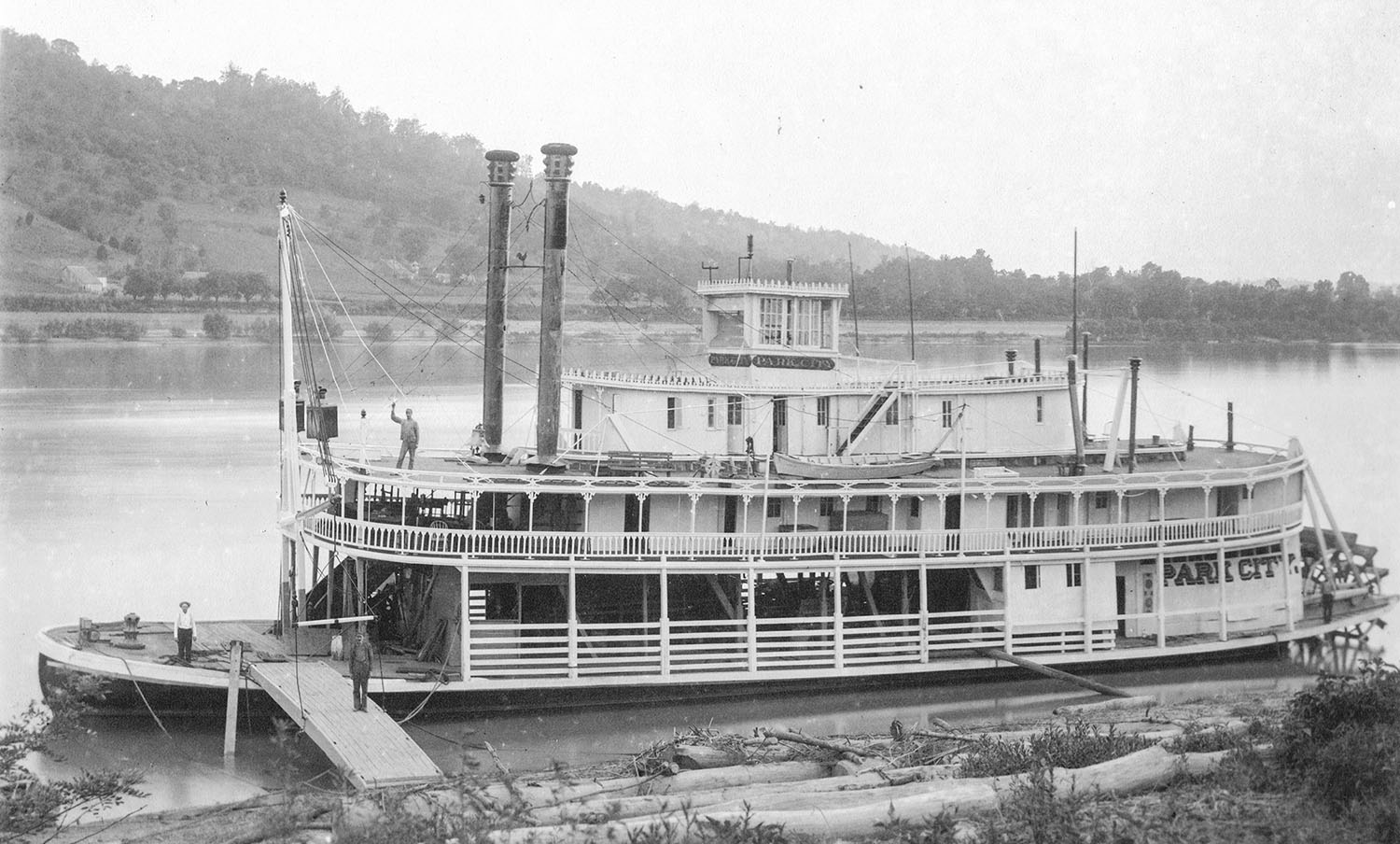 Editor’s note: Keith Norrington is retiring as Old Boat columnist for The Waterways Journal after a decade of weekly columns. His final column will appear April 4; until then, we are rerunning several of his favorite columns.

Built in 1883 by the Axton yard at Brownsville, Pa., the pretty sternwheeler Park City was originally named Gayoso. Constructed on a wooden hull measuring 127 feet in length by 28 feet in width, the steamboat was owned by the famous Lee Line of Memphis, Tenn.

The vessel ran in the Memphis-St. Francis River trade until it was sold in early 1895 to Capt. Elmore Bewley, who took the boat to the Ohio River to run in the Evansville-Green River trade.

In 1897, the name of the steamboat was changed to Park City. While operating on the Green, Jake Hettinger, Jett Hines and J. Edgar Williams were among those who served as clerks. Jett Hines later married Ida Williams, sister of the Williams brothers who operated the Evansville & Bowling Green Packet Company; their sons later operated the James R. Hines firm at Bowling Green.

According to records, two crew members of the Park City are listed as having lost their lives while serving aboard the riverboat. Chief engineer Joseph Williams fell overboard and drowned in 1898 while the boat was near Burk City, Ky. The following year, on August 8, 1899, the carpenter, Joseph Allison, fell into the river and drowned as he was working in the paddlewheel while the boat was moored at the Evansville wharf.

As to other events involving the Park City, the boat was involved in a collision on the Ohio River with a small vessel named the Blanche on December 30, 1899. A steam propeller tug (with a wooden hull measuring 92 feet in length by 17 feet in width) of this name is documented as being built at Evansville, Ind., and operating out of that city in the late 1890s. Damage was listed at $600, and the pilot’s license of Capt. Robert Runge was suspended for 60 days by the steamboat inspectors, with the cause of the accident attributed to unskillful navigation; however it is not clear as to which vessel Runge was aboard. The Park City broke its sternwheel shaft on January 24, 1900, while en route from Bowling Green to Evansville; fortunately there were no injuries, and the total cost of damage was $150.

During the final years of the boat’s operation, the Park City operated in the Kentucky River trade, based out of Louisville. Bad luck continued to plague the riverboat, for on June 30, 1909, the sternwheeler struck the lower wall of Kentucky River Lock No. 8, tearing off the starboard guard from the bow stem aft for a distance of 15 feet as well as breaking one plank from the stem; damage was estimated at $100.

While downbound on the Kentucky near Sunny Side Landing on December 6, 1909, the Park City struck an underwater obstruction, tearing a large hole in the hull on the starboard side. The steamboat sank in two minutes in 20 feet of water and was a total loss. No lives were lost, and no one was injured; the value of the boat was listed at $7,000, with loss of cargo estimated at $1,000.

Caption for photo: The steamer Park City at a landing. (Keith Norrington collection)