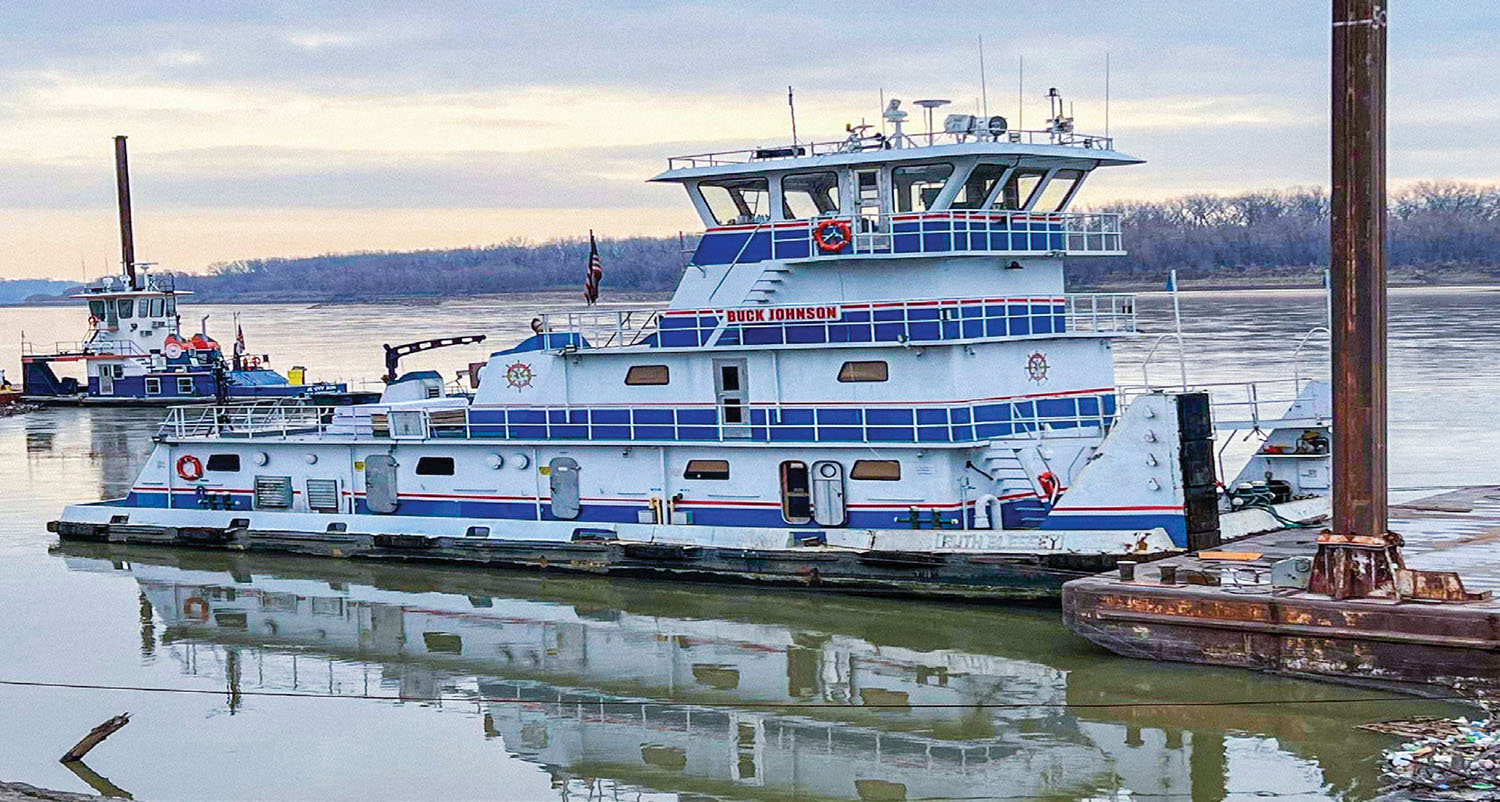 Budrovich Marine, one of the business units in the Budrovich family of companies, recently purchased a 2,400 hp. towboat. It is the fifth vessel in the Budrovich fleet and is the largest, most powerful boat the company owns.

Previously named the mv. Buck Johnson, the vessel was owned by Imperial River Transport LLC in Belle Vernon, Pa. It is an 80- by 29-foot twin-screw towboat built in 1980 by Verret Shipyard.

Budrovich renamed the vessel the mv. Justin B in the memory of Justin Budrovich, who tragically passed in 2019, according to Mindy Brundick, vice president of marine operations. He was the son of owner Jeff Budrovich.

“Two other boats in our fleet are named for extraordinary people,” Brundick said. “The Sam B is named after the founder of our company, Sam Budrovich Sr., and the Brian Brundick is named after a longtime employee.”

He added, “The new towboat will be our workhorse boat, and we will utilize it when we have jobs that require heavy workloads and need to push heavy loads on the river.”Budrovich recently finished an extensive project with Ameren Missouri at the Meramec Power Plant. This two-month project involved the demolition of an old barge unloading facility along the Mississippi River. Brundick said, “Along with dismantling everything on the river cell, we took down the conveyor leading up to it.”

Caption for photo: Shown here as the Buck Johnson, the towboat was recently renamed Justin B by Budrovich Marine.