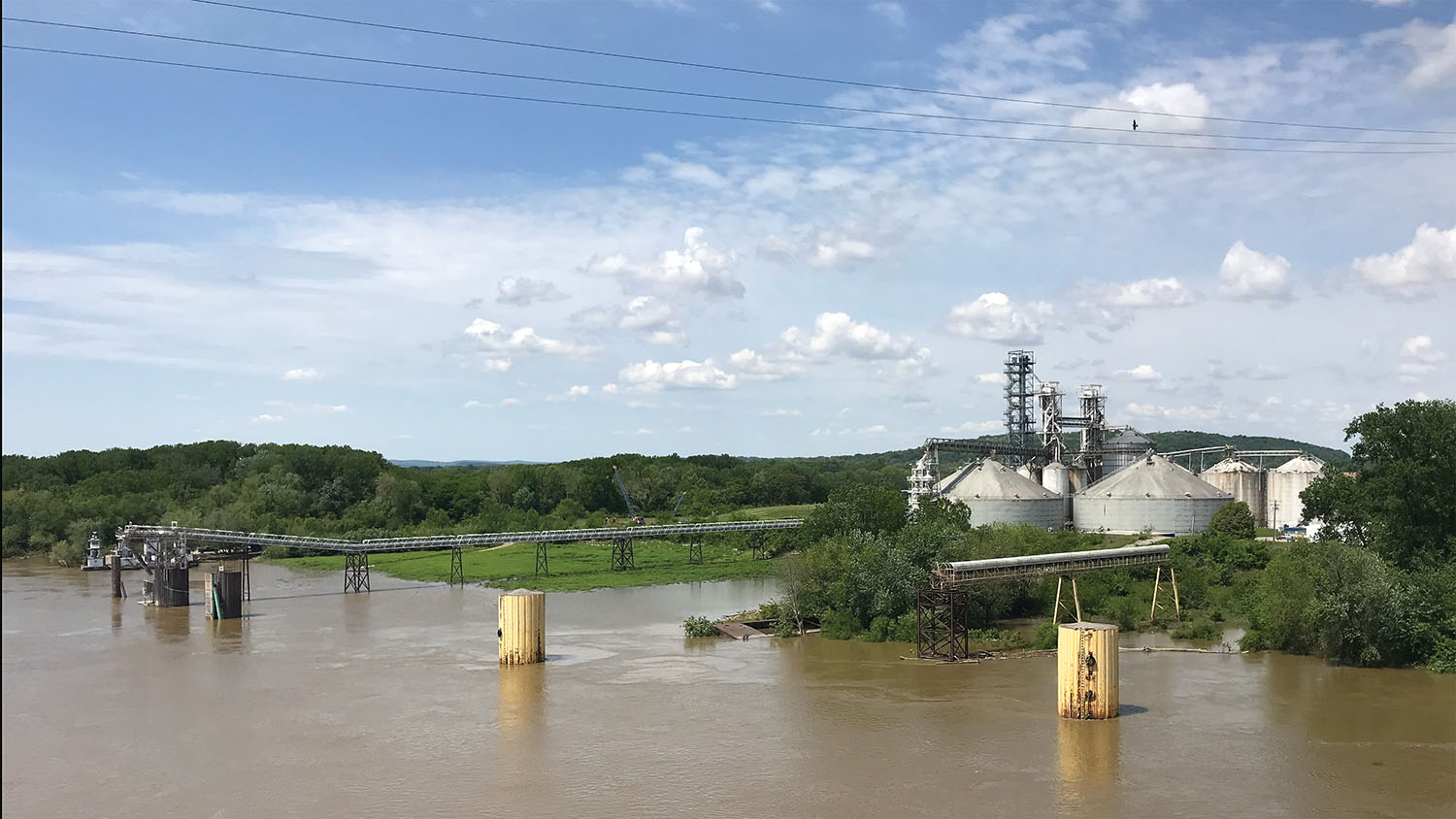 A former coal-loading facility is being transformed into one for offloading fertilizer as part of a $14.1 million public/private investment along the Ohio River in Old Shawneetown, Ill.

SGI will invest $3 million, including a barge and material-handling equipment, and will unload the fertilizer at the site, Scates said. A Rebuild Illinois Port Facilities Capital Investment Grant award of $11.2 million will pay for the installation of a 1,200-foot conveyor to adjoining port property, where a 400-by-150-square-foot building for blending and storing 20,000 tons of fertilizer will be built, said Steve Galt, port secretary/treasurer.

Elevar Agri-Solutions signed an agreement with SGI River Terminal just this past week to move fertilizer through the facility, Scates said. Eventually, he said, the project could lead to the unloading, blending and storage of 120,000 to 130,000 tons of fertilizer annually.

“We’re excited about working with the Scates Group to bring another alternative for fertilizer supply and logistics to the agriculture community of southern Illinois and Kentucky,” Elevar Agri-Solutions President Darrin Boster said.

Scates said he thinks the project is not only good business but will be a benefit to the entire region.

The project came about after SGI River Terminal purchased property at Ohio River Mile 853 previously owned by River Materials, which was affiliated with Peabody Coal. Peabody Coal had been active in the area since the 1960s but ceased operations in the region in 2021.

The property lease allowed what had until then been a land-locked port to have access to river frontage, Scates said. Subsequent to the agreement, the port acquired additional acreage, including river frontage, from Peabody Coal about one-quarter mile downstream, Galt said. That expanded the port from 50 to 150 acres. Existing assets include an asphalt pad capable of holding 750,000 bushels of outdoor stored grain.

Shawnteetown Regional Port District President Steve Downen, Galt and Scates discussed the availability of the state grant program along with the need for Shawneetown to replace the jobs eliminated when the coal-loading facility closed and with the abundance of agricultural production already taking place in southeastern Illinois.

Galt said the project makes sense as it will lower costs to unload fertilizer locally instead of in Mount Vernon, Ind., or Henderson, Ky.

“It saves a bit on trucking for the companies,” he said.

With Viserion Grain LLC just to the south, it also creates opportunities for truckers to drop off grain and pick up fertilizer in a single trip, he said.

Moving the fertilizer by river is not only more cost-efficient, but it also is safer, more environmentally friendly and reduces wear and tear on area highways, Scates added.

Because the existing two mooring cells are already permitted by the Corps of Engineers, the project is “shovel-ready,” Galt said. He said the hope is for construction to be complete by the end of the year.

Construction could provide 200 to 225 jobs, he said. Once up and running, Scates said he expects the facility will employ up to eight full-time workers, along with an additional 20 to 30 new trucking jobs. Galt said an additional 12 to 15 jobs could come in barging and fleeting and that he has already been in contact with nearby Shawnee Harbor Fleeting about service to the site.

Additionally, he said, a second phase of the project is already being prepared that would allow the offloading of liquid fertilizer at the property.

“Working with the port authority to revitalize this port is not only important to our family but, I think, to everyone in the region,” Scates said.

He added that he thinks the Shawneetown Port is one of the most underutilized ports on the Ohio River with easy road access via Illinois Highway 13 and the neighboring bridge into Kentucky.

“I think this project will highlight the port and will bring in other businesses not related to this,” he said. “They are going to see the location of this port as vital to southeastern Illinois.”

Caption for photo: Yellow mooring cells mark where a barge equipped with a material handler will be placed as part of an estimated $14.1 million fertilizer offloading project in Old Shawneetown, Ill. The Shawneetown Regional Port Authority and Scates Group Intermodal River Terminal LLC have partnered for the project, which includes construction of a conveyor and fertilizer blending and storage facility. Elevar Agri-Solutions has signed an agreement to move fertilizer through the facility once constructed. (photo courtesy of Scates Group Intermodal River Terminal LLC)