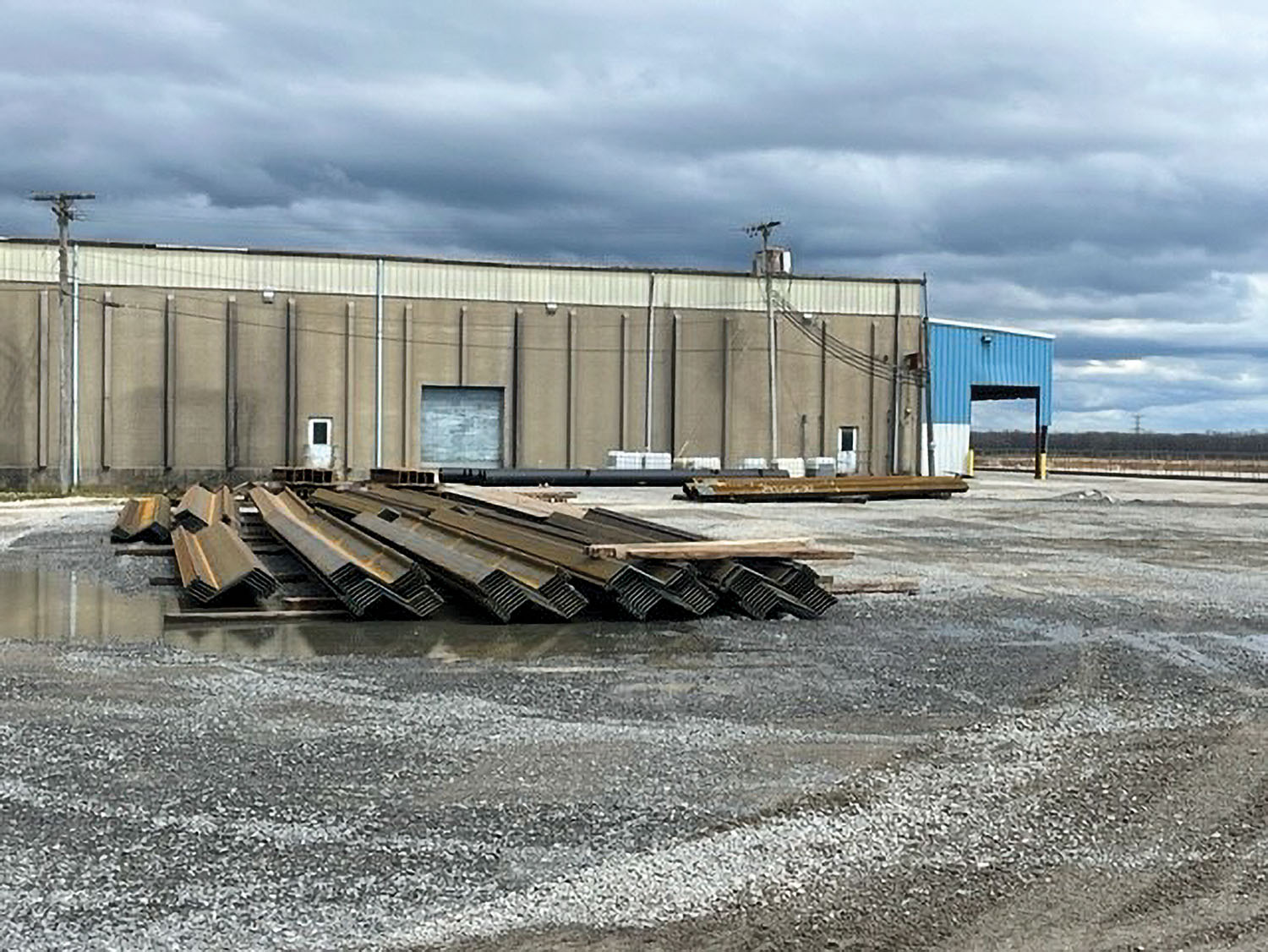 The 200-foot cargo dock is being built on the mooring line at the 377-foot elevation on the Ohio River at Mile 759. It is being constructed of sheet piles with a poured concrete surface. The dock’s construction will ensure that during normal pool, the port has access to two docks for loading and unloading.

Previously, the port had a lower elevation road that was inaccessible to vehicles once the river reached 28 feet. For the past three to five years, that has meant high water has made it inaccessible roughly 20 percent of the year.

The collapse of a section of an aged retaining wall along the lower port access road presented the opportunity to shore the wall up and build it back to an elevation 8 feet higher, as well as adding 24-inch thick concrete at its base. That initial phase of the project was completed last year.

The port’s board of directors allocated up to $2.5 million earlier this year for the second phase, which involves construction of the dock. That will involve pre-building of 22 sheet pile sections on land that will then be hoisted and driven into place in the river before they are tied back into place with deadmen, said Brian Wright, the port’s executive director.

The new dock will still be subject to flooding about 5 percent of the year, but far less than at the old location, Wright said. The board selected the elevation so that at normal pool both it and the existing high-water dock at the 391-foot elevation can be used.

“What’s that going to do for us is it’s going to open up our capacity for being able to load or unload river barges simultaneously,” Wright said.

Hartz Contracting of Owensboro won the bid for the contract, at $1.66 million, at the board’s February 24 meeting. It was one of four bids the port authority received during a second round of bidding. All bids were rejected during the first round after they came back over budget due to the rising cost of steel. The project was then redesigned before being let for bid a second time.

As part of the project, the port will separately bid out the purchase of crushed stone and will provide the labor for its installation. The total cost of construction, including the dock, crushed stone, engineering, testing and construction management is expected to approach $2 million.

Wright said he excited by the opportunities presented by having the second dock.

“Our intent is to build for the future,” he said. “At the end of the day we’ve got to be able to access the river as much as possible, and this new cargo dock has been a long time coming.”

Although it could vary depending on weather conditions, construction is expected to be complete by the end of June.