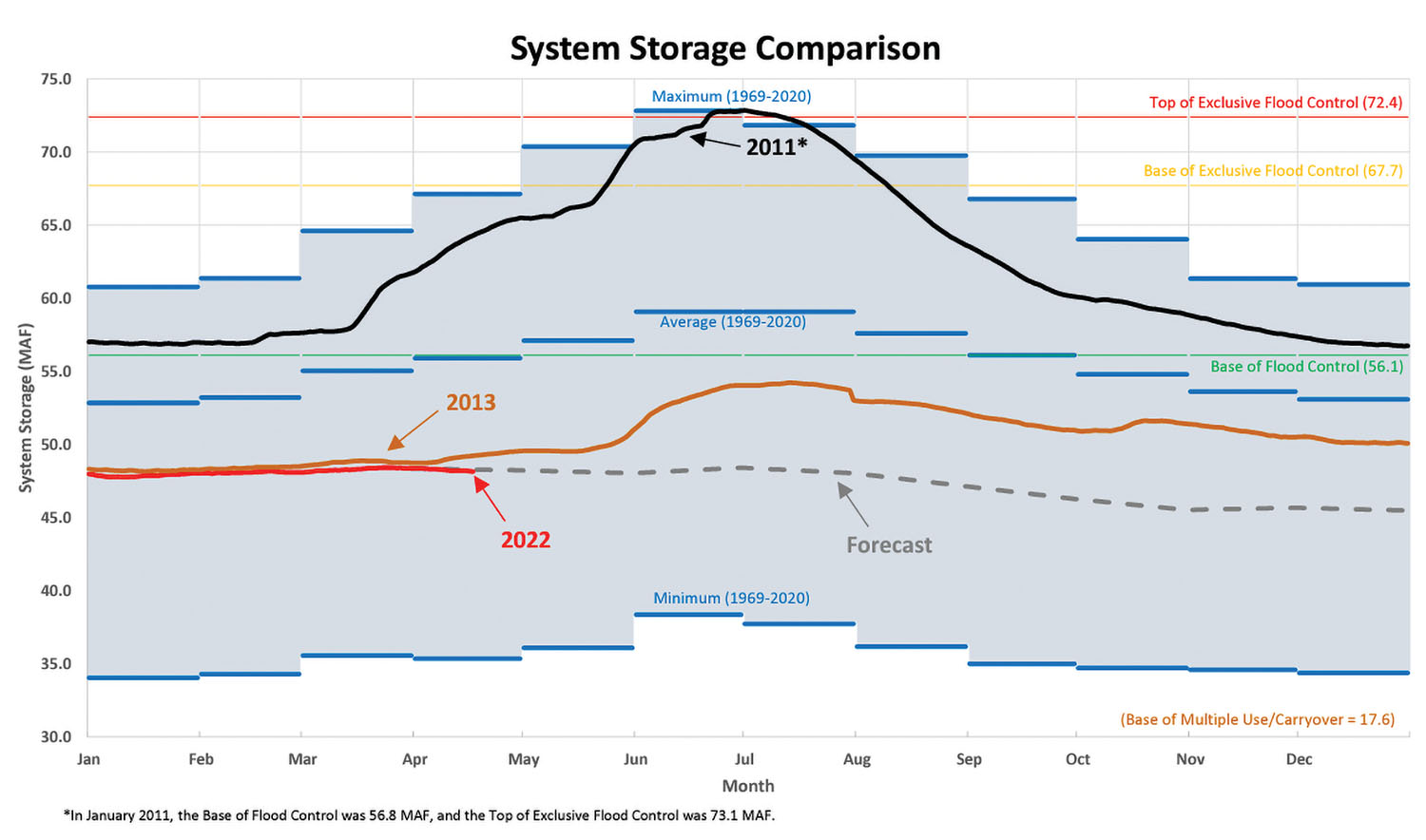 The mountain snowpack appeared to have peaked in late April, but recent storms and cooler temperatures have resulted in additional snowpack accumulation, the Corps said. Snow over the weekend increased the snow water equivalent in both reaches, with the May 1 snowpack in the reach above Fort Peck and in the Fort Peck to Garrison reach at 86 percent and 94 percent of their normal peaks, respectively. The late season mountain snowpack has slightly increased runoff projections for May, June and July in the Fort Peck and Garrison reaches.

Gavins Point Dam releases will provide minimum-service navigation flow support at all four target locations (Sioux City, Omaha, Nebraska City and Kansas City) through July 1. Flow targets may be missed to conserve water if there is no commercial navigation in a given reach, the Corps said. Minimum-service flow targets range from 25,000 cfs. at Sioux City, Iowa, to 35,000 cfs. at Kansas City.