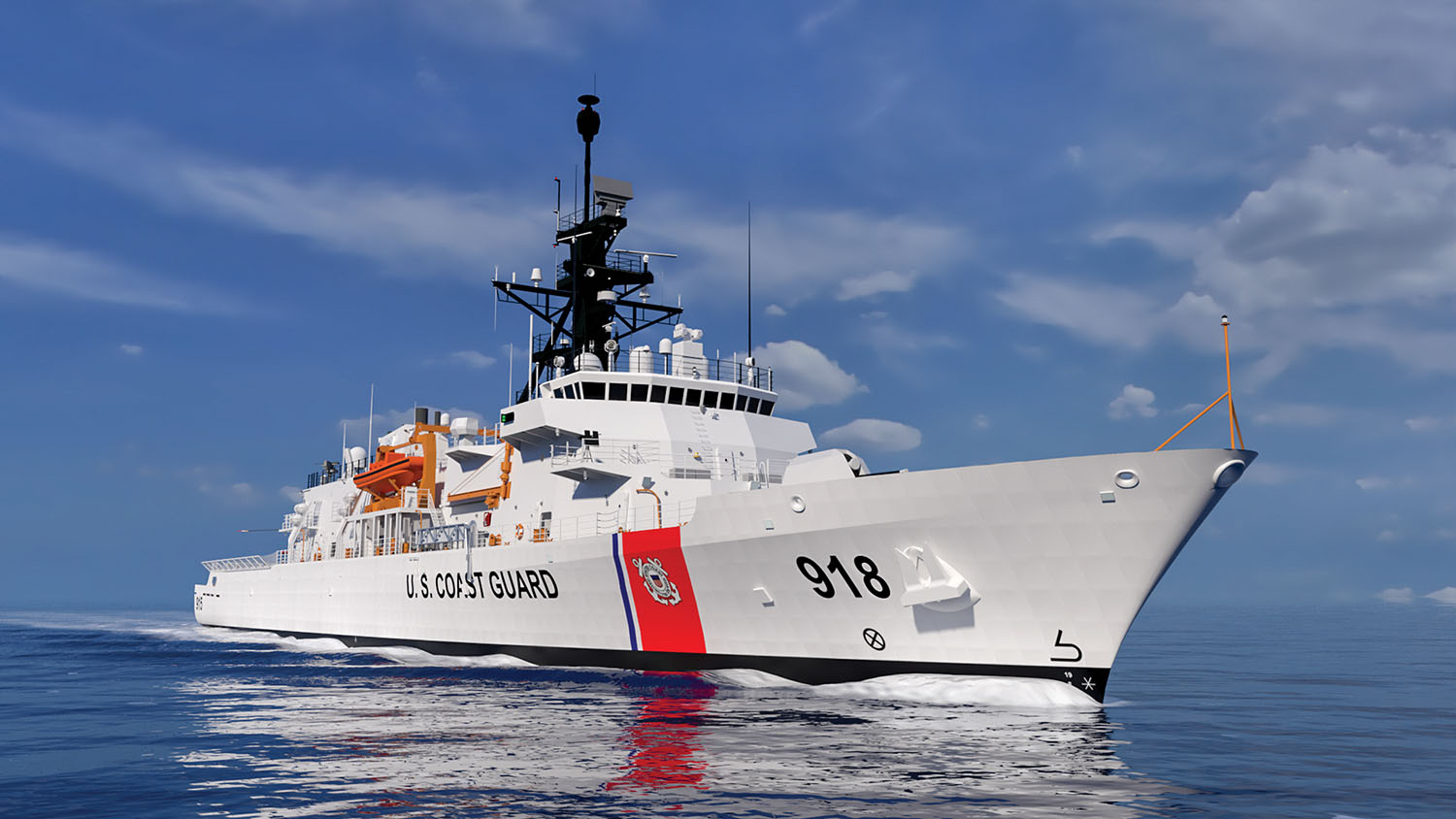 The company announced the contract in an April 26 news release.

“The OPC will form the backbone of the service’s future fleet around the globe,” Eastern Shipbuilding said. “ESG has worked hard to earn this opportunity and is honored to be chosen to perform this important work for the United States. ESG, in collaboration with its partners, produced the winning design of the OPC and was awarded detail design and construction of the first hulls in 2016. The new OPC designs reflect cutting-edge technology and will replace the service’s 270-foot and 210-foot medium endurance cutters, which are becoming increasingly expensive to maintain and operate.”

“This follow-on award signifies the OPC team and our partners continue to provide quality craftsmanship and unparalleled service,” he said. “We have a focused vision to support the OPC Program with shipbuilding excellence and provide the country with a long-term industrial capability that can produce exceptional vessels that support national security interests,” he said.

As prime contractor, ESG has successfully achieved program goals and mitigated the impacts of COVID-19 and current supply chain challenges, the company said. Eastern Shipbuilding expects to christen the first vessel this year, is nearly halfway through completion of the second vessel and will host the keel authentication of the third OPC in a few weeks.

“We utilized state-of-the-market technology, design and construction methodologies to offer a more capable vessel than legacy assets currently in service,” D’Isernia said. “The innovations built into the OPCs were designed for sustainability and endurance and come from the ingenuity of the best engineers and manufacturers in the world. We thank the hundreds of partners and employees in the thirty-four states supporting us in this effort.”

Construction is taking place at ESG’s Nelson Street Shipyard in Panama City, Fla., a facility that is optimized for multi-hull construction of the OPC.

ESG survived the third largest U.S. hurricane in 2018 and has fully rebuilt its operational facilities, the company said. Additionally, it has made infrastructure investments from $50 million in state appropriations and economic development grants that benefit the OPC project with enhanced manufacturing capabilities and efficiencies that reduce cost and schedule risk. These infrastructure investments include an aluminum fabrication facility specifically designed to support full construction of the OPC aluminum superstructure in a covered and controlled environment. ESG has also completed launch way upgrades, upland bulkhead upgrades, construction platen expansions and waterway deepening projects to further enhance ESG’s capability to launch and deliver two OPC sized vessels per year.

At its Allanton Shipyard, ESG has constructed a state-of-the-art C5ISR Production Facility to conduct testing and integration of navigation, communication and command and control, equipment and simulators on premises prior to final installation on the vessel.