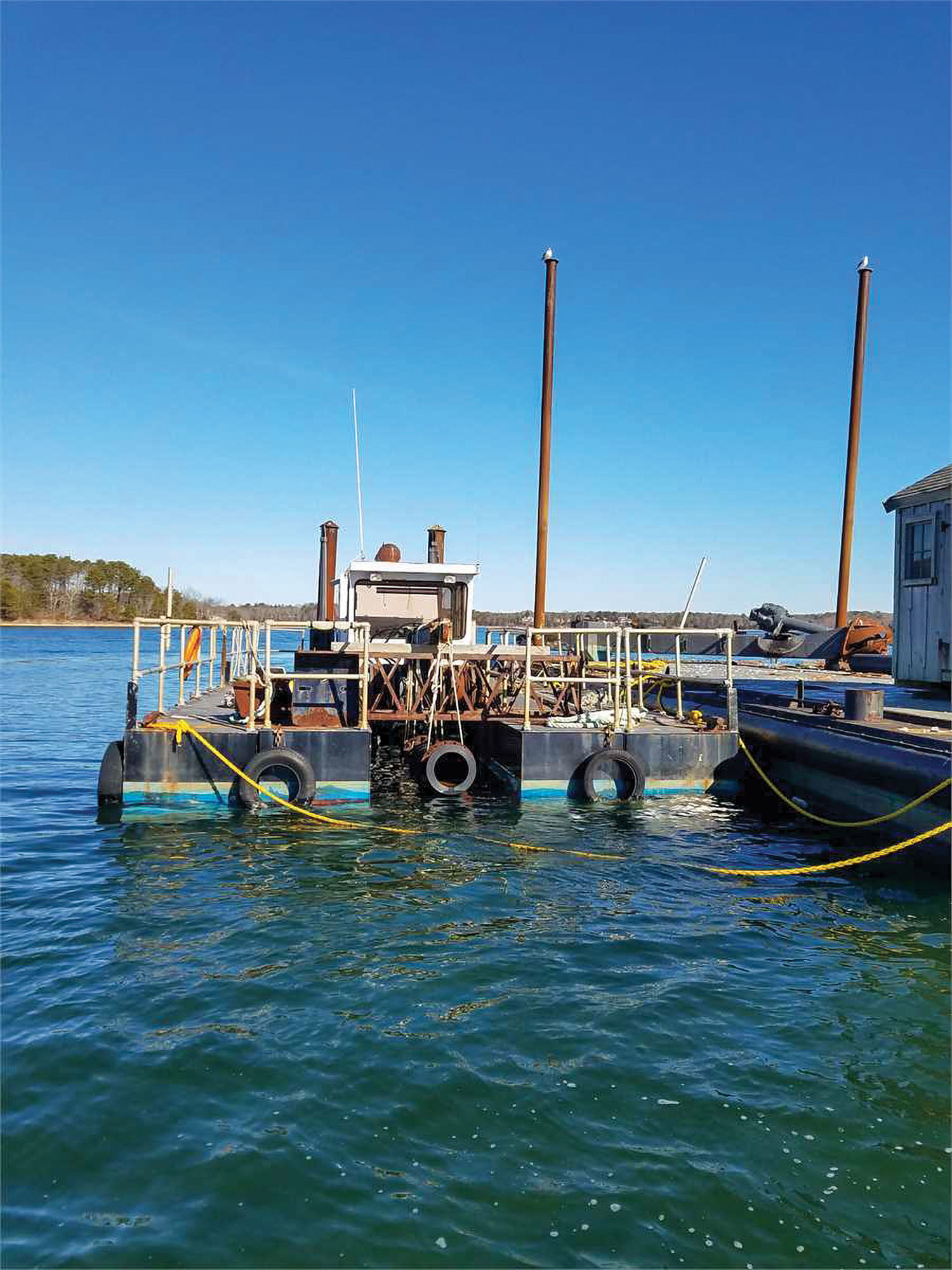 A Massachusetts county is auctioning off a cutterhead dredge online with bidding accepted until May 23.

Barnstable County Dredge in Barnstable, Mass., is auctioning the Cod Fish I, an Ellicott 670 dredge boat, on municibid.com, the government auction website. Anyone can bid.

The dredge is being offered in “as is” condition. The starting bid is $25,000. A buyer’s fee of 9 percent will be added. It must be picked up and cannot be shipped.

Auction organizers said the auction is helping to circumvent supply chain issues as dredging is important in maintaining waterways. Proceeds from the auction benefit the Barnstable community.

“The boat would be perfect for a business that offers dredging services, marinas or towns that want to improve their coastline and keep channels clear after storms,” Barnstable County Dredge said.

Originally purchased in 1996, the Cod Fish I was the only dredge used by Barnstable County for the dredging of sand in the coastal marine environment on Cape Cod since it was placed into service. For the last season (2020–2021), it was only used as a booster station for three projects. It saw minimal work over the past five years, as the county purchased two new Ellicott dredges.

“The county dredge program is a public works success and is critical for our region because it helps maintain the changing coastal landscape while protecting its environmental and economic vitality in addition to offering each town a significant cost savings,” Barnstable County Dredge said. “Since 1996, the county dredges have removed approximately 2.3 million cubic yards of material from 300 projects. Ninety-five percent of that material went to rebuilding the beaches around Cape Cod.”

As part of Barnstable County’s equipment replacement plans, the proceeds from the sale of the Cod Fish I will be put toward the purchase of a replacement pushboat and/or a replacement barge.

Some modifications were made to facilitate its use as a booster station. The digging ladder was removed. The piston and plumbing for the ladder hoist are still in place and operational. The cutterhead hydraulics have a loop under the lever room so the dredge can be run. The hydraulic lines and case drain for the cutterhead motor have been removed and disposed of. Also, the pins to install the ladder were cut out, and new ones need to be manufactured to put the ladder on. The holes for the pins were not cut, and the county said they are “in good shape.”

All hydraulics minus the cutterhead circuit were operating properly when the dredge was being used as a booster, the county said.

The dredge hydraulic system is filled with biodegradable oil. The dredge is on its third suction tube in the ladder. The last one was replaced six years ago. During the last two years, the ladder has not been on the dredge because it was used as a booster station.

The engine was removed and rebuilt by Brooders in Rhode Island five years ago. There are 5,989 hours on the rebuild. The total hours on the dredge are unknown.

Caption for photo: The cutterhead dredge Cod Fish I is being sold at a government surplus auction website. Bids are being taken until May 23. (Photo courtesy of Henderson Public Relations)