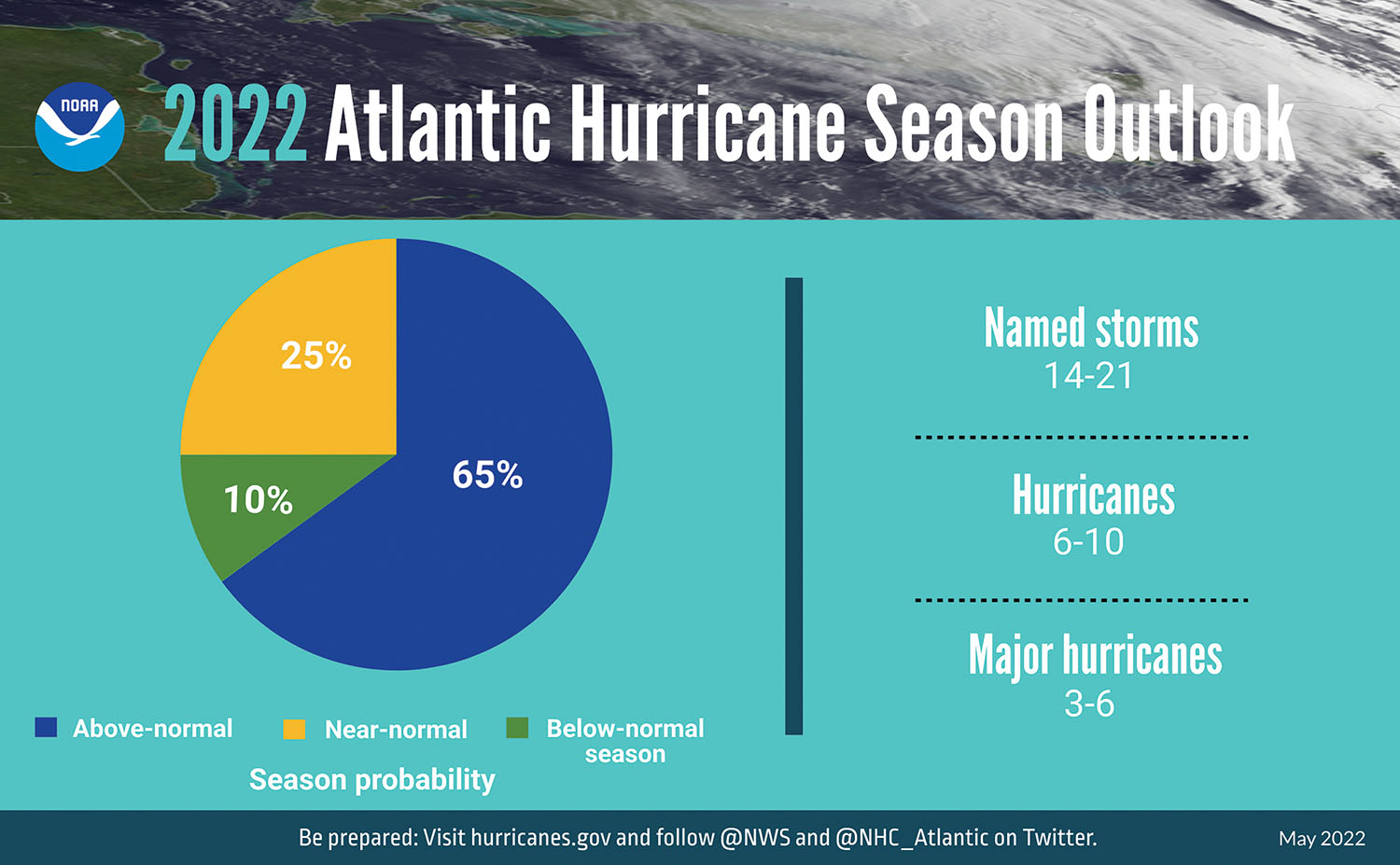 Waterway stakeholders from across the Gulf Coast region gathered in New Orleans May 26 at the Port of New Orleans’ headquarters to discuss the 2022 Atlantic hurricane season forecast from the National Oceanic and Atmospheric Administration (NOAA), reflect on the tumultuous 2021 hurricane season and review the group’s Joint Hurricane Response Protocol. The protocol, now in its 16th year of use, offers a framework for how the maritime industry, levels of government and federal agencies can cooperate and coordinate actions before a storm makes landfall and after it passes.

Rear Adm. Richard Timme, commander of the Eighth Coast Guard District, opened the meeting by recalling when he first received word in January 2021 that he would be succeeding John Nadeau at the Eighth District.

“A few months later, I called John Nadeau, my predecessor, and I said to John, ‘I’ve been laying awake thinking about hurricanes,’” Timme recalled. “He said ‘Stop. There’s a team in place across the Gulf … that have gone through and become battle-hardened veterans on this.’ He said, ‘You can stop worrying about your team.’”

Timme then contrasted a military concept of “unity of command” to the concept in the Coast Guard and, more generally, disaster response operations of “unity of effort.”

“The collaborative approach of all our collective responses, because there is no single chain of command to a unified commander in chief of a hurricane,” Timme said. “It is a shared responsibility across levels of government, states, different federal agencies, and that mindset of unity of effort gives rise to the fact that we need to collaborate rather than direct everybody on how they’re going to respond.”

Timme then turned to the world of baking, describing the tiers of local, state and federal government to a “layer cake.” That approach to the chain of command, Timme said, doesn’t work in a disaster.

“The competing theory is marble cake,” Timme said. “How do you make a marble cake? You swirl it. There are different connections from every level. … That kind of relationship, that flexibility of how we approach, is key to being able to respond nimbly and adequately to these disasters.”

Lauren Nash, warning coordination meteorologist for the National Weather Service in New Orleans, then overviewed NOAA’s hurricane season forecast for this year. NOAA is predicting a 65 percent chance of an above-normal hurricane season. Officially, the agency is predicting 14 to 21 named storms (those with winds of 39 mph. and above), six to 10 hurricanes and three to six major hurricanes. A major hurricane is a storm with 111 mph. winds or higher.

A major contributing factor to recent active hurricane seasons is La Niña, a recurring weather pattern in the Pacific Ocean that leads to lower wind shear and warmer sea temperatures in the Atlantic, which in turn can lead to stronger and more frequent tropical cyclones in the Atlantic Ocean, Caribbean Sea and Gulf of Mexico.

Nash said there is close to a 60 percent chance that La Niña persists through the winter.

Nash encouraged waterway operators to always base weather-related decisions on reputable resources like the National Weather Service and NOAA, rather than social media personalities or hobby websites. She pointed to one weather site which recently posted a screenshot of a single run of one of the hurricane models. The model run showed a hurricane making landfall along the Gulf Coast May 26, the same day as the Joint Hurricane Team’s annual meeting. In reality, there were clear skies across much of the Gulf Coast that day and no tropical weather.

“We will never hide a hurricane from you,” Nash said. “Never, ever, ever.”

Tim Osborn, part of NOAA’s Office of Coast Survey, shared a graphic depicting the landfalls of Category 4 or Category 5 hurricanes along the Gulf Coast over the past five years. There was one in each of the last five years.

Officials from the U.S. Coast Guard and U.S. Army Corps of Engineers looked at some of the impacts of Hurricane Ida, which made landfall on August 29, 2021, near Port Fourchon, La. The slow-moving-yet-powerful storm caused dramatic shoaling between Mile 18 and Mile 33 (west of Harvey Lock) on the Gulf Intracoastal Waterway. Ultimately, the Corps had to mobilize two cutterhead dredges and two bucket dredges to that area. The GIWW in that area reopened to navigation October 31, 2021.

Towboats, barges and ships near Reserve, La., on the Mississippi River got walloped in Hurricane Ida, which crawled across the river as it inched inland. Traditionally, Mile 73 on the Mississippi River has been considered the point to move barges above in case of a hurricane. Operators in the audience said, if another hurricane approaches the area this year, they will likely move much farther upriver.

“You’re going to see a lot of people getting out of Dodge, and you need to be prepared for that,” said LeBeouf Bros. Towing’s Vaughn McDaniel, who added that, in a storm similar to Ida, his company would consider moving assets as far north as St. Francisville, La.

The meeting was organized by the Gulf Intracoastal Canal Association (GICA), and GICA President Paul Dittman serves as chair of the Joint Hurricane Team. Interested parties can access and review the Joint Hurricane Protocol at gicaonline.com/hurricane-protocol.

Caption for photo: NOAA forecasts that there is a 65 percent chance of an above-normal hurricane season this year in the Atlantic.