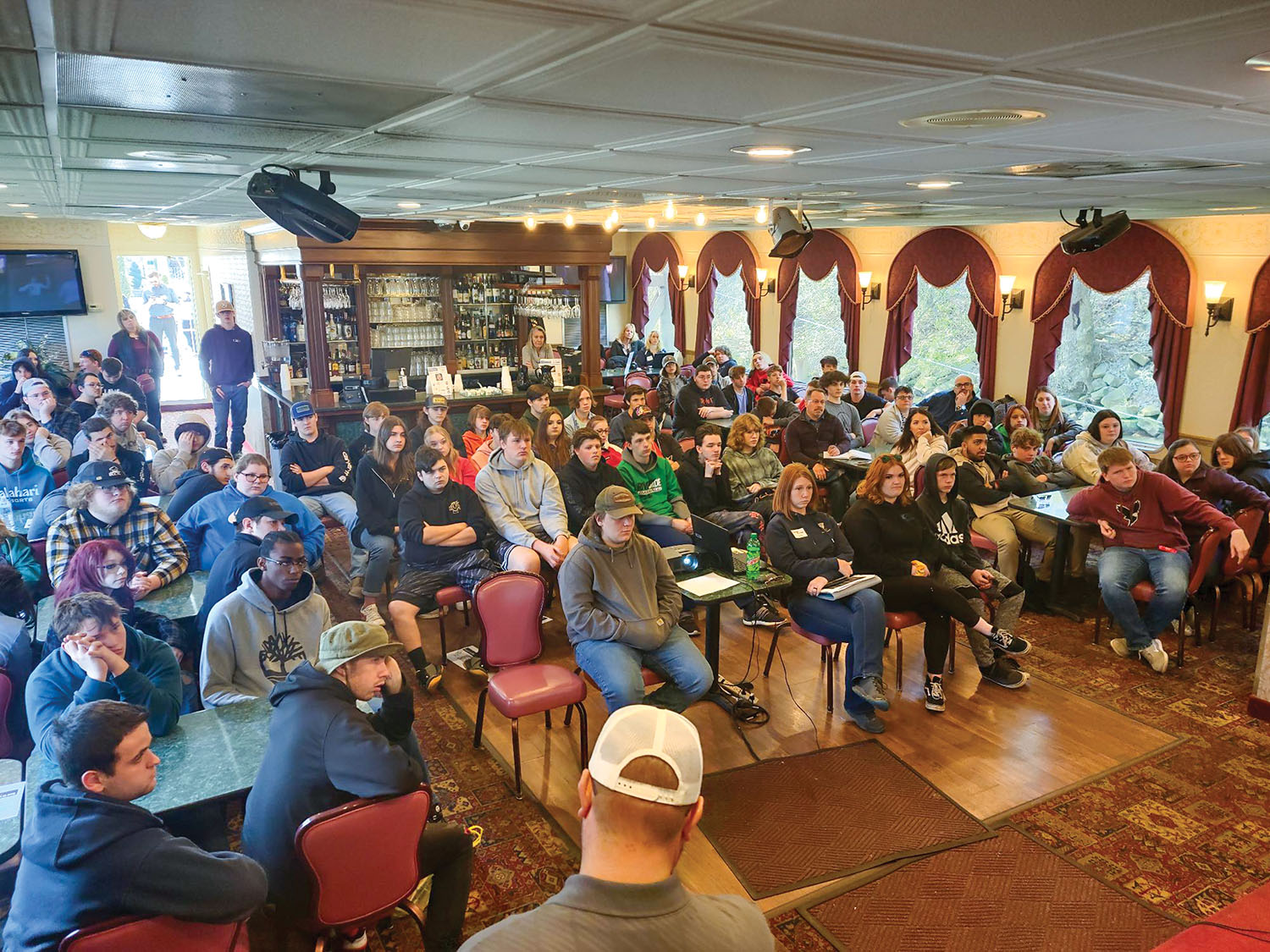 Students Learn About ‘Who Works The Rivers’

Ninety high school juniors and seniors from seven different schools learned about the river system and enjoyed a boat ride as part of the Who Works The Rivers event.

The program, presented by RiverWorks Discovery, moves from city to city. The most recent event was April 29 in Pittsburgh, Pa., held in conjunction with the Waterways Association of Pittsburgh and its member companies.

Errin Howard, program director for RiverWorks Discovery, said the event was like coming full circle as the very first Who Works the Rivers program was held in Pittsburgh in 2011.

Who Works The Rivers is unique as it includes companies that are sometimes competitors working together to present unique programming to high school students.

“They understand the importance of collaboration and getting the word out about the industry because the general public does not know, understand or is even aware of this industry,” Howard said.

The program began with videos and presentations from industry representatives who spoke about their unique roles in the industry and shared their personal stories.

“These kids were paying attention,” Howard said. “They were asking questions.”

From there the students moved on to activity stations. For the Pittsburgh event, popular stops included a winch station, one called “Tools Of The Trade,” where students got to handle a line, and a fire/emergency medical service boat.

“The kids had a stop in the wheelhouse of the boat and talked to the captain about what it means to be a captain and run the boat and see all the controls up there, but they also stopped in the engineroom and learned the importance of engineers and what it takes to keep the boats running,” Howard said.

The students also learned how commodities are shipped all over the world using the river system and why wearing personal protection equipment is important.

Following the educational sessions, students were treated to a ride on a Gateway Clipper Fleet vessel.

“They got to enjoy lunch and go on a cruise and see some of the things they had learned about that day,” Howard said.

While many people living and working around lakes and rivers may take a day on the water for granted, these students did not, Howard said.

“Many of the kids have never been on a boat before, so just the experience of being on a boat was cool and engaging for the kids,” she said.

“The deckhand demonstrations were great,” he said. “It was interesting to learn what the Coast Guard does, and the emergency rescue boat.”

He pointed out there were “jobs for everyone,” and not just college graduates.

“My kids learned a lot about careers they were never aware of, and the boat ride topped it off,” he said. “Many of these kids would never have the opportunity to experience the Clipper Fleet, so that was a great ending to the day.”

Howard thanked the roughly 20 volunteers who took part in making Who Works The Rivers an entertaining and valuable day for students.

Who Works The Rivers remains Howard’s favorite program annually, she said, noting that it is rewarding “seeing students’ eyes opened to what could be a lifetime career.”