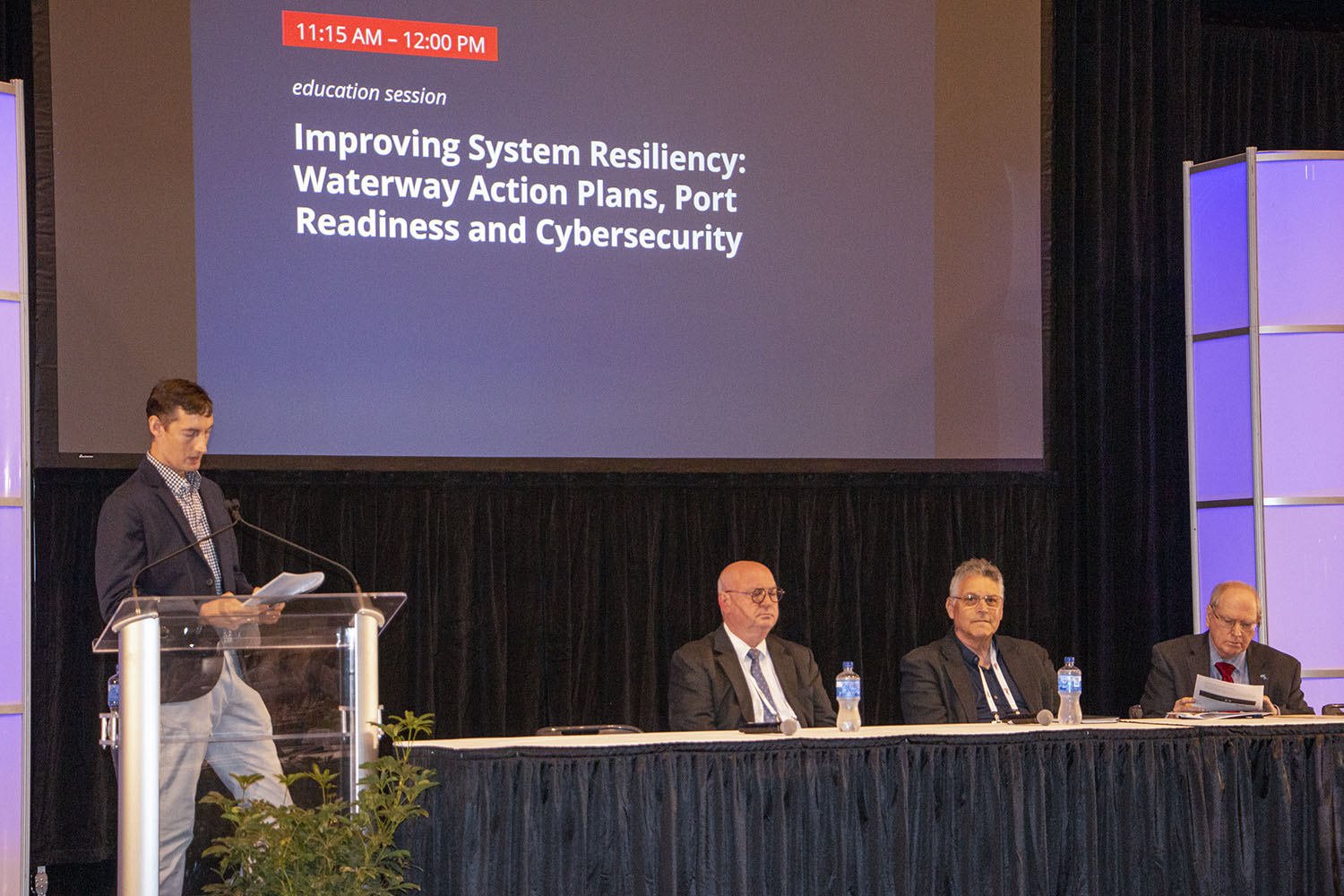 “What I’d like to do is look at a few things you can do with little money and little time,” Kearns said.

He spent most of his time talking about passwords, with the ultimate advice being, “Make them strong. Change them often.”

Kearns said users should mix in upper- and lower-case letters, numerals and symbols, and that longer passwords are stronger.

People can use information that is unique to them but easily memorable, like the initials of family members or the first letter of words in song lyrics to create passwords, he said.

They should not use the same password in multiple places and should change them about every 90 days as a rule of thumb, he said. More practically, he said, it is helpful to time company password changes with another regularly occurring event, the same way that firefighters tell people to change the batteries in their smoke detectors when they change their clocks to and from Daylight Saving Time, he said.

He noted that having multiple passwords and changing them often means keeping track of them. One way is to write them down on a piece of paper and put them in a desk drawer, he said.

“Don’t sell paper short,” he said of storing passwords. “Most hackers are nowhere near your office.”

Kearns suggested sending out a company reminder that it is time to change passwords and suggested that this should be the task of someone reliable in the office, often the same person tasked with handling money, he said. He also suggested small incentives for those who reported they had changed their passwords, like offering doughnuts.

Besides creating strong passwords, Kearns said it is also important to install updates and patches and to make backups. Company representatives should talk about how many backups to have and where to keep them, he said.

Additionally, he said, some companies might want to consider training employees on how to recognize scams, such as phishing and spoofing accounts.

Lewald began with a vision statement.

“Our intention is to help industry load to the deepest draft possible, get underway and sail at the most economic speed, to arrive in Baton Rouge two days earlier than you already do today. To do this, we need to have an information system that provides information to the pilothouse where the decisions need to be made, and also to maybe the port captains and offices around so that we can maximize efficiency of the rivers; in other words, push through as many vessels as we can.”

The pilot project to accomplish these goals is being developed in a partnership between the Coast Guard, Corps of Engineers and Trabus Technologies. It is called River Information Services Enterprise (RISE).

If successful, RISE may be expanded to other rivers.

Currently the system includes about 400 bridges and about 350 stream gauges, Celano said. It makes calculations every five minutes.

The information gathered could be especially useful during periods of high water or extreme weather events like hurricanes.

Currently, Celano said of officials, “They’re managing these crises on our rivers with paper charts, Excel files and a radio.”

The goal with this system will be to know 7 to 10 days out when a bridge is going to close, when to move assets, when to double up lines and even when the best time might be to dewater a lock to have the least impact to navigation.

The information will be rolled out for public use, Lewald said, but determining a timeline to do so will depend in part on Coast Guard funding received.