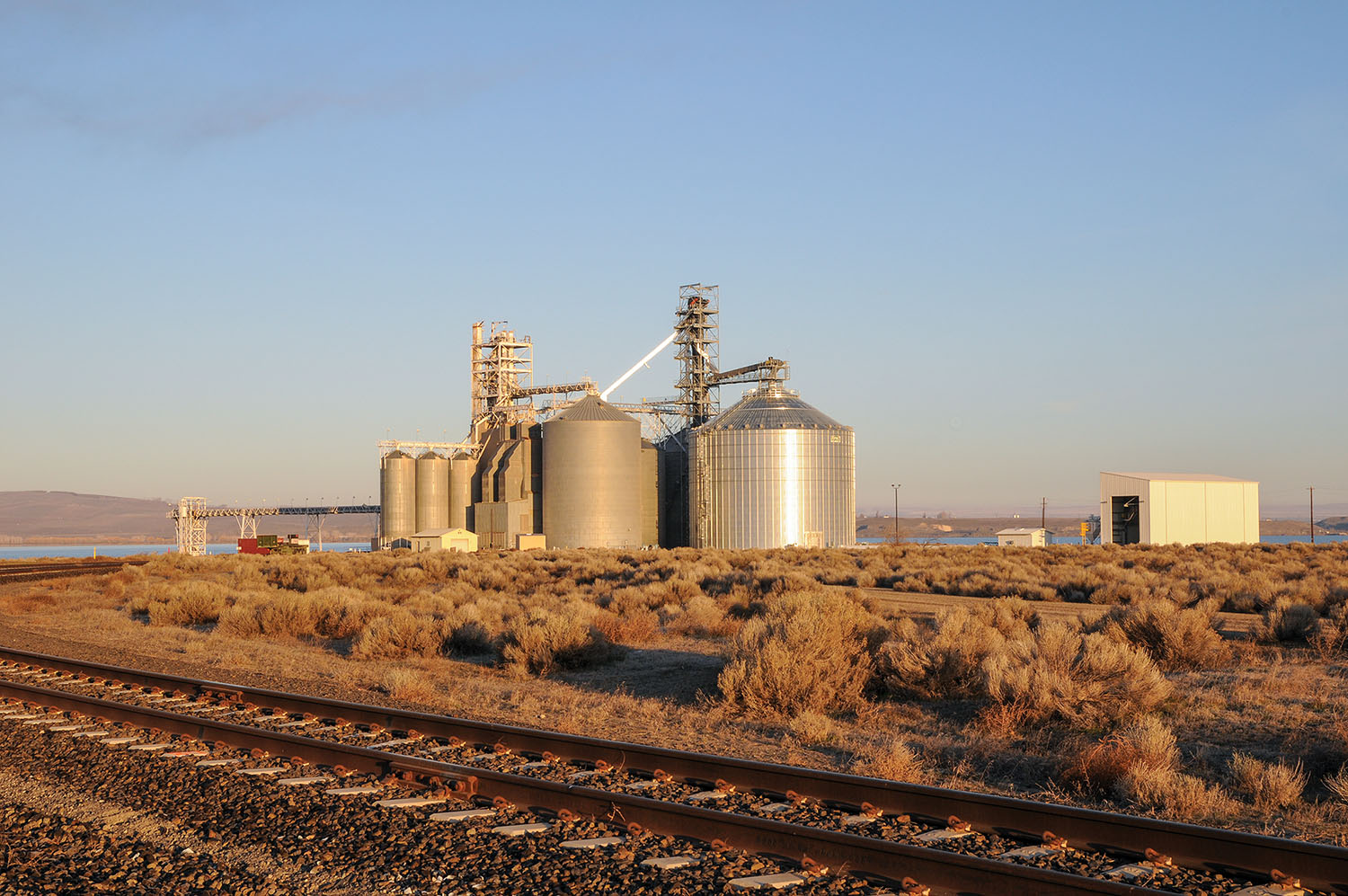 A unique rail-to-barge grain facility at Oregon’s Port of Morrow is expanding with help from a $2.1 million grant recently approved by state transportation officials. The Morrow County Grain Growers cooperative won approval from the Oregon Transportation Commission for funding that will cover about two-thirds of the project’s $3 million cost. The facility is the only one of its kind along the Columbia River that can unload grain from rail cars into barges headed for downstream export elevators. The grant is still waiting to be approved by the MCCG’s board, since members will have to come up with one-third of the final cost. The Port of Morrow is the port authority for Boardman, Ore., on the Columbia River.

The Morrow County Grain Growers, a cooperative founded in 1930, is currently owned by about 800 growers. It operates eight grain elevators  with a total licensed capacity of 6.2 million bushels. Over the years it has diversified into fertilizer, chemicals, feed and seed, propane gas and farm equipment sales.

The Port of Morrow facility was last expanded in 2018-19 with the assistance of an almost $20 million U.S. Department of Transportation Better Utilizing Investments to Leverage Development (BUILD) grant. That project extended new rail lines from the Union Pacific mainline to four terminals to enable rail-to-barge access for shipments along the Columbia River. The project included infrastructure improvements to facilitate intermodal operations, including new bridges, connecting roads and Terminal 1 improvements.

The newest expansion project will install a new 600,000-bushel grain bin and associated conveyors that will connect it to the existing facility. Six grain bins stood at the Morrow location when the cooperative built the $7.5 million rail-to-barge system, which included installation of a seventh bin. The project recently approved for Connect Oregon grant funding will bring the number of bins at the location to eight, with room for five more and a grain bunker left at the site.

Recent improvements to its rail-to-barge facility have meant that it can now function as a trans-shipper from the Midwest, not just a handler of local grains. This works to spread risk and diversify income streams for its owners. According to Kevin Gray, CEO of the MCGG, in the past fiscal year the facility received 15 train shipments from the Midwest. “We mostly got corn from Nebraska, but we had one corn train from Iowa and one from North Dakota, along with wheat and soybean trains from North Dakota.” A train can number between 100 and 120 railcars. Once the expansion goes through, said Gray, the rail-to-barge facility will be able to handle the biggest Canadian Pacific trains of 134 cars or more. “We have more than enough track space to handle those loads,” Gray said.

The diversity of options helped during last year’s local drought, which Gray said was the worst since 1966 for local dryland growers. “The dryland customers are core to our business,” he said—but the facility’s capacity meant the slack could be taken up with transshipments. Grain barges from Morrow can reach elevators in Portland, Ore., Kalama, Wash., and Vancouver, Wash., within 18 hours, versus taking a couple days with railcars due to congestion and slowdowns in urban areas. “We’ve proven to be a good partner for railroads,” Gray said. Local grain farmers can rely on the rail-to-barge facility. “We’re fortunate to have a pretty big domestic grain market around Boardman,” Gray said, including dairies and cattle operations. Wheat is the main crop in the dryland, mostly soft white winter, but also some hard red winter and dark northern spring wheat.

Unlike some grain storage facilities dedicated only to certain major traders, the cooperative’s bins can be used by any shipper. They can also store grains for local livestock growers. Gray said the facility saw a surge in demand in 2021 after storms shut down export facilities along the Gulf of Mexico.