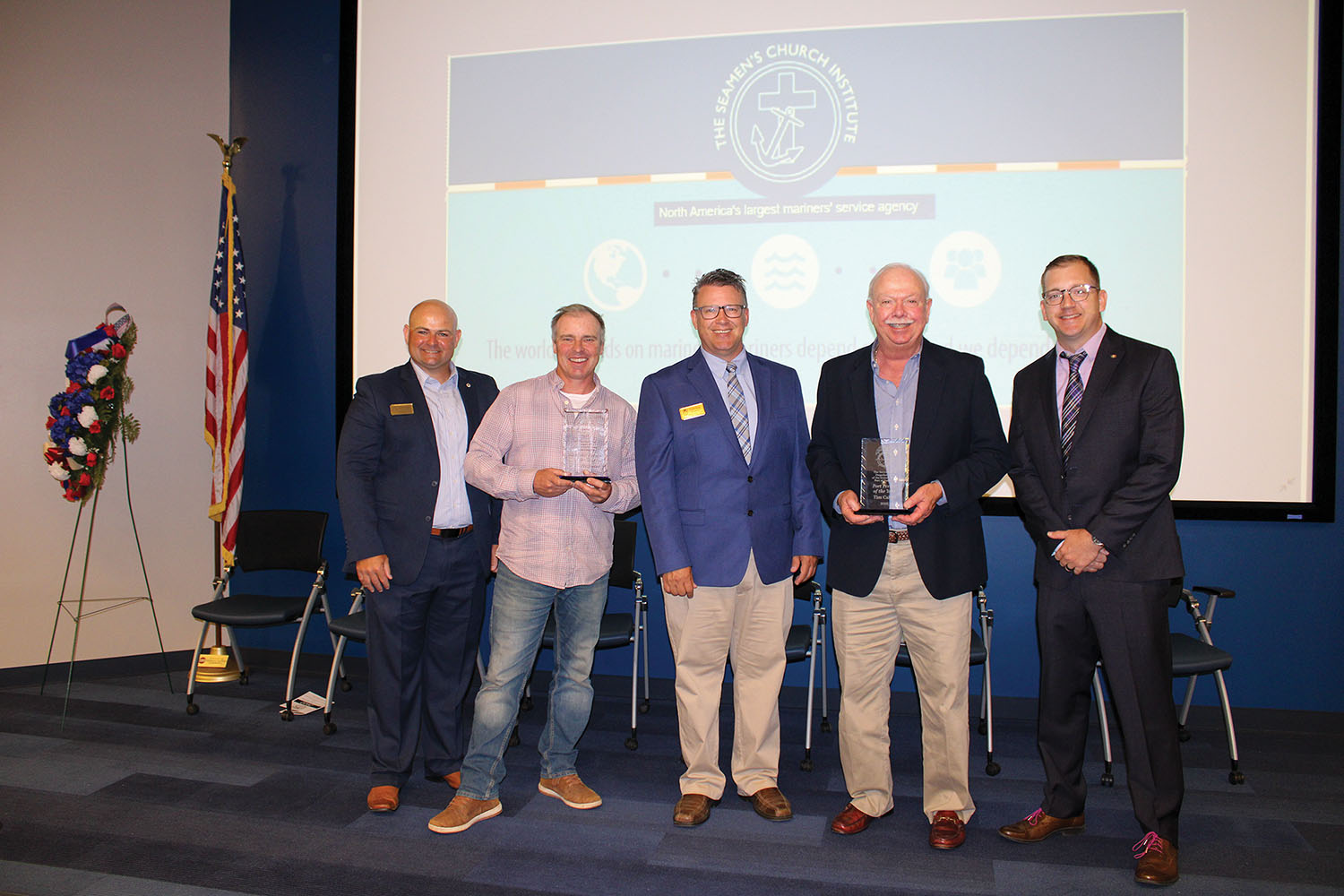 Pregracke is the founder of Living Lands & Waters, a non-profit environmental association established in 1998 that has become a successful river cleanup organization serving hundreds of miles of rivers. Most recently, Living Lands & Waters has assisted with disaster relief efforts on Kentucky Lake after a destructive, long-track tornado hit December 10, destroying homes and businesses and strewing debris and trees on the shoreline and in the water.

Cahill serves as the executive director of the Paducah-McCracken County Riverport Authority. The port’s capabilities include handling containerized, break-bulk and bulk cargoes as well as storage and warehouse facilities. It is also currently serving as the location where construction of the steel superstructure for the new Cumberland River bridge at Smithland is taking place.

Maritime Person Of The Year

Tony Watkins, executive director of the Community Foundation of West Kentucky, said he had heard of the work Pregracke has done helping clean up the rivers and that the team from Living Lands & Waters coming to help after the tornado was “an answer to prayer.”

“It would be economically devastating to Marshall County if that lake wasn’t cleaned out,” Watkins said.

He said the thought of a swimming child or a water skier hitting submerged debris kept him awake at night.

The Community Foundation of West Kentucky helped to sponsor the work Living Lands & Waters performed. Additionally, propeller clubs from around the nation made $17,500 in donations for tornado relief to the foundation. Of that, the Paducah club provided a $2,500 donation to kick-start the efforts. The ceremonial check presentation was part of the ceremony.

Pregracke and his team have removed 1.2 million pounds of debris from Kentucky Lake and Lake Barkley. Recently, Living Lands & Waters hosted divers from around the country for an intensive day of retrieving large, submerged objects. They picked up half a barge load. Pregracke said Living Lands & Waters will return in August for another diving day, along with a community tree-planting event.

Pregracke has said his goal is to clean the lake to the point where someone spending time on it can’t notice that a tornado ever took place.

“Obviously it’s an honor,” he said of the award, but quickly said it also honors those who work with Living Lands & Waters or sponsor the work. “It’s not just me,” he said. “It’s a much bigger team of people.”

Port Person Of The Year

Cahill came to the port in June 2020. In presenting the award, club news editor Mason DeJarnett noted that he was instrumental in repositioning the riverport for success. That has included the awarding of a $3.3 million federal PIDP grant.

“We should be very proud of the direction he has taken the port,” DeJarnett said.

The grant award is even more prestigious, he said, as there had been 108 applicants with $1.8 billion in requests, and only 25 grants awarded. While it takes an average of five times resubmitting a grant for it to be awarded, the Paducah port, which prepared the grant application in conjunction with Bacon Farmer Workman Engineering of Paducah, received the award on the first try.

“Thank you very much,” Cahill said in accepting the award. “This is a real honor, and I do appreciate it.”

Cahill also credited hard-working team members who get the job done for the port’s customers and noted that the team stayed until 9 p.m. the previous night, a Friday, to unload a barge because the job needed to be done by the next morning.

“They’ve been around a long time, but I think they understand better times are ahead for us,” Cahill said of his team.

Additionally, he said, they are all working toward the same goal.

“We’re rebuilding the port for the next generation,” he said.

The ceremony also included the presentation and retirement of the colors and the playing of “Taps” by the U.S. Navy JROTC program from Paducah Tilghman High School and the laying of a wreath honoring fallen merchant mariners from the U.S. Coast Guard’s Marine Safety Unit Paducah.