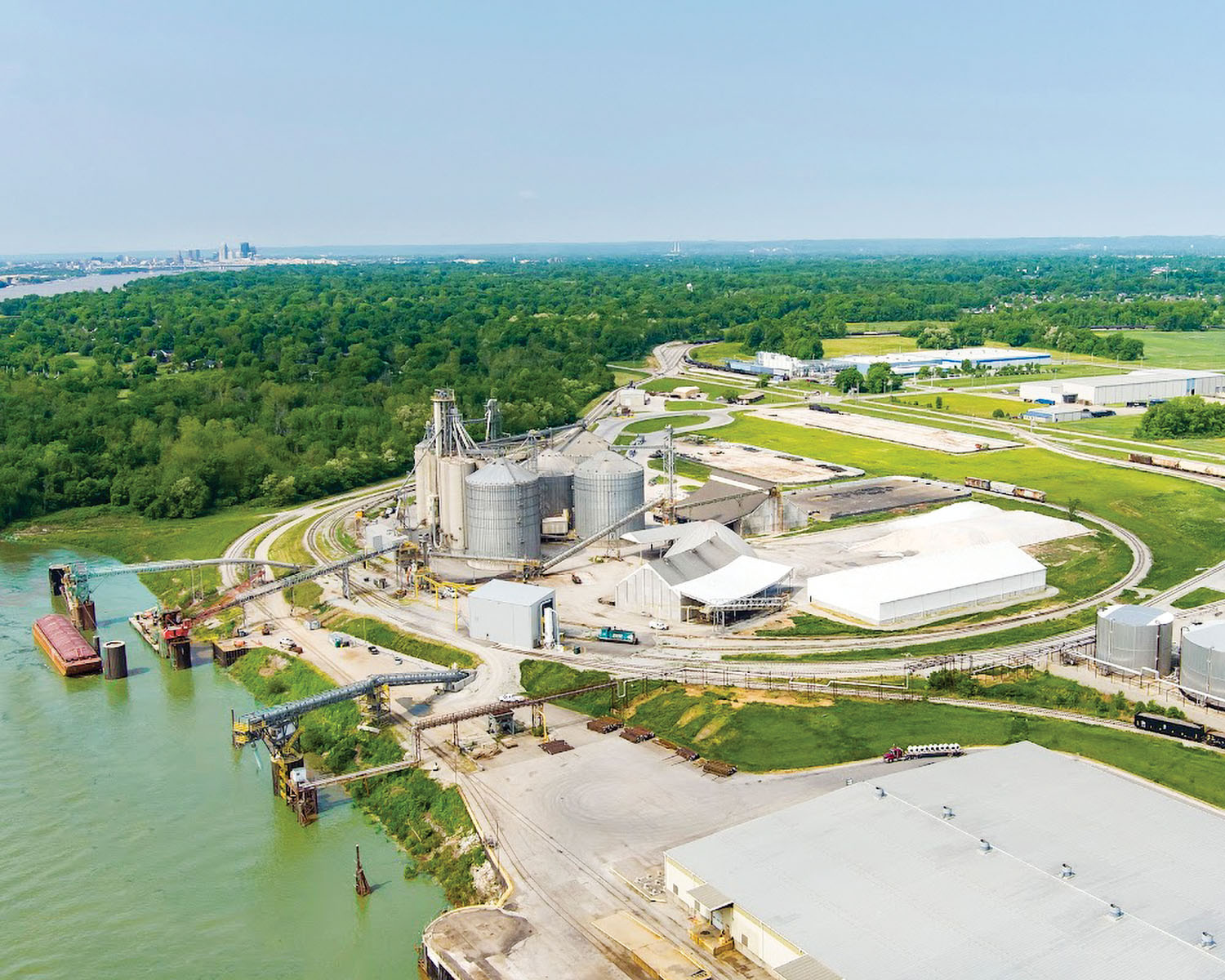 “The new Jeffersonville improvements are designed around bigger capacity, being able to handle future growth and the ability for our customers to leverage those infrastructure assets so that they can grow,” Ports of Indiana CEO Vanta E. Coda II said. “We make bigger and better infrastructure that private companies can utilize on our port. And from there, these companies hire more people. They invest more dollars. That’s really where we get our synergy for the state.”

The port received a $10 million Transportation Investment Generating Economic Recovery (TIGER) grant in 2015 initiating the changes. After spending the first few years planning and designing, 2020 and 2021 were building years. All projects were completed in the second quarter of 2022.

• building a waterfront intermodal facility that more than doubles the capacity of bulk commodities transferred from rail cars or trucks to barges; and

• completing a 3-acre transload facility that allows cargo to be transferred between trucks and rail cars.

“We couldn’t be prouder to welcome [barges] from all over the world carrying millions of tons of cargo every year, supporting tens of thousands of careers and billions of dollars of economic impact,” he said. “It’s truly what propels our progress. Thank you for your continued commitment to fostering economic vitality through world-class infrastructure and keeping it all flowing so we all can keep growing.”

Additionally, he said, the new rail track can accommodate unit train delivery – up to 200 rail cars – to and from the port, along with two new rail loops connected to the waterfront facility.

“This improved our capacity and speed of doing business,” Coda said.

“The new conveyor belt can run more than 2,000 tons in one hour or one rail car to barge in less than 3 minutes,” Coda said. “That’s a big advantage. And the port was missing a dedicated area that allows cargo to be transferred between trucks and rail cars, and we now have that.”

The Ports of Indiana-Jeffersonville set a shipping record in 2021, handling 3.22 million tons, up 21.6 percent compared to 2020, according to the Ports of Indiana. This is the highest annual shipment total since it began operation in 1985. The second-highest year was in 2015.

Indiana’s three ports contribute more than $8.2 billion per year to the state economy and support 50,000 Indiana jobs, according to the Ports of Indiana. The Jeffersonville port alone contributes $1.8 billion yearly in economic impact and supports 12,137 jobs.

Caption for photo: Four miles of new rail, a waterfront intermodal facility and a 3-acre transload facility are among $24 million in infrastructure improvements recently completed at the Ports of Indiana-Jeffersonville on the Ohio River. The project was made possible by a $10 million TIGER grant. (photo courtesy of the Ports of Indiana)