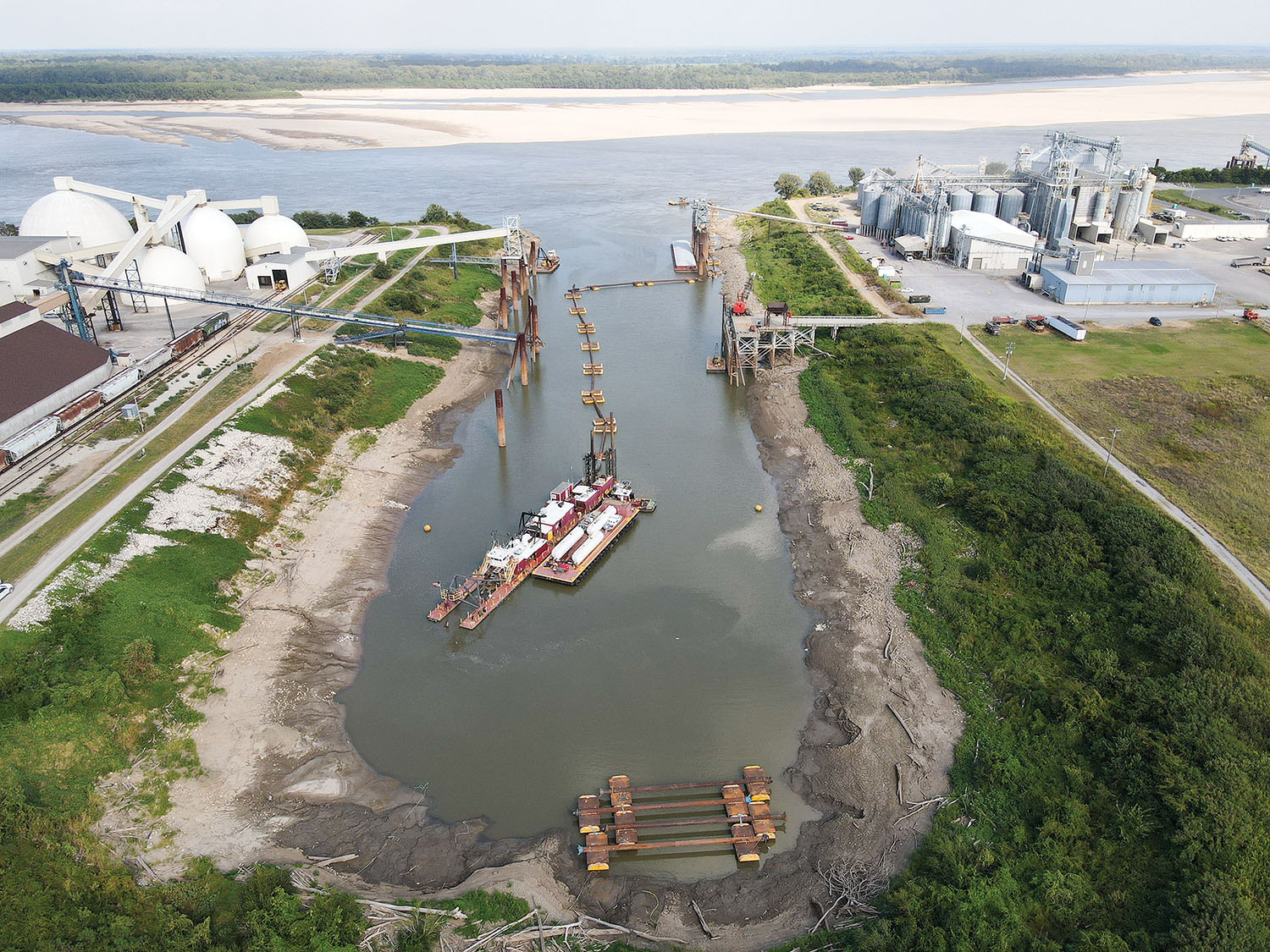 The Memphis Engineer District has contracted with Great Lakes Dredge & Dock for the rental of a 24-inch hydraulic cutterhead dredge, discharge pipe and attendant plant to dredge nine harbors this year.

“Dredging these harbors involves removing sediment from the authorized navigation channel to maintain a specific depth for safe navigation in and out of the harbors,” Project Delivery Team Manager Vickie Watson said. “The Memphis District is responsible for maintenance dredging of 10 harbors along the Mississippi River. These harbors serve as vital links to rail and highway transportation systems in the region, helping to deliver products and commodities to and from global markets.”

The contract was awarded June 2 for $7,335,450. It is for the first option year of a three-year contract that included a base in 2021, first option in 2022 and second option year in 2023. Dredging was expected to begin July 1 and to be completed by the end of December, although the contract runs through February.

Crews will dredge nine different harbors this year. They will start in Memphis, Tenn., then head upriver to Hickman, Ky., and proceed downriver from there.

The dredging will return the channels within the harbors to their authorized depth. GLDD will complete a hydrographic survey of the harbor, and the Memphis district will determine how best to spend the budget allocated for each harbor, with GLDD completing another survey at the end of dredging to show that the work was completed, Ekren said.

It is work GLDD is quite familiar with, as the company has been providing dredging services since 1890 and has completed projects on six continents, he said.

The company is the largest provider of dredging services in the United States.

Watson said that last year, the base year of the three-year project, went extremely well.

“They stayed within schedule and coordinated well with us as well as our partners,” she said.

Funding for the dredging came from three sources this year, each of which has an accompanying non-federal sponsor.

The president’s budget allowed for dredging for four of the harbors: