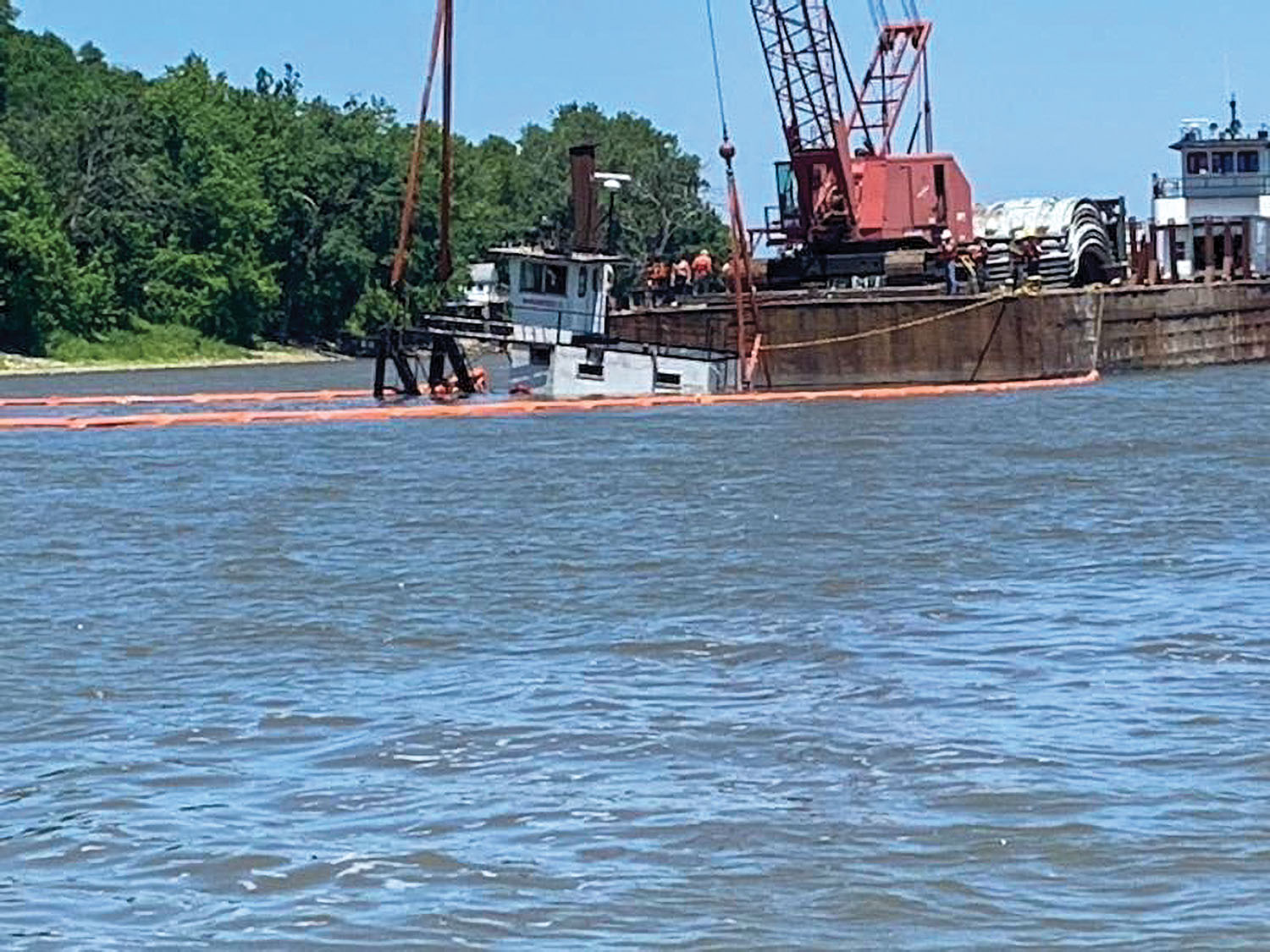 When two personal watercraft operators set out for a Saturday of summer fun on the Illinois River, they didn’t realize they would be called upon to save lives.

According to an account in the Peoria Star-Journal, the pair,  Josh Bradshaw and Erik Watson, saw the 50-foot harbor boat Midwest I sinking on the afternoon of June 25 and rescued two men, identified as Capt. Dick Hamm and his grandson. Bradshaw told the Star-Journal the boat sank in only three minutes.

The sinking took place at Mile 166, just north of the McClugage Bridge in downtown Peoria, which is in the process of gaining a new span and additional lanes that are expected to be complete sometime in 2023.

According to Coast Guard Sector Upper Mississippi, the Midwest I was attempting to assist a recreational vessel that had run aground. While moving southbound on the river, it capsized while turning to starboard in 25-knot winds and 4- to 5-foot seas.  A call reporting the incident was received at about 4 p.m. by the Coast Guard sector. The vessel was not pushing any barges at the time.

“It’s a good thing those two guys were there, because I don’t think they would have made it out of there without them. This is a terrible part of the river with bad currents,” Capt. Mike Johnson of the Fon du Lac Park District Police of East Peoria told The Waterways Journal.  According to Johnson, who was involved in the response, the boat was on its way to free another boat grounded on a sandbar when it sank.

The boat sank in 18.3 feet of water and was lying on its side with 6 feet of water over its highest point before it was raised, according to Johnson. It was raised June 27 by equipment provided by the owner-operator, Capt. Hamm, in coordination with the Coast Guard, the Fon du Lac Park Police, and the East Peoria Fire Department.

Hamm said the boat would be back in operational order in a few days. “In fact, we’re having a launch party on it right now,” he said on June 28 when contacted by The Waterways Journal. He said there had been no fuel leakage and no structural damage.

The twin-screw Midwest 1 was built by Humboldt in 1973; it was originally named the Little Wildcat. It’s been operated by Hamm’s Harbor Service & Fleeting Inc. in Rome, Ill., since 2016.

The Coast Guard is investigating the cause of the sinking.

Caption for photo: Salvage of the Midwest I in the Illinois River at Peoria, Ill. (Photo courtesy of Capt. Mike Johnson, Fon du Lac Park Police District of East Peoria)