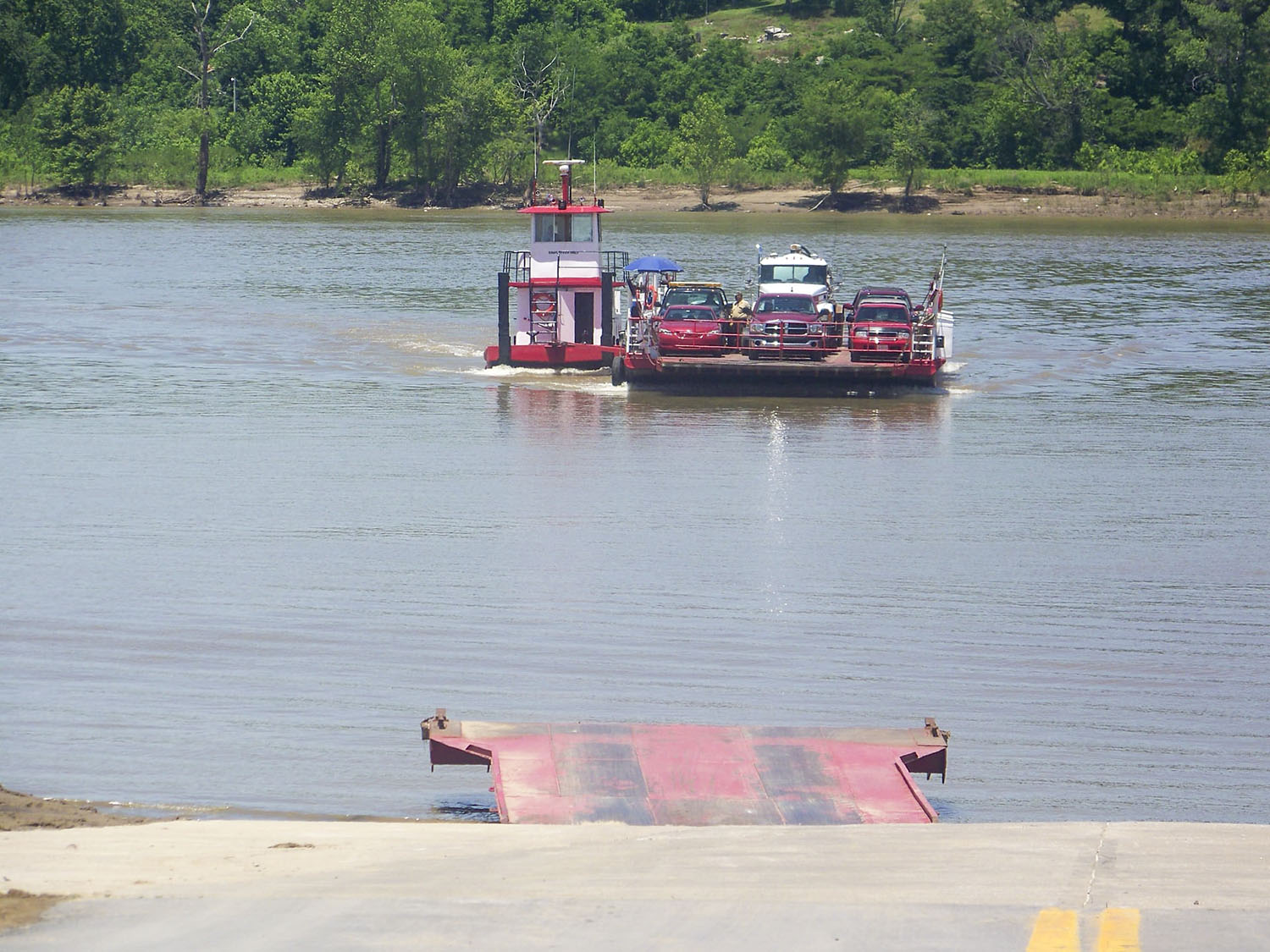 A new contract between the operator of the Cave-in-Rock Ferry and two states that fund it will keep the ferry running. The contract was announced on the last day of scheduled operation.

The Cave-in-Rock Ferry at Ohio River Mile 881 will continue operating between Crittenden County, Ky., and Hardin County, Ill., on its regular 16-hour-a-day schedule from 6 a.m. to 10 p.m. daily, the Kentucky Transportation Cabinet reported.

Roughly 500 vehicles a day make the crossing. Without it, the normally 10-minute commute takes 70 minutes. For many Illinois residents, Marion, Ky., provides the closest full-service grocery store. In addition to providing a significant transportation and commerce connection, the ferry links hiking and outdoor activities in the Shawnee National Forest of southern Illinois with the scenic Amish community in Crittenden County, Ky., serving as a tourist attraction.

The ferry operation is jointly funded by the Kentucky Transportation Cabinet (KYTC) and the Illinois Department of Transportation (IDOT) through the Ohio River Ferry Authority, operated by the Crittenden County Fiscal Court. Lonnie Lewis Inc., doing business as Cave in Rock Ferry Company, has operated the ferry since 1994.

The new contract provides $3,324,000 for the operation of the ferry through June 30, 2024, with Kentucky and Illinois each providing half of the funding.

Lewis had said he would shut the ferry down beginning July 1 if an agreement was not reached. He made similar statements in 2020 when a funding dispute led to a delay in renegotiating the contract.

“I get aggravated,” Lewis told WKU public radio before the contract was reached. “It’s beyond my control, but I feel like somebody didn’t do their job or we’d have it done.”
Crittenden County Judge-Executive Perry Newcom, who sits on the Ohio River Ferry Authority board, said disagreements this year concerned new language added into the ferry contract by the Kentucky Transportation Cabinet that included giving the responsibility of managing ferry operations with the ferry operator instead of Lewis as the private operator.

“To say that I’m happy is an understatement,” Newcom said once the agreement was reached. “I am thankful for the assistance of Gov. Beshear, Secretary Gray and the Transportation Cabinet staff, ferry operator Lonnie Lewis, the legal team and many others who were involved in getting this contract completed without a disruption in service. This ferry provides a critical tourism and commerce connection between Illinois and Kentucky. We have several hundred commuters who depend on the ferry for daily access to jobs.  We have dozens of businesses on both sides of the river who connect to customers via the ferry. The economic impact of this ferry goes well beyond Crittenden County and Hardin County.”