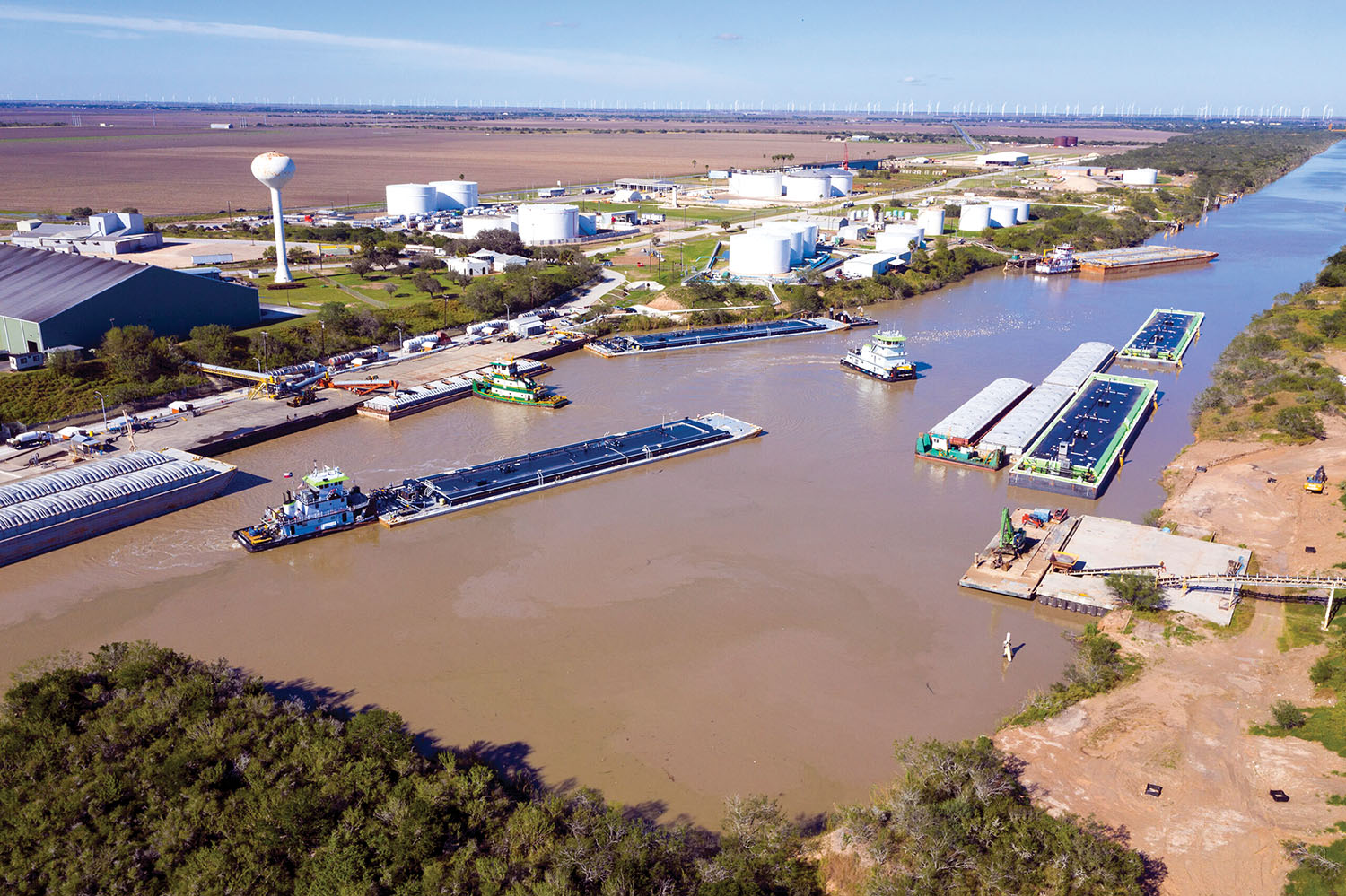 Near the southern endpoint of the Gulf Intracoastal Waterway (GIWW), about 30 miles inland, lies Harlingen, Texas, through which runs the Arroyo Colorado River. The city was founded in 1904, and this year the community is celebrating the 70th anniversary of its port.

The Arroyo Colorado Navigation District of Willacy and Cameron Counties (ACND) officially opened the Port of Harlingen for business operations on February 27, 1952. According to the port, more than 5,000 people from the community attended the port’s dedication ceremony. On that day, the port handled its first bulk shipment: 500 tons of pipeline, towed by the H.F. de Bardeleben III.

“The opening of the port is the dawn of a new day in the history of the [Rio Grande] valley and will do far more to improve the valley’s industrial development than anyone in attendance will ever realize,” said John W. Fullbright, president of the Intracoastal Canal Association of Louisiana and Texas, the forerunner of the Gulf Intracoastal Canal Association. Fullbright was speaking at the Port of Harlingen dedication. “Transportation makes a direct contribution to the wealth of the nation and the prosperity of the people. The Arroyo Colorado Canal is a generous contribution on the part of the people of the valley toward the wealth of the nation, as it is now connected with 30,000 miles of waterways.”

Fast forward to today, and that vision has been realized with the port, which handles more than 3 million tons of cargoes annually and accounts for about $1 billion in economic activity.

The effort to construct a navigation channel from Harlingen to the Gulf along the Arroyo Colorado began in 1926. By the following year, Cameron County commissioners issued the sale of $500,000 in bonds to jumpstart the project. The footprint of the site was set in the 1940s, and by June 1951, dredging work to connect the Arroyo Colorado to the GIWW was complete.

In its early years, the Port of Harlingen handled steel, gasoline, fuel oil, ice, fish and shrimp. According to the port, 2,360 vessels called on the port within its first eight months. Within a decade, the port had grown into an export and import resource for farmers in the region. Through the 1970s and 1980s, liquid bulk cargo imports became the port’s leading commodity group. The port also added major tenants, including Titan Fuel, which led the private sector in investing private funds for infrastructure development at the port.

“This infrastructure investment reflects their confidence in a long-term commitment of their business model based on the petroleum needs of Northern Mexico and the Lower Rio Grande Valley,” said Neil Haman, a port commissioner since 2007. “Port annual revenues from tenant revenue (tariffs and fees) have increased from $1,211,006 in 2014 to $2,431,232 at the end of FY 2020-2021, an increase of $1,220,226 or 100 percent. That’s impressive.”

The port’s 3 million tons of cargo in FY21 represented a 29 percent increase from the prior year.

“Reaching 3 million in tonnage is a significant milestone in the port industry,” Port Director Walker Smith said. “This opens the door for more federal funding that would have been unreachable in the past.”

The port plans to make space and infrastructure improvements over the next five to 10 years, including enhancements to roadways, diesel fuel loading areas, its turning basin and dredging permit, cargo and containment lay down yard and a proposed bulkhead.

“Thanks to state grant programs, we have been able to upgrade our roads to concrete, which is more sustainable,” Smith said. “We have also been able to create two, three truck queuing and lay down areas to accommodate trucks that will be loading for export. Also created was a roll-on/roll-off ramp for ease of barge loading without the use of a crane.”