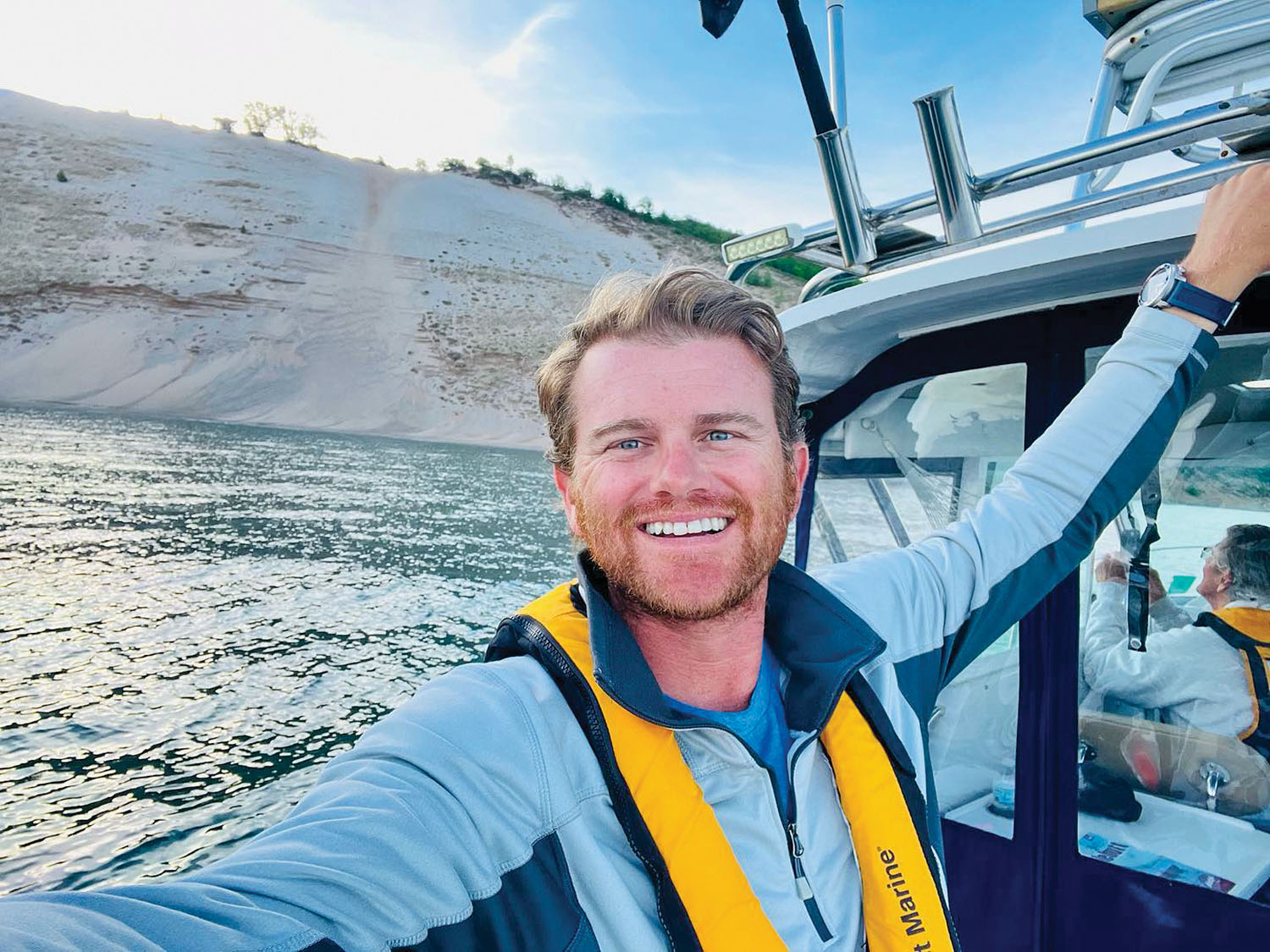 About a year and a half ago, Steve Hernden, a Cape Coral, Fla.-based firefighter and charter boat captain, met his cousin for lunch. The two got to talking about America’s Great Loop, the all-water route around the eastern continental United States that includes the Atlantic and Gulf Intracoastal Waterways; the Erie Canal, Great Lakes and related canals and waterways; and portions of the Mississippi River and Tributaries system.

Through his charter company, Island Coast Excursions, and aboard his two boats, a 70-foot trawler and a 26-foot Glacier Bay 2685 Coastal Runner catamaran-style power boat named Tortuga, Hernden had encountered plenty of people doing the Loop. Most of them were retirees taking a year or more to complete the Loop.

“That was always kind of a retirement plan,” Hernden said.

But over lunch, Hernden and his cousin kept coming back to the question: “Why wait?”

He already had the boat. After Hurricane Irma in 2017, Hernden had lived on Tortuga for five days while he was doing some post-storm relief work with firemen in the Florida Keys.

“I did five days of disaster work with the firemen down there,” he said.

With his Glacier Bay catamaran’s speed and fuel consumption, Hernden realized he could feasibly make the 6,000-mile Great Loop in a month, and with enough time to plan, he could prepare to be off work for that time and arrange for childcare for his two children.

Hernden said he soon began developing a to-do list and mapping out his route. Top on the list was new outboard motors.

“I got new motors on the boat with all new controls, and that really changed the boat,” Hernden said. “The new engines took it from a 22 mph. cruise to a 30 mph. cruise, with even better consumption.”

Hernden outfitted his galley with a slow cooker and skillet for cooking on board. With no refrigerator, he kept his stores on ice, which he’d refresh every couple of days. He also added a tower helm station for an elevated view while underway. He also upgraded his safety gear.

Hernden joined the American Great Loop Cruisers Association and looked through the sample itineraries online to plan his days. To make the near-6,000-mile voyage in a month, Hernden planned on covering 200 to 300 miles a day, which translated to about 10 to 12 hours underway. He then created a spreadsheet with distances, towns and dockages.

Rising early wasn’t an issue, Hernden said, with no curtains in Tortuga’s stateroom.

“When the sun came up, we were awake,” he said.

Hernden also arranged for family members to join him for portions of the trip, with his brother-in-law joining him for the first portion, cousins for another stretch, and his dad coming along in the Great Lakes and beginning of the river system.

From his home base in Cape Coral, Hernden departed on May 15 and headed east through the Okeechobee Waterway, which includes a series of five locks. He emerged at Stuart, Fla., and headed north along the East Coast. Herden said the trip along the Georgia and South Carolina coasts stood out to him for its remoteness and natural beauty.

“It felt like you were in a completely different country,” Hernden said.

New York City was another part of the trip that stood out.

An Oscoda, Mich., native who grew up seeing “lakers” at work on the Great Lakes, Hernden said another highlight of the trip was meeting the mv. Wilfred Sykes on Lake St. Clair.

“It’s my favorite freighter on the lakes,” Hernden said. “It’s got those classic laker lines. The paint scheme. It’s just a gorgeous boat. As I was coming into the upper Great Lakes, I was met by the Wilfred Sykes downbound going through Detroit. What are the chances?”

Hernden said he enjoyed seeing all of the aspects of the nation’s “working waterways,” from the freighters on the Great Lakes to towboats and barges on the Mississippi River, to the ships coming in and out of the many ports he visited.

Traveling through Chicago with his dad, going out of his way to hit all five Great Lakes, communicating with lock operators in the Tennessee-Tombigbee Waterway, seeing the “white cliffs” of Epes, Ala., taking a day trip on the Gulf Intracoastal Waterway to New Orleans, and spending the last leg of the Loop with his two children—all are moments that will stay with Hernden for a long time.

Twenty-eight days after Hernden left, Tortuga “crossed her wake” and arrived back in Cape Coral June 11. Through those four weeks, Hernden typically met his daily distance goal. He said his slowest day was when he traveled just 78 miles on the Erie Canal. Over the course of those 28 days, Hernden, by his own account, traveled 5,401 miles, traversed 73 locks, saw every Great Lake, did exactly four loads of laundry, and finished the journey with a substantial beard. Throughout the trip, Tortuga burned 2,772 gallons of gas at a cost of $13,552.54. For any future Loopers taking notes, Hernden’s favorite marina was Kingfisher Bay in Demopolis, Ala., near the confluence of the Black Warrior and Tombigbee rivers.

Reflecting on his Loop experience, Hernden said he hopes it inspires others to travel the Loop or identify other adventures to pursue sooner rather than later. His original question—Why wait?—still applies.

Hernden said he realizes his 28-day Loop—which is by all accounts a record—is outside the norm.

“You always hear of it being a year-long trip,” he said. “Six months to a year seems to be the average.”

But few working-age people have that kind of time, he admitted. Hernden said he’s heard from many people personally and through social media who said his accomplishment had inspired them to explore creative ways to meet their adventure goals.

“A month-long vacation in the summer is something we could do instead of having to wait for retirement,” one person told him.

Reflecting on his Loop experience also brings up a different question: What’s next? For that, Hernden said he hopes to some day do another loop—the Gulf of Mexico.

Anyone can relive Hernden’s Loop trip through his YouTube channel, Turtuga Steve.