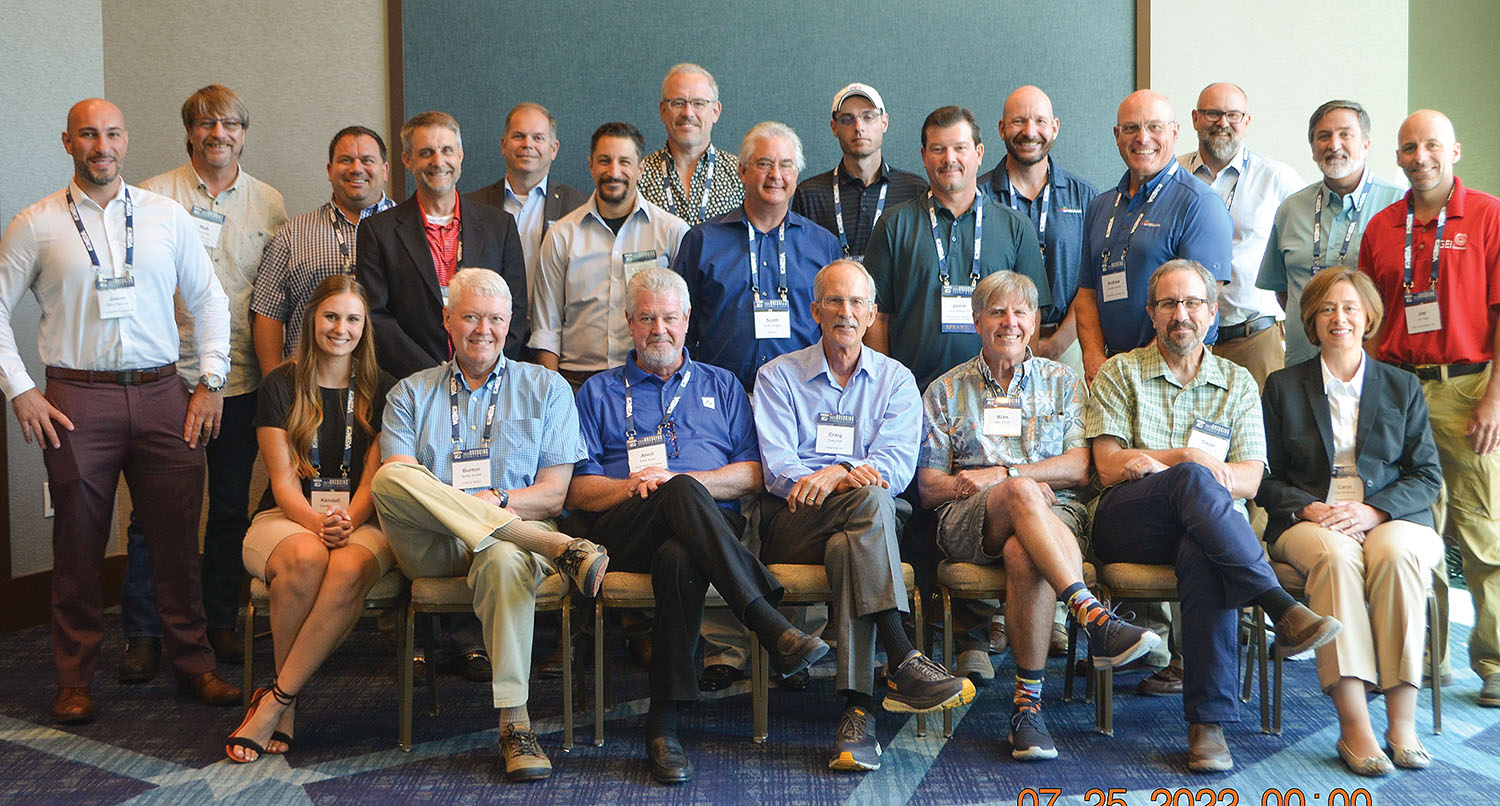 WEDA Environmental Commission Chair Craig Vogt presented a climate change initiative to members during the commission’s annual meeting at the 2022 Dredging Summit and Expo held recently in Houston. The group accepted the task, which will study how the dredging industry is contributing to sustainability, resilience and adaptation in response to climate change.

Members responded positively to Vogt’s request for ideas for developing goals to move the concept forward.

Matt Binsfeld described how young people today see working in an industry that is advancing a cleaner environment as a primary goal when seeking employment. This initiative would attract young people to the industry, he said. He also suggested that including dredging involvement in the wind-farm industry would further the goal of attracting young people.

Other suggestions were: to identify the audience, define what “sustainable” means; ask for paper submissions on sustainability; a possible short course on the subject outlining goals a company can adopt; and “What is the dredging industry doing?” stories.

It was suggested that the initiative be based on the United Nations 17 Sustainable Development Goals, which are an urgent call for action by all countries—developed and developing—in a global partnership. They recognize that ending poverty and other deprivations must go hand-in-hand with strategies that improve health and education, reduce inequality and spur economic growth, all while tackling climate change and working to preserve our oceans and forests.

“We have our own set of 17 goals, documented in WEDA and WODA, that are rooted in the UN’s 17 goals,” Vogt said.

Don Hayes suggested that a starting place would be to state where the commission stands on each of the 17 goals.

The Environmental Commission met on Monday, July 25, one of a lineup of pre-conference events in conjunction with the Dredging Summit and Expo.

Officers Craig Vogt, chair, Steve Garbaciak, vice chair, and Alan Alcorn, reporting secretary, were present, along with 19 participating WEDA members. Craig Vogt, who founded the Environmental Commission in the 1990s, stated that the group’s objectives are to make WEDA an educational resource, and this goal has been pursued through publications, webinars, courses and meetings. An environmental panel has been included in the annual WEDA conference technical program; environmental excellence awards were established, and the group has produced policy papers on a number of topics.

The meeting marked the 11th annual presentation of the environmental excellence awards.

A major educational endeavor, begun in 2017, is Dredging 101, a short course presented as a pre-conference class at each annual WEDA meeting. Andrew Timmis developed the four-hour introduction to the basics of dredging for navigation in order to inform regulators about environmental issues. It has also been taught 17 times to more than 700 participants at different conferences and venues attended by regulators, engineers, consultants and the Corps of Engineers.

Timmis’s second course, Dredging 201, was presented for the first time at the 2022 Dredging Summit. Entitled “Fundamentals of Dredging for the Cleanup of Contaminated Sediments,” it was created with input from consulting and engineering firms, academia, the Corps and Environment Canada.

Timmis was chosen Dredger of the Year by WEDA for these and other endeavors on behalf of the industry.

Vogt reported that the World Dredging Congress (WODCON) in Copenhagen in May emphasized sustainability, alternative fuels, beneficial reuse of dredged material and “green” technology. The WEDA Environmental Commission contributed to the Statement on Decarbonization of Dredging that was finalized at the meeting. This concept was furthered by a technical paper on the construction of the Fehrnbelt Tunnel, a completely submerged automobile and train link between the German island of Fehmarn and the Danish island of Lolland. It described the carbon footprint for each element of the 11.2-mile-long, CO2-neutral tunnel spanning the Fehmarn Belt in the Baltic Sea. Construction began in 2020 and is scheduled for completion in 2029.

WEDA also contributed to the 2016 WODA Statement on Mitigation and Adaptation to Climate Change.

Vogt called on Kendall Brome for a report on TechNotes, a program started in 2019 to provide notes on a variety of technical dredging topics to be available on the WEDA website. She was given the assignment to follow up on the initiative, in which eight topics have been drafted and provided to authors. Brome is the first WEDA fellow, taken on as a project during her master’s degree studies. She receives her degree this summer and has accepted a position with Geosyntec Consultants. She will continue to work on TechNotes beyond her fellowship, along with Stacy Goetz.

Carol Shobrook presented a progress report on the WEDApedia in place of Marsha Cohen, whose travel schedule did not get her to Houston in time for the meeting. WEDApedia is an exhaustive glossary of dredging terms that is posted on the WEDA website under Publications. It is based on a Corps dredging desk reference organized by Tom Verna in 1991 and never completed. Paul Fuglevand has been using the PDF of the document as a useful reference for the intervening decades and had the idea of converting it for posting online with the possibility of reader input for availability to all. Beginning in 2021, the document was edited, annotated, proofread and formatted for the internet by a small group of editors who were honored at the general meeting.