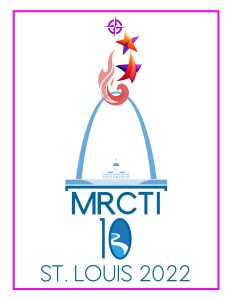 The world is catching up to the vision that Mississippi River Cities & Towns Initiative was created to promote—a vision of a systemwide response to systemwide challenges to the Mississippi River basin. That confluence of visions will be on display September 13-15, as MRCTI holds its first live annual meeting since the COVID-19 pandemic. The meeting, which marks and celebrates MRCTI’s first 10 years, will be packed with events held at locations in St. Louis region, including the riverfront, Ball Park Hilton, Union Station, and the Missouri Athletic Club. Besides mayors of Mississippi River cities, including St. Louis’ Tishaura Jones, speakers will include the French ambassador and Andrew Young, former U.S. ambassador to the United Nations.

When MRCTI was founded in 2012, its purpose was to gather mayors of all the Mississippi River cities and towns, from St. Paul, Minn., to the mouth of the river, to collaborate and advocate for smart, systemic, unified responses to the challenges facing the river corridor and the communities that depend on it. Founder Colin Wellenkamp recalled that some of the early projects the group advocated for had been unfunded since 1992, and many were not well coordinated with each other.

Then came the floods of 2019, the COVID-19 pandemic, the war in Ukraine, and a series of extreme weather events that show no signs of letting up. A flood of infrastructure funding followed in the Infrastructure Investment and Jobs Act of 2021 and the Inflation Reduction Act of 2022, much of it directed at the Mississippi River basin.

On September 13, MRCTI leadership will join members of Congress, Young and Jones to announce a breakthrough measure in the Senate’s version of the Water Resource Development Act, in conference in Congress, to “secure the ecological and economic security of the [Lower] Mississippi River.”

The next day, France’s ambassador to the United States will announce a Mississippi River French Heritage Corridor and speakers from Ducks Unlimited will discuss the corridor’s importance for wildlife. Other sessions will address flood control and resiliency. Later, river mayors will converge at Horseshoe Lake State Park for a demonstration of how projects can prevent floods and further conservation.