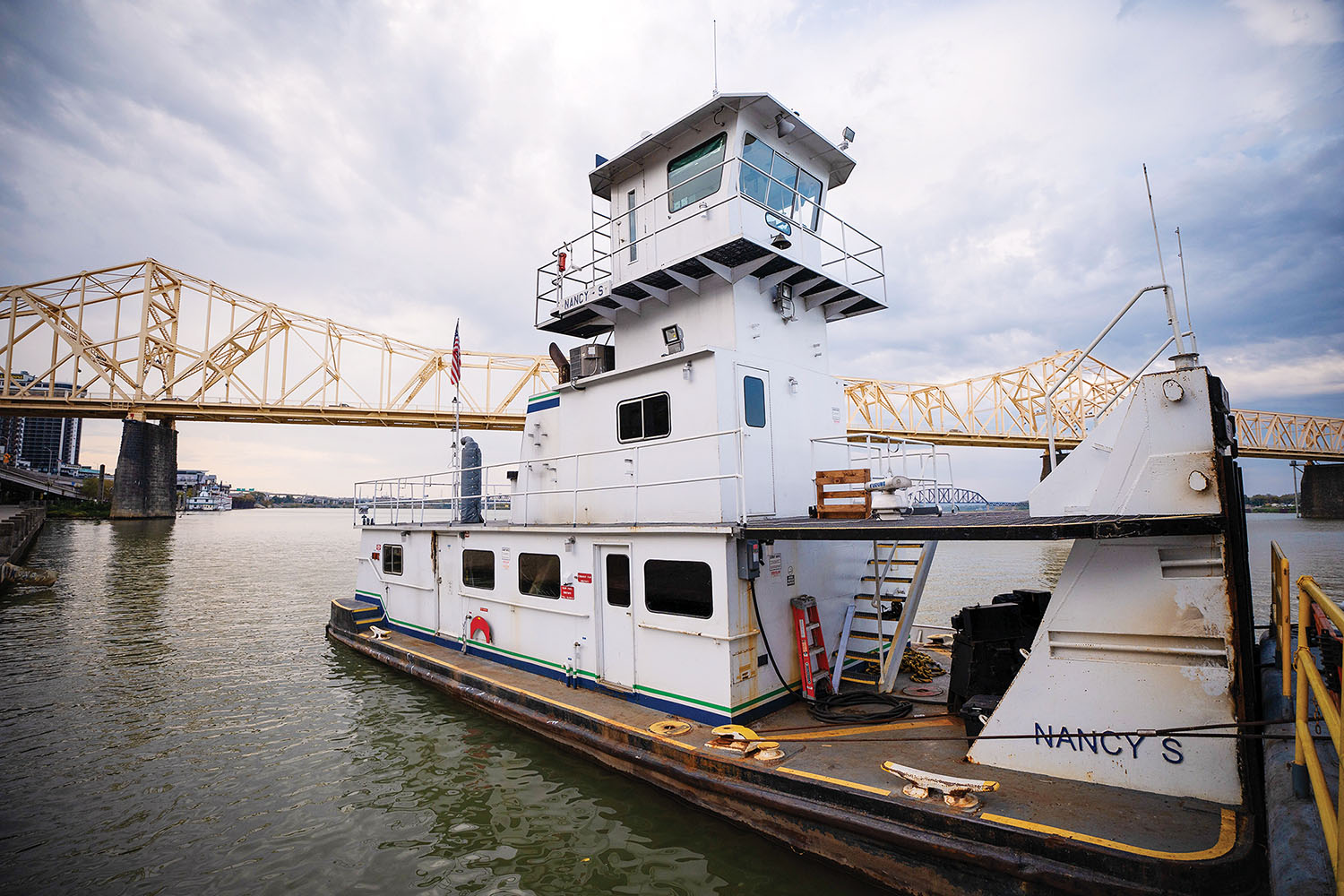 The former Nancy S is being renamed the mv. River Cleanup and will have the capability of pushing 11 loaded barges at one time, said Callie Schaser, communications specialist for LL&W.

The tug will be used to transport barges loaded with equipment and debris collected by Living Lands & Waters, which operates on the water nine months a year, removing garbage from the Mississippi River watershed. In a typical cleanup season, which lasts from March to November, Living Lands & Waters spends time on five or more rivers, visiting dozens of river communities and providing free educational workshops, planting trees and cleaning the river shoreline.

Founded in 1998 in East Moline, Ill., by Chad Pregracke, Living Lands & Waters has removed more than 12 million pounds from 25 rivers in 21 states. LL&W uses heavy equipment to facilitate removal of large and cumbersome waste items like tires, vehicles and appliances. Its existing tug has been plagued with recent engine issues, making it more expensive to operate, Schaser said.

Pregracke and his team are excited about ARTCO’s donation of the boat. For the first time, they have access to a galley and bunkrooms, and the higher pilothouse eye level makes it easier to see over the piles of garbage, scrap and products to be recycled, Schaser said.

“After over 12 million pounds of garbage removed from our rivers, our tugboat needed to be replaced, and we couldn’t be more grateful to ARTCO for making this amazing gift,” Pregracke said. “The new tug will allow us to clean up hundreds of more miles of riverfront and remove millions of more pounds of garbage in the coming years. Thank you to everyone at ARTCO for making this happen!”

The tug arrived in August, and staff members and volunteers have been cleaning it out and getting it ready to obtain its Certificate of Inspection in November. According to the 2022 edition of the Inland River Record, the 54- by 20-foot twin-screw towboat was built in 1978 by Riverway Shipyard in Grafton, Ill. It was owned by Tabor & Company, LaSalle, Ill., until being transferred to ARTCO in 1992.

ARTCO is a wholly owned subsidiary of ADM, which has partnered with Living Lands & Waters since 2004. Paul Wujek, vice president of transportation at ADM, spearheaded the ARTCO donation to support and advance the mission at Living Lands & Waters and to further ADM’s commitment to sustainability.

“Chad and his team take time to protect the environment, but they also take the time to educate and to expand awareness of environmental issues with many tools like a floating classroom,” Wujek said. “This training and volunteering opens hearts and minds to those citizens becoming more involved and taking an active role in making a cleaner environment.”

Living Lands & Waters’ partnership with ADM has included employee volunteer service events, cleanups, tree plantings, invasive species removal and restoration and education projects in dozens of communities where ADM and ARTCO have facilities along the Mississippi, Illinois, Ohio, and Tennessee Rivers. Wujek also serves on the Living Lands & Waters board of directors.

Caption for photo: American River Transportation Company (ARTCO) has donated the former mv. Nancy S to nonprofit river cleanup organization Living Lands & Waters to help with its missions of cleaning the river, protecting the environment and educating others about the importance of preserving the nation’s inland river system. (Photo courtesy of Living Lands & Waters)