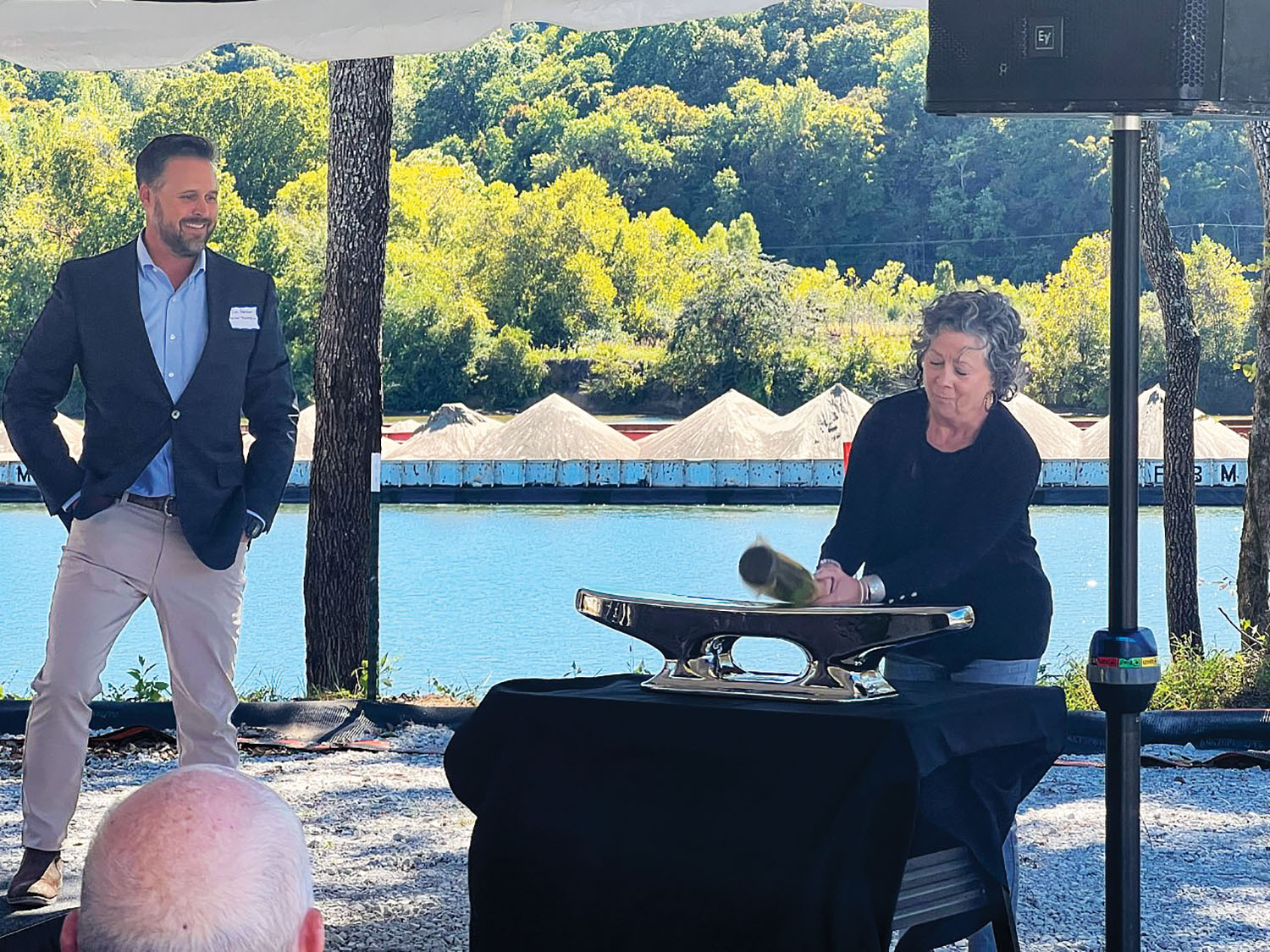 Parker Towing’s Nashville Marine Terminal, expected to be open in the first quarter of 2023, will mark the first time in about three years that a new intermodal riverport has been available in the Nashville area.

The groundbreaking for the terminal on the Cumberland River was September 28 in Ashland City, Tenn.

The terminal, at Mile 164, will initially include a dock and 25,000-square-foot warehouse, which can be expanded as the need arises. It also includes outdoor storage space for bulk and breakbulk cargoes, equipment and staffing. Parker Towing is developing 15 acres of the 23-acre site, purchased from and next door to Arcosa Marine Products.

Tim Parker Jr., Parker Towing chairman of the board, said the ground-breaking ceremony was an exciting day that came about after five years of work to bring the terminal to the area. Following the closure of Cherokee Marine Terminal in Nashville, middle Tennessee had been without a transloading operation, with the closest available facilities in either Memphis, Tenn., or Paducah, Ky.

There continued to be a need for one, he said.

“We see a lot of cargo coming up to this part of the world and being distributed,” Parker said.

Dan Benken, Parker’s director of port and barge line services, said the terminal expects to work closely with Arcosa to benefit both companies. Additionally, Hines Furlong Line recently put in a fleet just downriver that will service the dock, he said.

The site has 700 feet of river frontage. It will feature a heavy lift Leibherr LR 1250 crawler crane which is capable of handling various materials to support the manufacturing, textile, and construction companies in the middle Tennessee area, the company said.

The ceremony included the ceremonial turning of the first shovels of dirt at the site and state Rep. Mary Littleton breaking a bottle of champagne over a tow bitt. The Rev. Jeff Weaver, pastor of Pleasant View Methodist Church, provided the invocation.

Tim Parker III, president of Parker Towing, was among the speakers.

“Barge transportation is not only the most cost-effective means of transportation but is also the most environmentally friendly way of moving bulk products,” he said. “We look froward to bringing this transportation option, which will allow the manufacturing, construction and textile industries in the surrounding areas the ability to receive raw materials in the most efficient way possible.”

Parker Towing began talking to Arcosa about buying the property in 2017 and ultimately purchased it in 2019, he said.

“The permit is in hand, everything is in place, and we’re starting construction tomorrow,” he said. “So when I say we have been looking forward to this day, I really mean it.”

The facility is ideally located in an area with strong industrial growth, he said. It will move cargo from the river to rail and truck and from truck and rail to the river.

“What we want to do is to be an asset to the community,” he said. “We want to help local industry be more efficient and be more competitive in the marketplace and be a good corporate citizen.”

Jerome Terrell, director of economic and community development for Cheatham County, said the port will have a multiplier effect, making it possible for the creation of related jobs throughout the region. Currently, he said, 80 percent of the people who live in Cheatham County go outside it to work. He hopes the new riverport will make it possible for more people to work closer to home, bringing much needed economic revitalization to the region.

“Cheatham County is fortunate to have Parker Towing investing in the opportunity to fill a void that has been created with the closure of the Nashville Port 2-1/2 years ago,” he said. “With our seaports being congested and our supply chain costs increasing, this is very timely and much needed throughout our intermodal freight distribution in middle Tennessee. The addition of The Nashville Marine Terminal in middle Tennessee not only improves the access to the global economy, but it also helps environmentally by significantly reducing the emissions per pound of transport.”

“We know we are blessed by you being here,” he said.

“Parker Towing’s new port is the most efficient way to move product in and out of our area,” he said. “The port will remove thousands of 18-wheelers from the road to lower costs and have less impact on our environment. Your port will make this bank of the Cumberland River the focal point of any industry that needs a port that serves middle Tennessee and southern Kentucky.”

He concluded by thanking Parker Towing for “investing your reputations, money, workforce, energy and future in Cheatham County” and suggested that the port “is about to be known as the homeport of Tennessee.”

For more photos from the ceremony, click on the slideshow below: 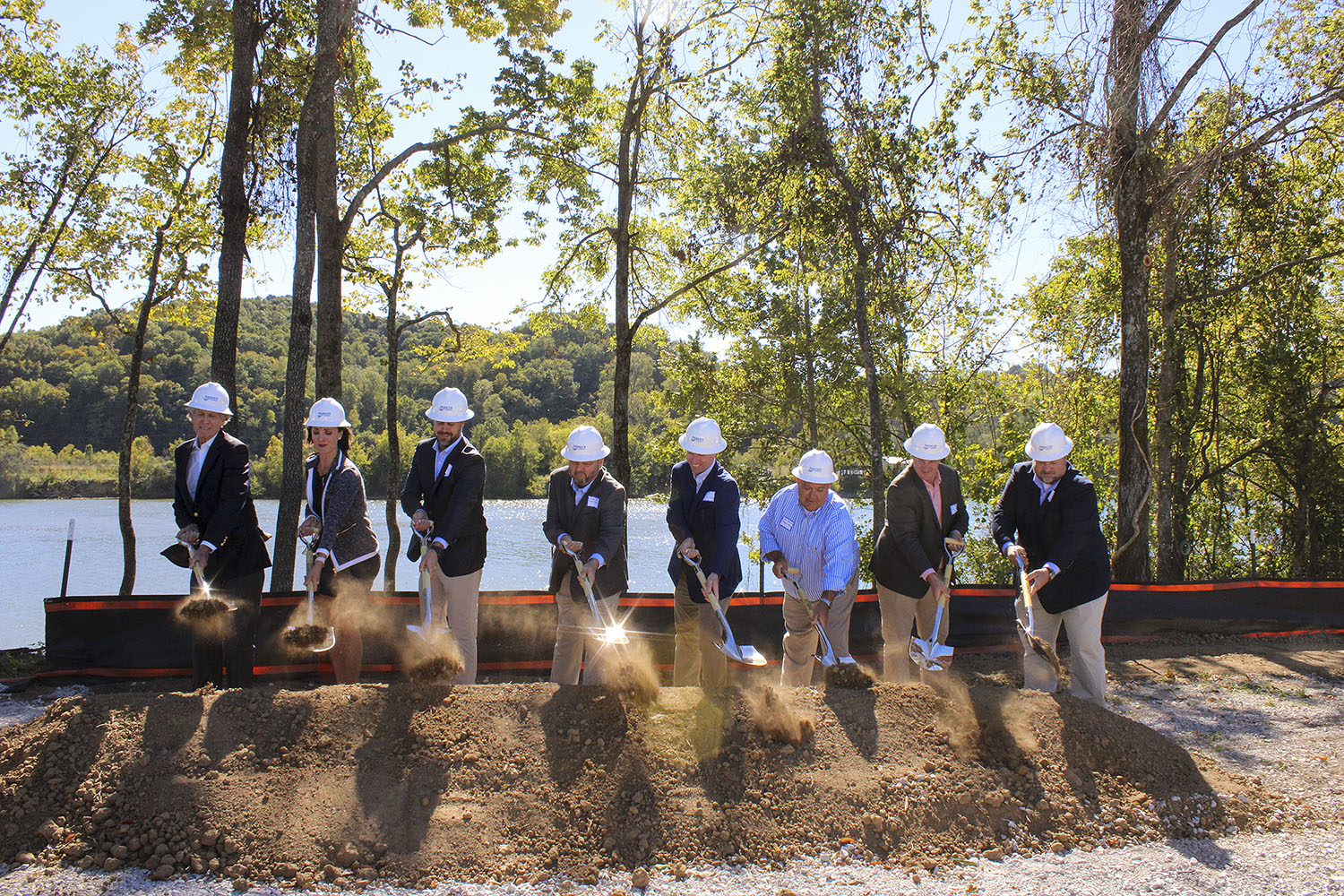 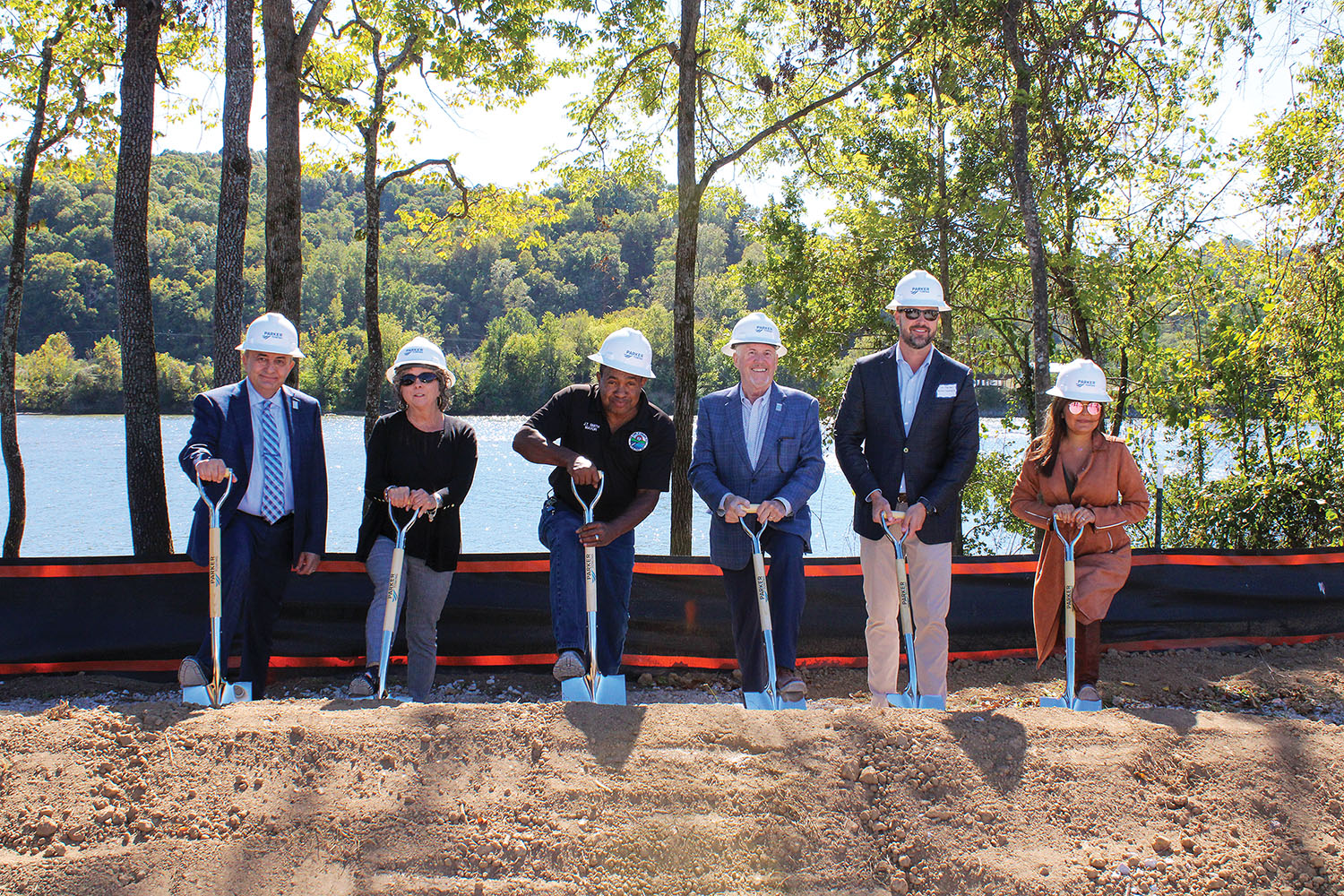 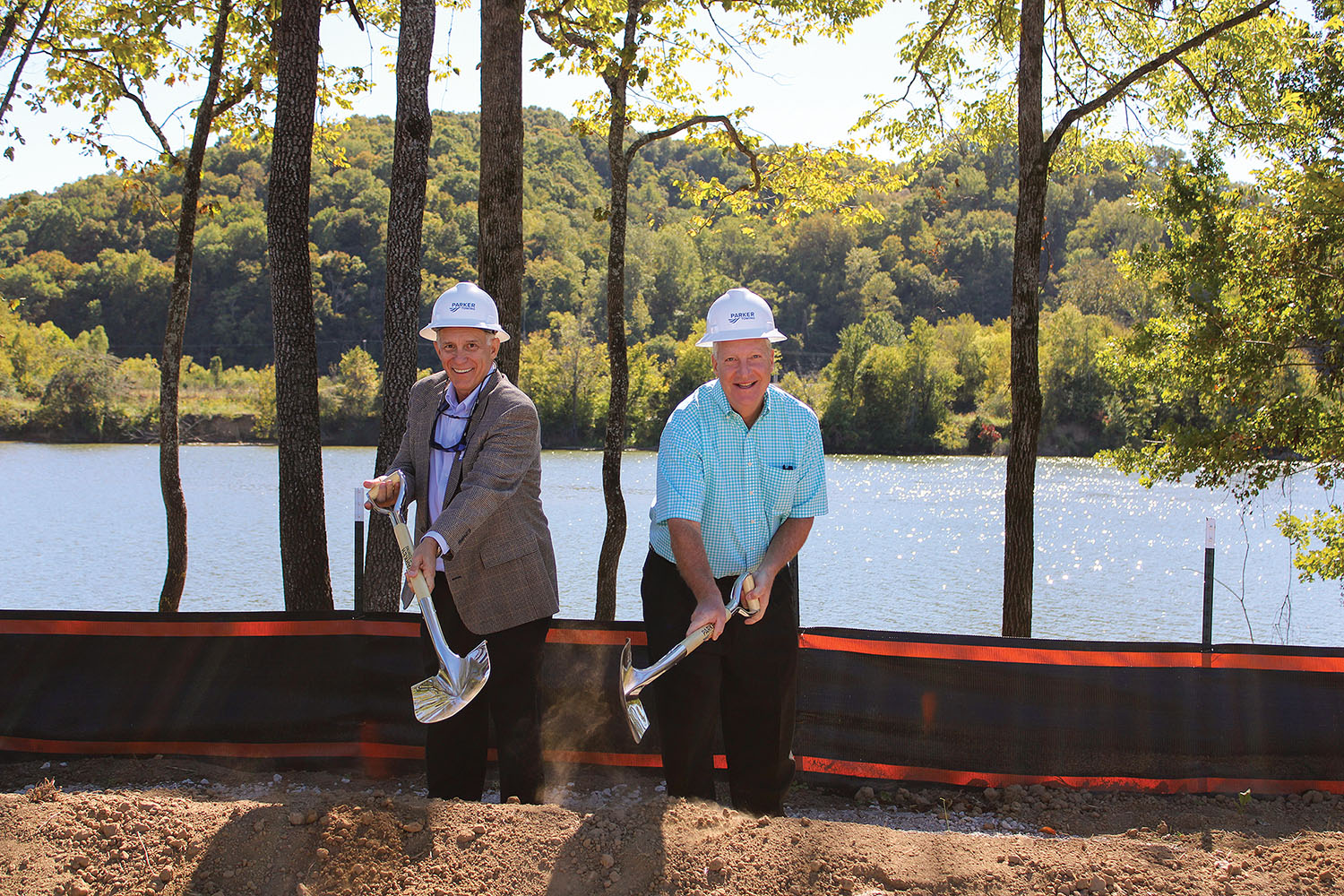 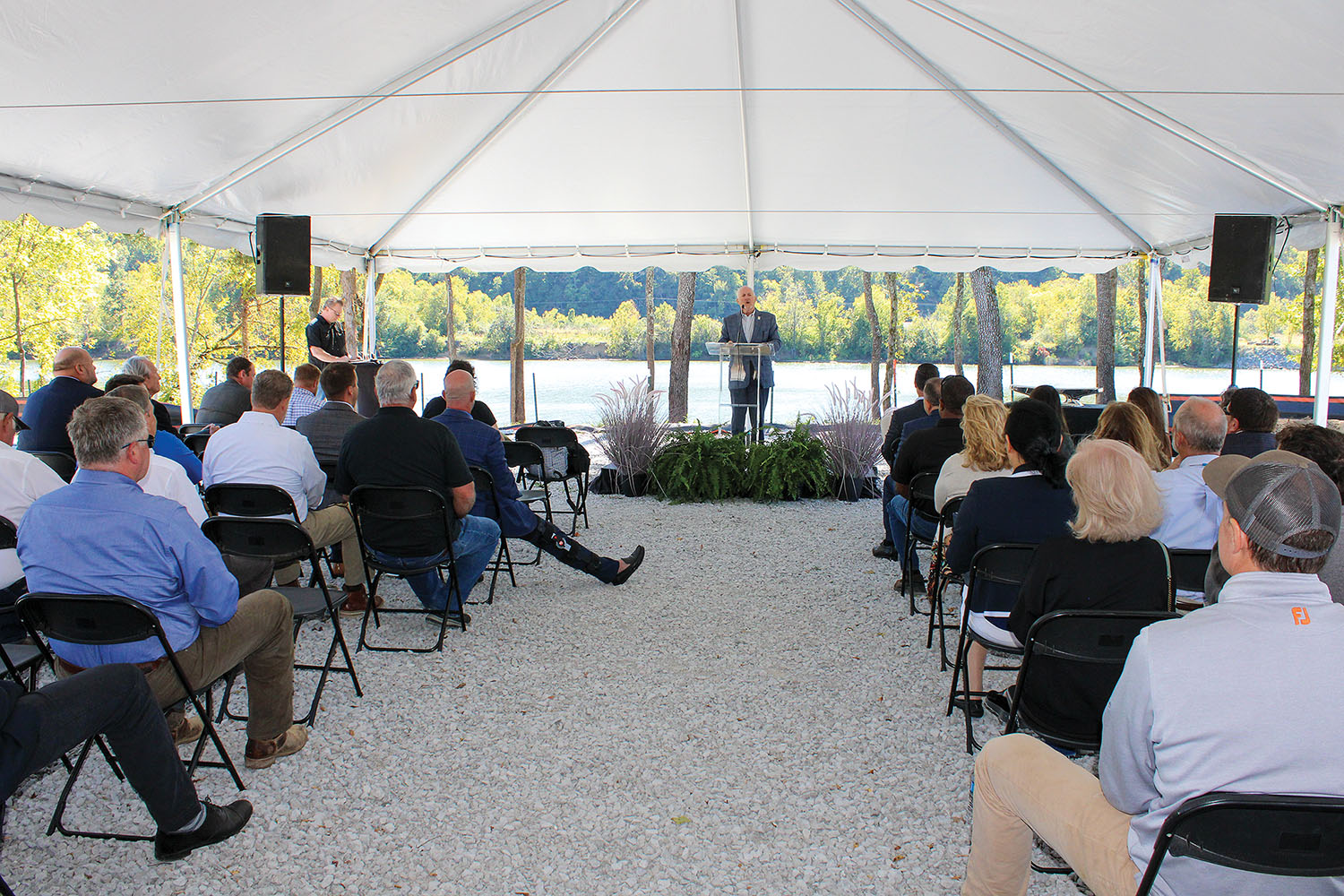 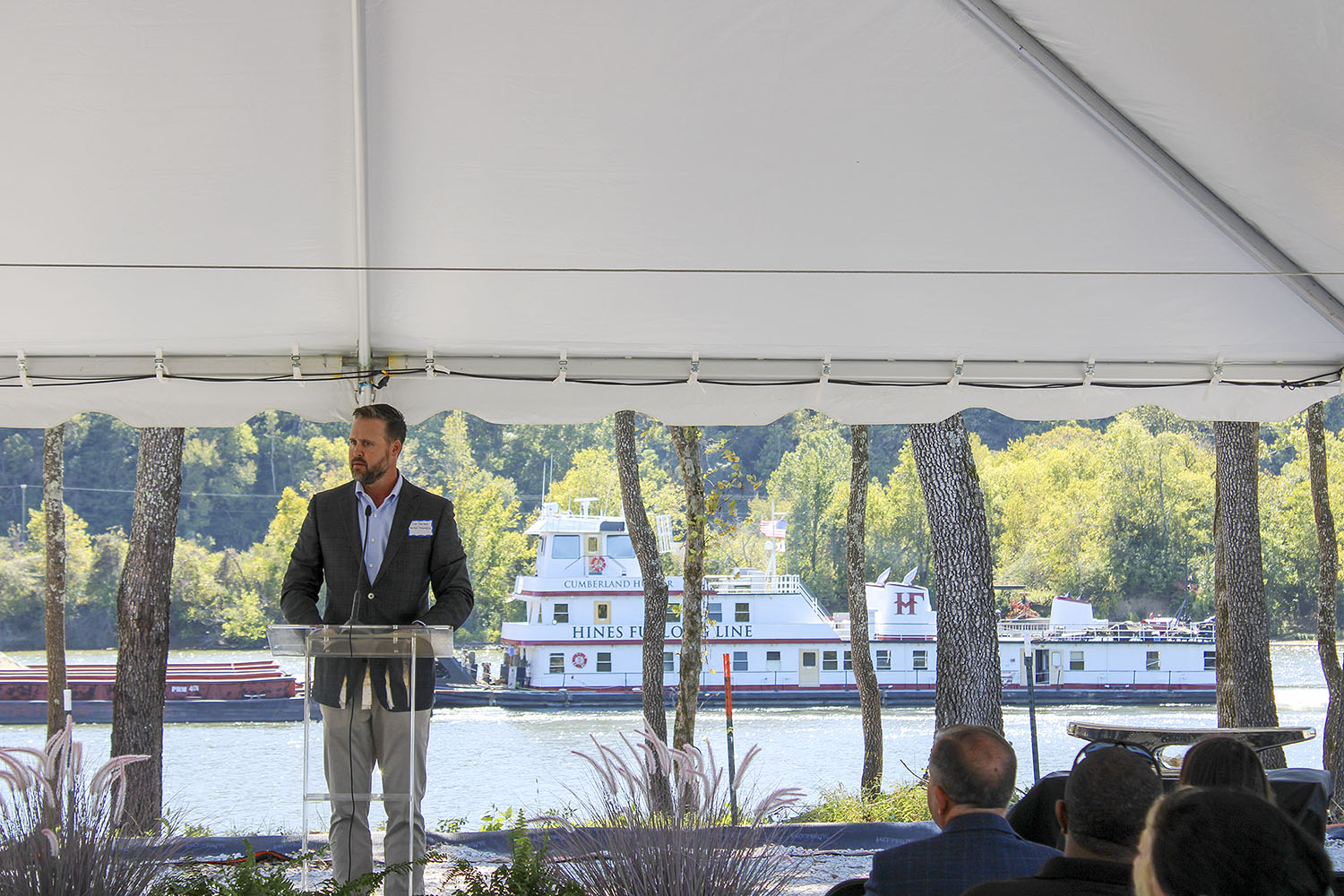 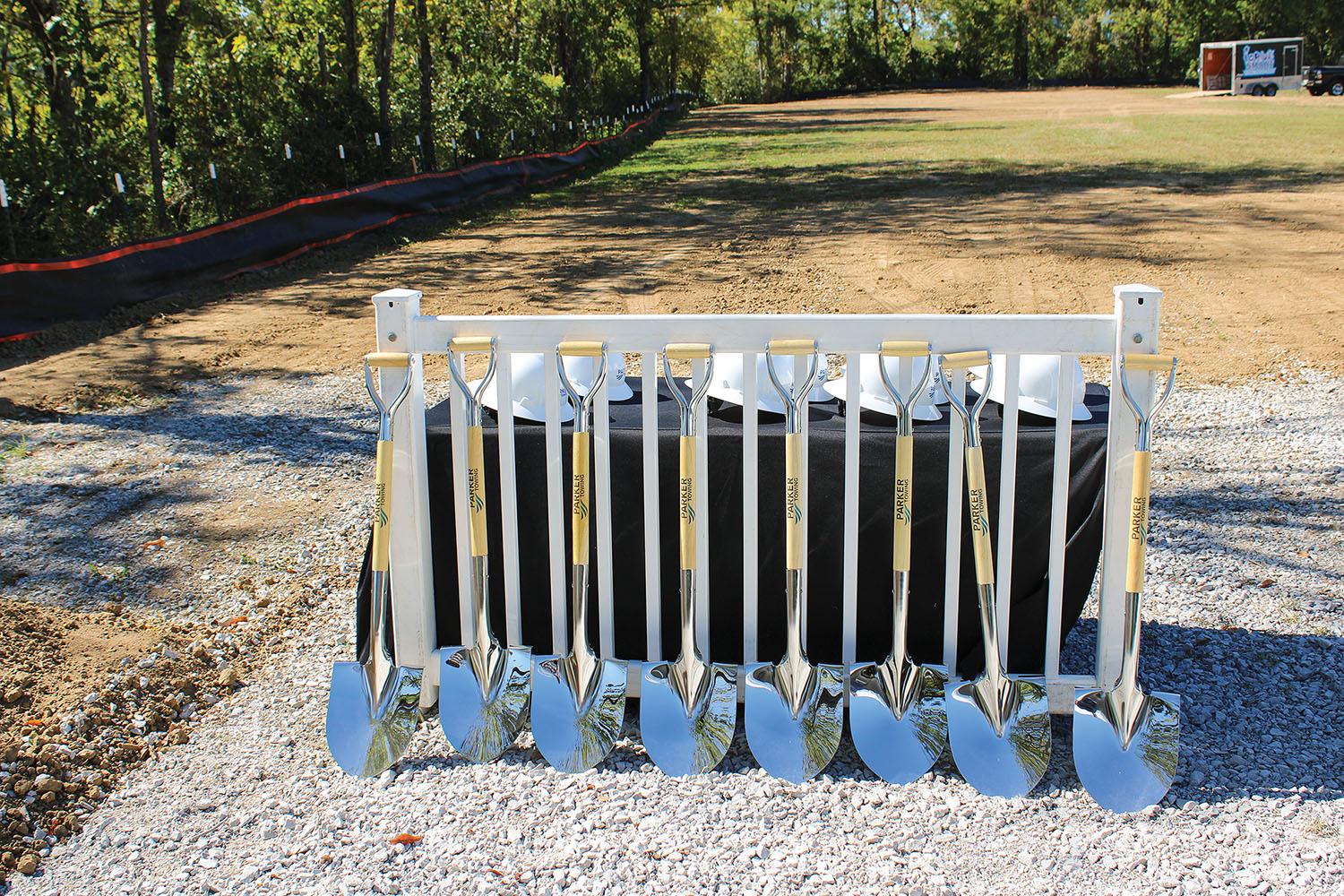