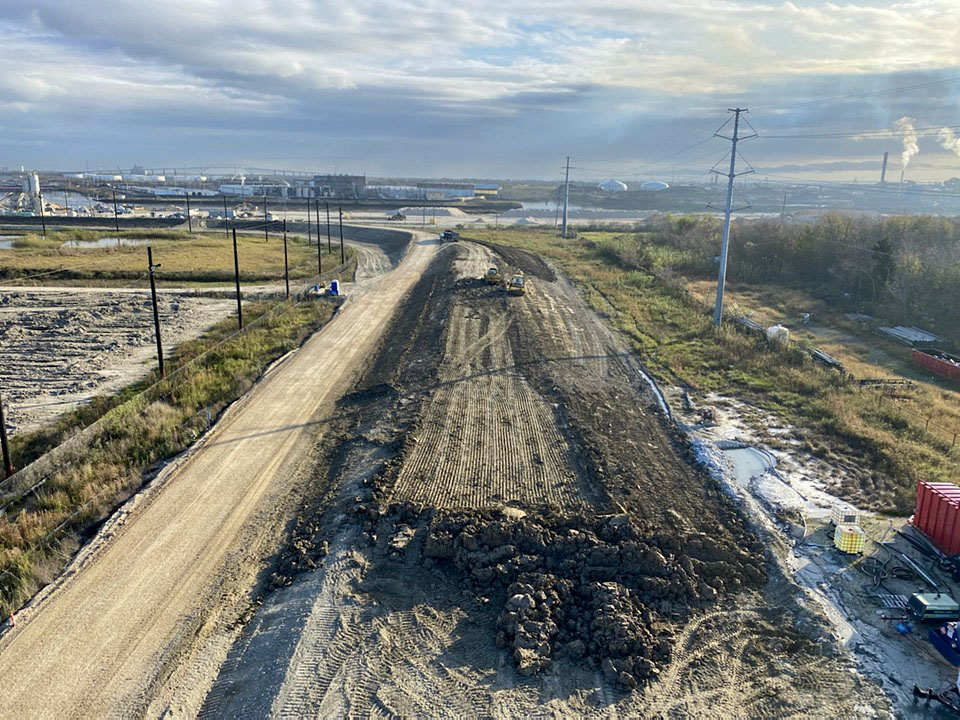 Congress approved $4 billion for the S2G program in the Bipartisan Budget Act of 2018. Under the program, the Corps and its nonfederal sponsors are designing and implementing effective and ecologically sound solutions to reduce the risk of coastal storm surge to communities, businesses and industry in Orange, Jefferson and Brazoria counties in Texas.

Of the $4 billion, $863 million has been designated for the Port Arthur Project. That project is a partnership of the Galveston Engineer District and the Jefferson County Drainage District No. 7 (DD7), with funding support from the state of Texas, the Texas General Land Office and the Gulf Coast Protection District. Design and construction costs for the project are shared between these entities (65 percent federal / 35 percent nonfederal), with the Corps being responsible for managing design and construction, while DD7 will continue to operate and maintain the system moving forward.

“For over 40 years, the Port Arthur hurricane flood protection system has protected the region from coastal storm surge,” said DD7 General Manager Phil Kelley. “The Jefferson County Drainage District No. 7 is very excited to mark completion of this first phase of the Port Arthur Project. Improving our hurricane flood protection system is vitally needed to ensure our region can safely weather more intense hurricanes and rising seas over the next 50 to 100 years.”

Additional portions of the project are currently in the design phase. It is anticipated that the nine remaining construction contracts will commence between 2022 and 2026, with all construction for the Port Arthur Project anticipated to conclude in 2028 based on current construction estimates.

“Since the S2G Program was authorized and funded in 2018, the Army Corps of Engineers has been pushing hard to ‘turn dirt’ on these critical coastal storm risk reduction projects,” said Galveston District Commander Col. Rhett Blackmon. “Completion of this first construction contract represents a major milestone in these efforts. The additional construction contracts to be awarded in the near future will continue this momentum. Over the coming years, we look forward to completing this critical project to prepare the Port Arthur area to better withstand extreme storm events, protecting life, property and economic productivity.”

For more information about the S2G program and the Port Arthur Project, visit www.swg.usace.army.mil/S2G/.

Caption for photo: The Corps of Engineers and its contractors have completed the first mile of the Sabine Pass to Galveston Bay coastal storm risk management program. (Photo courtesy of Galveston Engineer District)