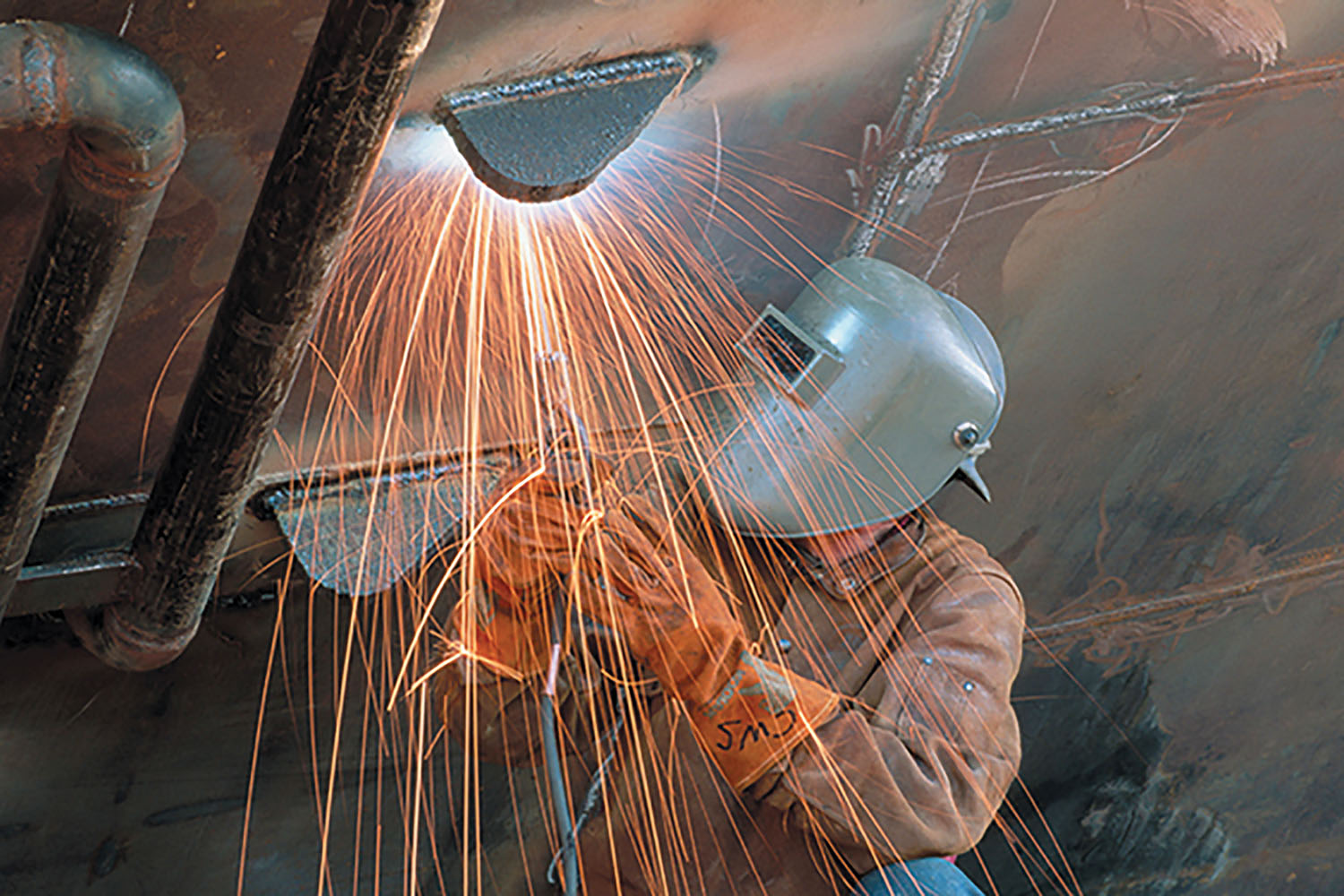 In 1992, Joseph Wesley, a commercial electrical contractor from Ohio, had an idea for how to shake up the construction staffing scene. Rather than a contractor directly hiring temporary workers to supplement his or her core workforce, what if a company with a cache of verified craftworkers could match qualified workers to specific needs? With that in mind, Wesley founded Tradesmen International.

“In the late ‘90s and early 2000s, we started to recognize some opportunity in the maritime space,” said Chad Arnold, vice president of strategic accounts for Tradesmen International.

Two early places of focus, Arnold said, were in the Newport News, Va., area and in the Great Lakes.

“That’s where things started, recognizing ‘There’s a niche within a niche here,’” Arnold said. “We’ve always focused on the skilled trades specifically, so to find that niche within our niche was a positive step for us.”

From those government-contract-reliant shipyards, Tradesmen International continued to grow its maritime-focused workforce and to expand to other shipbuilding centers around the country, which ultimately led to a presence in the inland market of the United States.

“We started dipping our toes more frequently in the Gulf region, which led us into the inland waterways,” Arnold said. “And that led us into the commercial realm, doing more work on tugs and barges and becoming more familiar with that non-government work.”

Arnold’s experience with the maritime side of Tradesmen International dates back to 2009, and in 2016, he took on leadership of that entire segment of the company.

“It’s a small industry, as large as it may seem,” he said. “It’s amazing to see how frequently we have clients working in any one of the yards where we do business, regardless of the location. It’s more intertwined than I would’ve ever expected it to be.”

On the maritime side, Arnold said Tradesmen International maintains a craftworker force of between 500 and 1,000 workers, with a shipyard customer base of between 30 and 50 yards. Where the maritime field differs somewhat from the company’s other industries is the length of contracts.

Arnold said that goal is for Tradesmen International to help shipyards better manage the peaks and valleys of their staffing needs.

“We never suggest to a commercial contractor, residential builder or to a major shipyard that they replace their entire workforce with Tradesmen craftworkers,” he said. “We always suggest to them that they supplement their workforce to use us to more effectively manage constantly churning that bottom 30 percent of their workforce.”

“The reality is, companies are looking for productive talent right now,” he said. “They’re not typically coming to Tradesmen International for green talent. So typically, we’re going to be attracting talent that has a verifiable skillset and verifiable experience, because that’s what our customers are looking for. Typically, our customers need productivity today, so we have to be mindful of that.”

Tradesmen International has its own well-developed interview process for assessing new talent that includes—yet also goes beyond—prior experience and checking references. Arnold said it’s also important for each of their 200-plus recruiters doing the initial interviews to know the technical language of, for example, “welding flux core in the 3G and 4G positions.” The interviewer “has to understand how to decipher someone who has actual experience versus someone who knows how to just talk the talk,” Arnold said.

“That’s what we depend on to verify the skills of these individuals,” he said.

Tradesmen International also has guarantees in place for shipyards in case a craftworker’s skillset doesn’t match expectations. On the flip side, if a craftworker has had a successful stint with a particular shipyard, that translates into established skill verification for subsequent assignments.

Arnold said an individual Tradesmen International craftworker may work consistently in the same region over a long period of time. However, because of the company’s wide range of customers, craftworkers also have the ability to travel to different jobs and, thus, experience different parts of the country while earning a living.

“I think that’s an attraction we have,” Arnold said. “It’s not uncommon for us in the maritime space to have our craftworkers be travelers whom we pull from a different market to support a current need. … It’s not uncommon that they work in two or three or four markets in any given year, and I view that as a competitive advantage for Tradesmen to both craftworkers and customers.”

Businesses and job seekers alike can reach out to Tradesmen International online at www.tradesmeninternational.com.

Caption for photo: One of Tradesmen International’s craftworkers welds on the hull of a vessel at a shipyard.