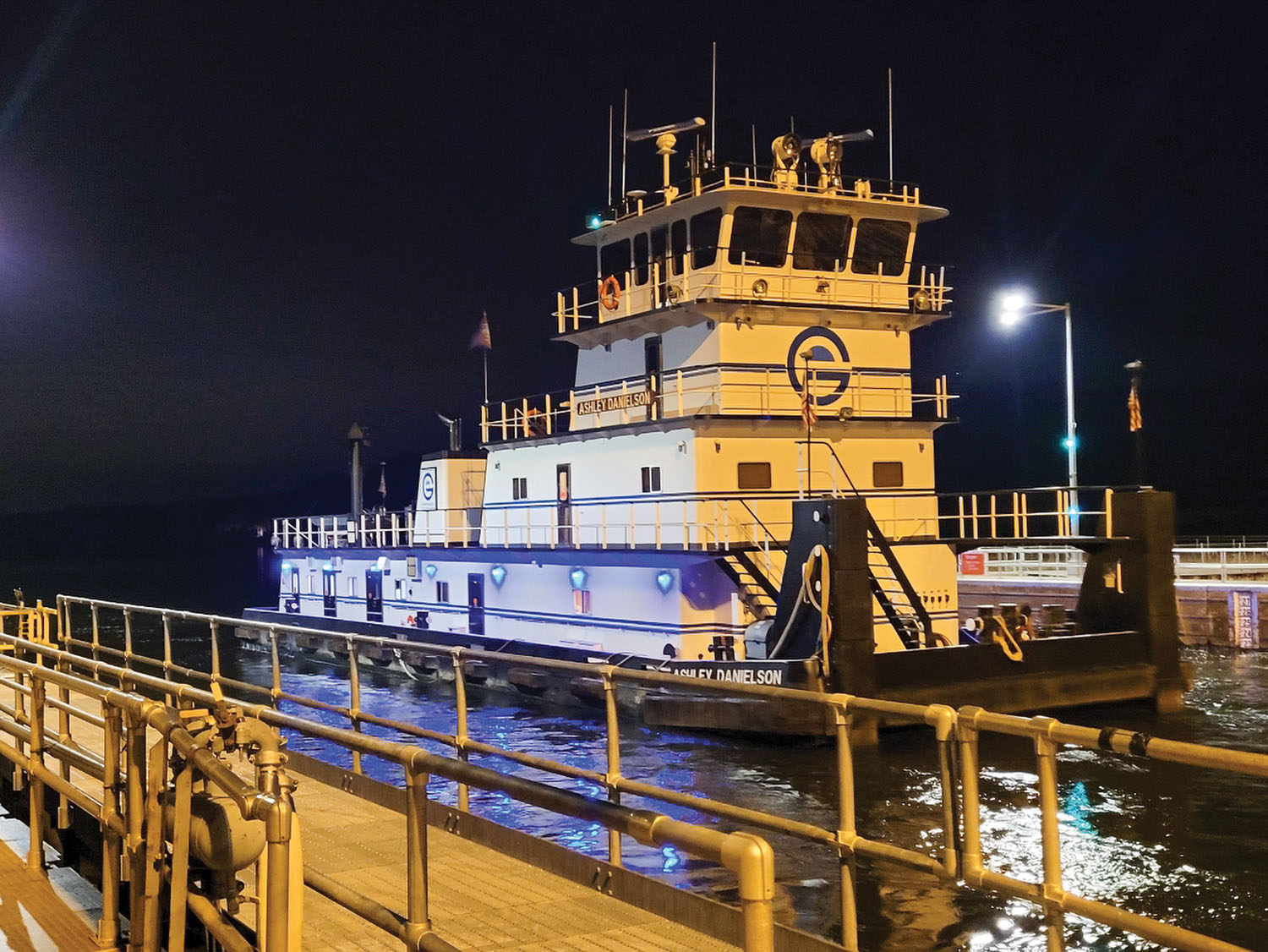 Ashley Danielson Is Last Boat Out Of St. Paul

The St. Paul Engineer District announced the departure of the mv. Ashley Danielson through Lock and Dam 2 on November 29 at 4:25 a.m., ending the 2022 navigation season in the Twin Cities.

Traditionally, the last tow departing the capital city heading south of Lock and Dam 2, near Hastings, Minn., has marked the unofficial end of the navigation season. The last tow to leave St. Paul, Minn., usually occurs around the last week of November or the first week of December.

The 2022 season began March 21 when the mv. Aubrey B. Harwell Jr. broke its way through the ice of Lake Pepin to travel to St. Paul.

St. Paul District staff will spend the coming winter on maintenance projects scheduled at Locks and Dams 3 and 4 for miter gate anchorage bar replacement. The repairs are scheduled for completion in March.

Caption for photo: The mv. Ashley Danielson departs Lock 2 as the last boat out of the Twin Cities for the 2022 navigation season. (St. Paul Engineer District photo)