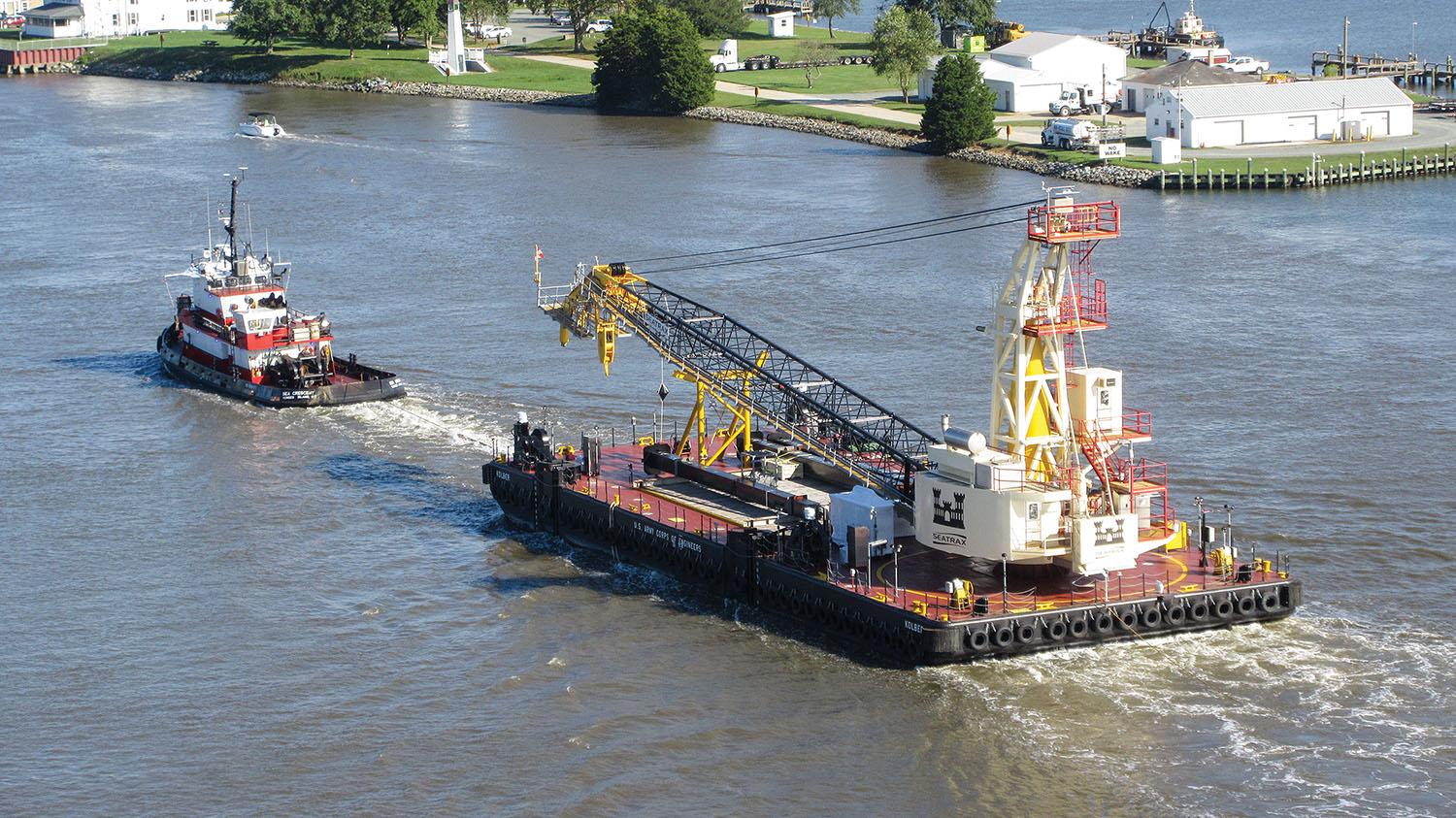 The Buffalo Engineer District held a christening ceremony for the Derrickboat Kolber at the USACE Ohio Areas Office on October 24. Following the ceremony, public tours of the vessel were made available until 4 p.m., with floating plant crewmembers available to answer questions about the vessel.

The new derrickboat was named in honor of Jonathan E. Kolber, whose 35-year service to the nation as a civil engineer was described as “an enduring legacy that has inspired many young people to follow his footsteps into the engineering profession and continues to inspire today’s Army engineers.”  Kolber was employed by the Buffalo District as a geotechnical engineer. An expert in concrete applications and geotechnical design, he deployed in support of New Orleans I-wall evaluations; visual inspections of all Hawaii dams following the Ka Loco Dam collapse; and inspections of thousands of structures damaged by hurricanes Katrina and Rita.

This new derrickboat is 160 feet long, with a beam of 60 feet and a depth of 12 feet. The large crane is a SeaTrax series 60 Model S9302. Its design and construction were contracted by the U.S. Army Corps of Engineers Marine Design Center.  The barge was designed by TAI Engineers of New Orleans, La., and constructed by Metal Trades Inc. of Hollywood, S.C.

The Kolber will serve as part of the Buffalo District Repair Fleet, whose mission is to provide routine navigation, operations and maintenance services to the Black Rock Lock in Buffalo, and 36 federal harbors across Lakes Erie and Ontario.  The Kolber is expected to serve as the Buffalo District floating crane for the next 40 years.

The Kolber’s primary work will be maintenance repairs of the 37 miles of coastal navigation structures (pier, jetties, breakwaters) and removal of obstructions to navigation from the channels.  Additionally, the Kolber will support maintenance work at the Black Rock Lock, including miter gate removal and installation for the replacement projects currently scheduled for the next two winters.

The original Black Rock Lock was built for the Erie Canal in 1833. Today’s lock was constructed by the Corps of Engineers from 1908-1913.

The Derrickboat Kolber will continue the long tradition of maritime service provided by the Buffalo Engineer District, in which federal government employees have operated vessels on the Great Lakes since the 1830s.