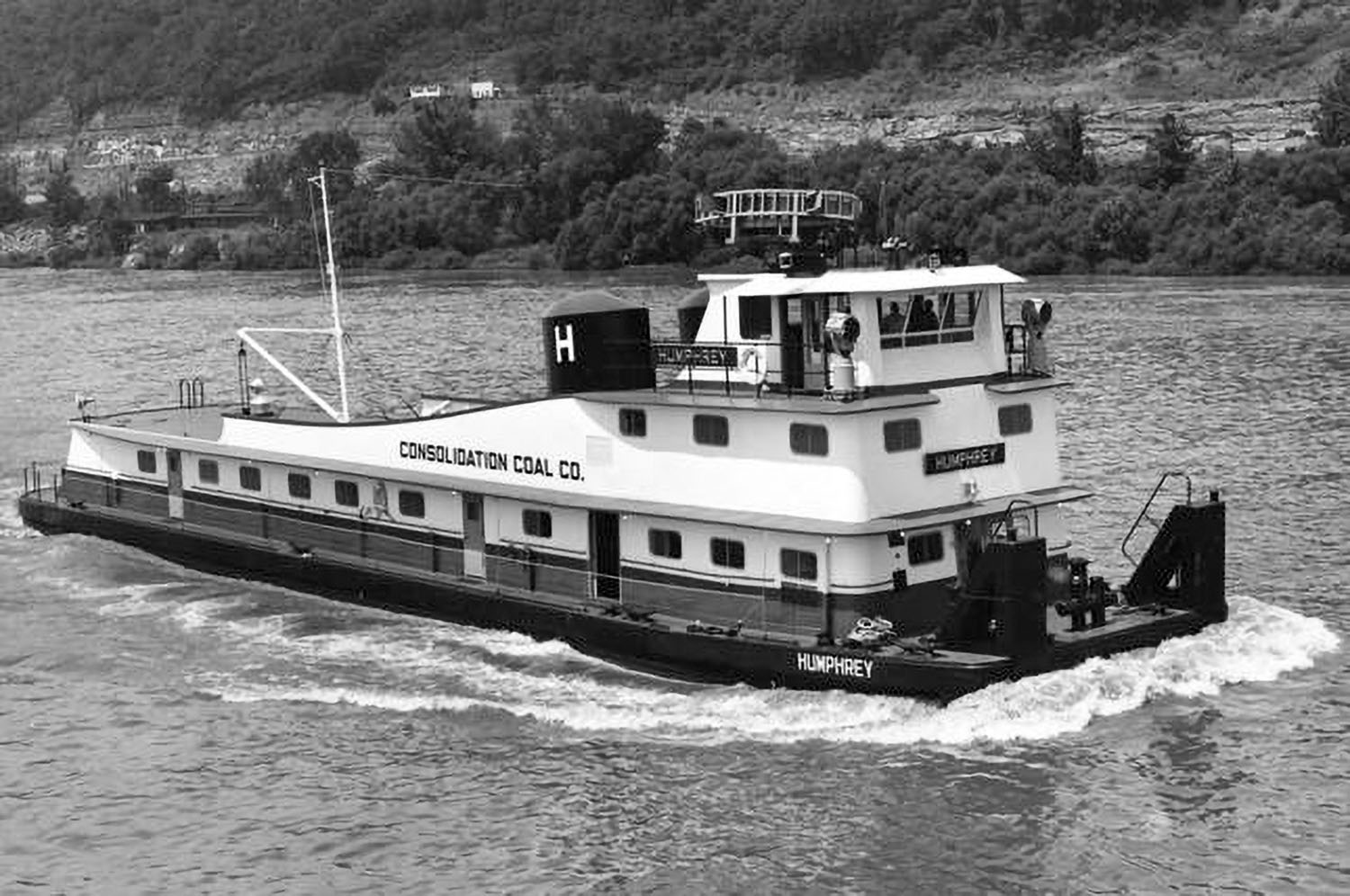 ‘Weirton Express’ Back In Operation After 22 Years

This first column for 2023 may be more appropriate for the Easter season since it involves a resurrection. The boat that will be described is 65 years old this year, so to some it is “old,” but there are some much older still in operation on our river system. It is a diesel boat, and it was never powered by steam, although I’m certain that when new it exchanged whistle signals with the last of the steamers operating in the Pittsburgh area.

The Old Boat column of the December 23, 1972, issue of The Waterways Journal addressed this subject and was headlined “When Does A River Vessel Become An ‘Old Boat’?” This column, probably written by the late Jim Swift, highlights a boat that was then 32 years old and diesel, a departure from past columns that had dealt with steamboats. The first paragraph states, “Although the editors tend to think of ‘old boats’ as vessels operated in the era of steam, there are really some diesel vessels that also might fit into the old boat category. Whether they do depends to some extent, of course, on the age of the reader.” The final paragraph states, “It appears evident that the ‘old boat’ category should be expanded into the diesel era, and the editors plan to recognize the need for such action.”

The subject vessel of this week’s column was first heralded on the last page of the Annual Review issue of the WJ for December 21, 1957. The headline reads “New Pittsburgh Coal Boat Will Offer New Design.” The story tells of a towboat then under construction at the Neville Island, Pa., shipyards of Dravo Corporation for the Pittsburgh Consolidation Coal Company. It said that this boat would embody “the most advanced principles in scientific marine design,” and that it “will be the most efficient towboat of its draft ever to operate on the inland waterways.” No name was given for the new boat, but much was detailed about the hull lines that had been substantially refined, with stern lines both longer and leaner and stern tunnels that were broader. Modifications had been made to the kort nozzles and rudders, and the hull was to have greater rigidity. The new vessel was expected to be equipped with “the most modern navigational aids, including radar and ship-to-shore telephone.”

Photos of the boat while it was being completed on the ways at Dravo clearly show the name George M. Humphrey on the hull of the vessel. George M. Humphrey had been the secretary of the treasury under President Dwight Eisenhower, leaving that post in July 1957 to return to private life as chairman of the National Steel Corporation. National Steel included Weirton Steel at Weirton, W.Va., which was supplied coal by the Pittsburgh Consolidation Coal Company (then known as Pittsburgh Coal or Consolidation Coal), owners of the new boat. For whatever reason, by the time the boat entered service in 1958 the name had been shortened to simply Humphrey.

The Humphrey was 132 by 27 and had 1,600 hp. from a pair of Superior model 40S turbocharged diesel engines and Falk reduction gears operating at 225 shaft rpm. The streamlined superstructure design of the boat set it apart from others that had been built recently by Dravo. It had a regular run from the Consolidation Coal landing at West Elizabeth, Pa., Mile 23 on the Monongahela River, to Weirton Steel at Mile 62 on the Ohio River. This round trip originally involved running 170 miles, making 14 locks, and the Humphrey would routinely complete the trip in 24 hours or less. This swiftness earned the boat the nickname of “The Weirton Express” from those working in the Pittsburgh area, and it continued in that run for many years.

Consolidation Coal over the years became Consol Energy, and its fleet of boats was operated under Twin Rivers Towing Company. In 1987, a new boat was built for them by Superior Boat Works, Greenville, Miss., named Wanda B. It replaced the Humphrey, which was laid up and advertised for sale. In 1991 it was sold to River Salvage Company Inc., Pittsburgh, which in turn sold it to Pittsburgh Tug Company Inc., South Heights, Pa., in November 1992. Pittsburgh Tug renamed the boat Daniell Lynn and operated it on the Upper Ohio and Mon rivers until about 2000 when it was laid up and partially dismantled.

On November 21, 2005, the Daniell Lynn was sold to Neale Marine Transportation & Fleeting, Parkersburg, W.Va. Owned by the Neale family, the original intention was to utilize the boat as a landing boat at their main landing at Vienna, W.Va., Ohio River Mile 178. After a drydocking and thorough examination of the boat it was determined that it would be feasible to rebuild and restore it to service. This determination was made, in part due to the fact that the boat had been built by Dravo, and the reputation it had as The Weirton Express for all those years.

Over the course of several years the Neales completely rebuilt the boat, including installing a new hull and repowering with new engines and generators. Now renamed Capt. Rick Neale, the boat is powered by a pair of Cummins KTA38-M3 engines totaling 2,200 hp. It officially re-entered service on December 26, 2022, after Capt. C.R. Neale III says “Santa Claus delivered her COI.” Appropriately, the master aboard the vessel for the first revenue run in 22 years was Capt. Rick Neale himself.

So, Happy New Year to the Neales, as well as all of our other river friends, and best wishes that “The Weirton Express” will continue to operate with the efficiency that was prophesied in the WJ Annual Review of 1957.