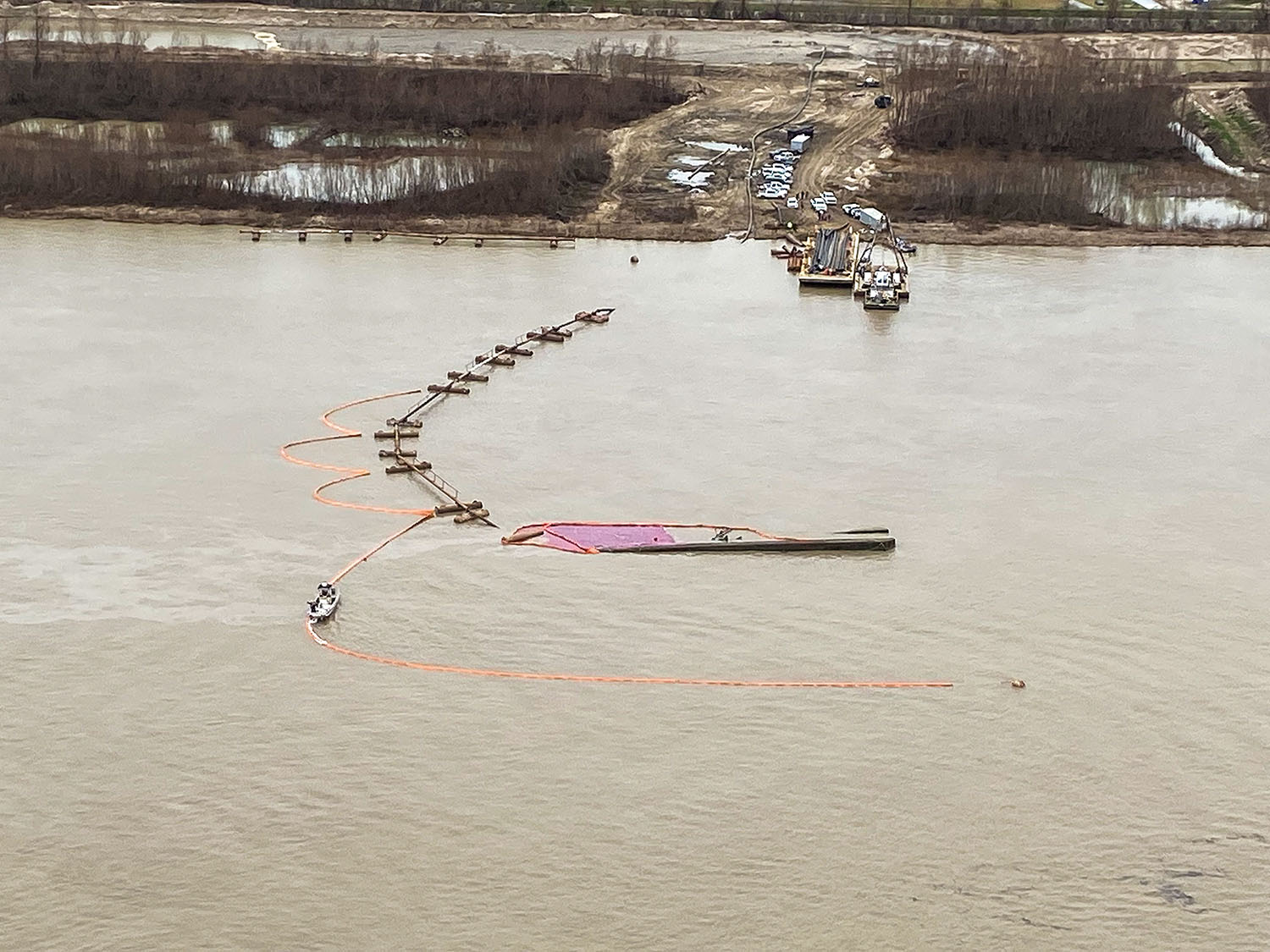 The cutter suction dredge W.B. Woods, owned and operated by Avondale, La.-based Wood Resources, capsized January 16 off the east bank of the Mississippi River in the vicinity of Mile 85 near Meraux, La. Coast Guard Sector New Orleans received word at 12:50 a.m. that the dredge had overturned, and a pair of crew members had been aided by the crew aboard the mv. Omaha.

The Omaha, part of Turn Services’ fleet of towboats, was working in the company’s Meraux Fleet on the west bank of the river when the call for help came from the W.B. Woods. As the Omaha approached the W.B. Woods, the dredge was already going under, and a crew member jumped into the river. The Omaha crew pulled that W.B. Woods crew member from the water and took a second crew member aboard.

“It was very heroic work by the captain and the deckhand,” said Brad Chauvin, vice president of boat operations for Turn Services.

By sunrise that morning, a sheen could be seen originating from the capsized dredge and stretching downriver some 20 miles, according to the Coast Guard. Environmental Safety & Health Consulting Services (ES&H), the oil spill response contractor, deployed three vessels to the river to conduct skimming operations. ES&H also deployed both hard and soft boom around the dredge to contain the discharge.

The Coast Guard closed the river to navigation between Mile  81 and Mile 86 for about eight hours. No salvage plans had been reported at press time.

According to the Coast Guard, the cause of the incident remains under investigation.

Caption for photo: An aerial shot of the W.B. Wood after it capsized on the Mississippi River with 940 feet of boom around it near Meraux, La., on January 16. The Coast Guard Sector New Orleans Incident Management Division is overseeing the pollution response and coordinating with Wood Resources LLC on plans to salvage the capsized vessel. (U.S. Coast Guard photo by Sector New Orleans)