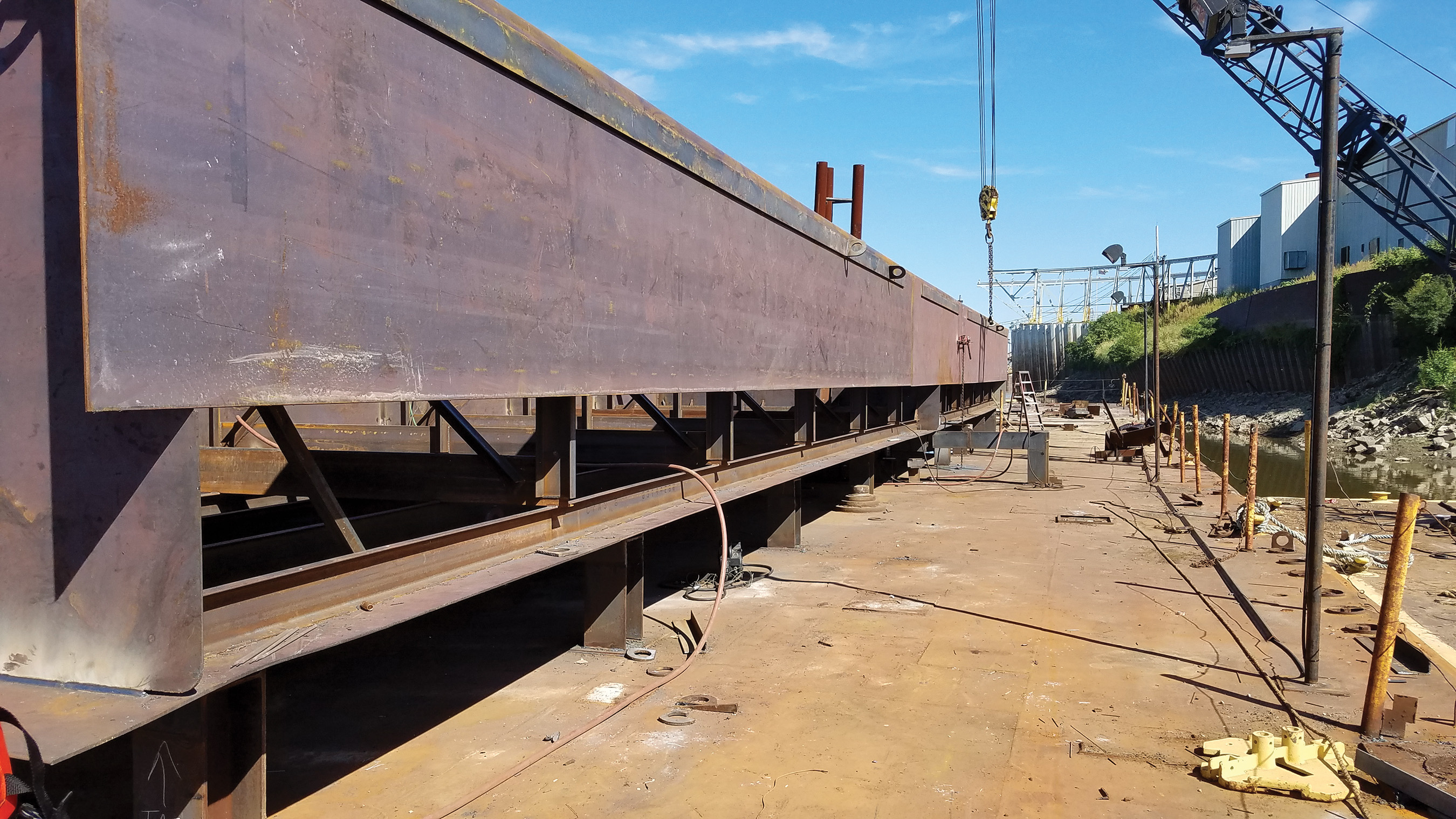 Gateway Dredging & Contracting LLC, Monroe, Mo., is in the process of building two 130- by 30- by 7-foot, 3-inch sand barges at National Maintenance & Repair in Hartford, Ill. The sand barges are deck barges with cargo boxes that hold up to 500 tons of sand, according to Terry Bangert, operations manager for Gateway.

Bangert said Barge GDC-43 is under construction and scheduled for delivery in December. Barge GDC-44 will be built next year, he added. “National Maintenance agreed in late 2016 they would build us two sand barges at their convenience—one in 2017 and one in 2018,” said Bangert, who added that the company is seeking bids from local shipyards to build one or two 195- by 35- by 9-foot deck or spud barges to be rented or added to the Gateway unloading barge fleet. “No contracts have been awarded for this project,” he said.

Gateway Dredging & Contracting LLC was formed by the merger of Limited Leasing Company and Jotori Dredging Inc. Between the two companies, Gateway has more than 65 years of dredging experience. The firm supplies sand on the Missouri and Mississippi rivers.

On the Missouri River, Gateway operates from the mouth of the river to Washington, Mo. The company also dredges from Alton, Ill., to Crystal City, Mo., on the Mississippi River.