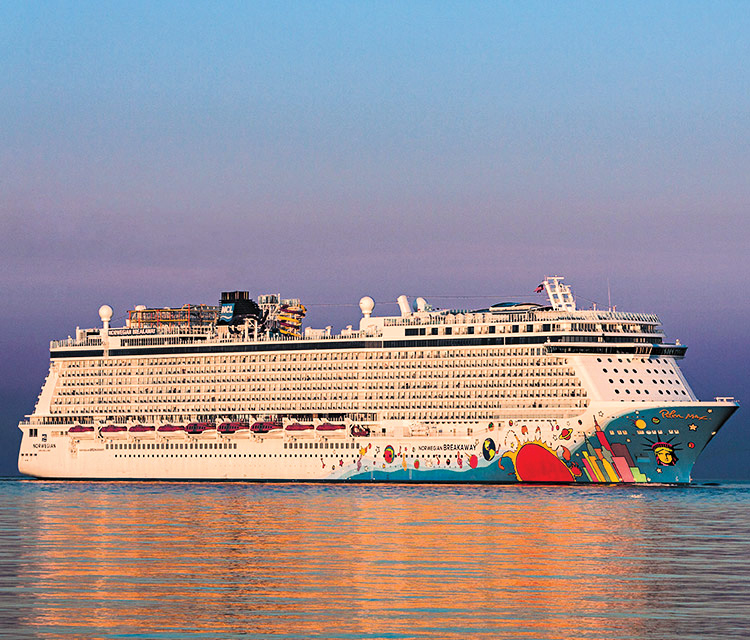 New Orleans vessel watchers had better grab their wide angle lenses, because beginning November 2018 they will have the chance to see the longest cruise ship to ever call on the Port of New Orleans.

“The Port of New Orleans values our close partnership with Norwegian Cruise Line and appreciates the addition of the Norwegian Breakaway to the cruise schedule next year,” said Brandy Christian, president and CEO of the Port of New Orleans. “The passengers who begin and end their Norwegian Breakaway cruise from our historical city will experience Port NOLA’s commitment to high level service and the Crescent City’s vibrant energy.”

The Breakaway will arrive November 11, 2018, and will relieve the 2,394-passenger Norwegian Pearl, which will sail from New Orleans from November 2017 through April 2018. The Norwegian Breakaway will offer 7-, 10- and 11-day cruises to the Caribbean. Ports of call will include Cozumel and Costa Maya, Mexico; Ocho Rios, Jamaica; George Town, Grand Cayman; Roatan Bay Islands, Honduras; and Norwegian’s own Harvest Caye in Belize.

“Norwegian Breakaway will be the largest and newest ship from Norwegian to sail from New Orleans, and we are thrilled to bring our signature Breakaway-class ship to this important homeport,” said Norwegian Cruise Line President and CEO Andy Stuart. “We want to provide more opportunities for our guests across the country to explore beautiful destinations and enjoy all the spectacular features of our newest ships, along with the freedom and flexibility that only a Norwegian cruise can offer.”

The announcement is the latest in a string of good news regarding New Orleans-based cruises. Last year, cruise terminals at the Port of New Orleans welcomed a record 1,070,685 passengers, breaking the 1 million passenger threshold for the third straight year. The arrival of the Norwegian Breakaway will also coincide with the city’s tricentennial celebration next year.

The Norwegian Breakaway features accommodations ranging from studio staterooms for solo cruisers to an all-suite high end enclave, more than 25 dining options, a water park with five slides and a ropes course, and entertainment that includes Broadway’s Rock of Ages musical.

According to Norwegian, the Breakaway will be taken out of service for two weeks in the spring to update public spaces and provide new flooring, furniture, decorations and carpeting in staterooms.