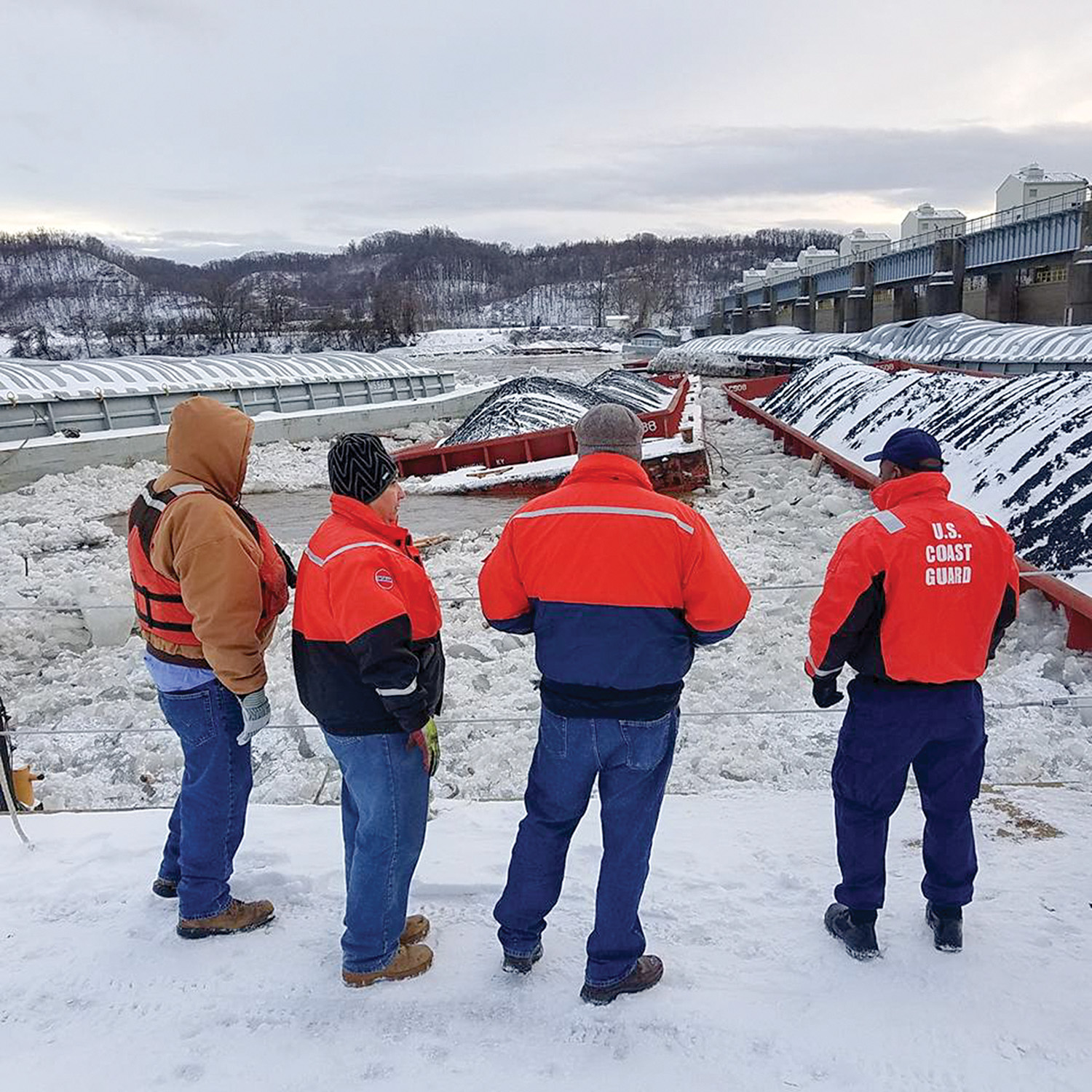 A unified command consisting of the Coast Guard, the Pittsburgh Engineer District and river industry partners continued its response to barge breakaways last week on the Ohio River near Pittsburgh, Pa., and Moundsville, W.Va. According to the Coast Guard, more than 60 barges broke loose from their moorings on January 13 due to ice and high water on the river.

At Moundsville, 34 barges broke away from fleeting areas at Mile 94 on the Ohio River. The Corps said that as of January 17, all 34 barges were located. The Corps is continuing to survey the surrounding area with side-scan sonar to assess the condition of the channel and look for possible obstructions.

On the same day as the 34 barges broke loose in West Virginia, 27 barges broke away from Jack’s Run Fleeting area at Mile 4 on the Ohio River near Pittsburgh. Twenty-five of the barges have been accounted for.

The Pittsburgh District said it is continuing ice-breaking and removal operations at Emsworth Lock and Dam, where the two unaccounted-for barges are reportedly located, to open the area for salvage crews to remove several barges that are lodged against the dam. Mariners are advised to be cautious of potential heavy ice flows resulting from the ice-breaking efforts at the lock and dam.

“The Coast Guard is working in tandem with our federal and industry stakeholders to account for all barges involved in both incidents and to facilitate the reopening of the waterways and the resumption of commerce,” said Cmdr. Leon McClain Jr., the captain of the port of Pittsburgh.

The Coast Guard continues to monitor the situation in both locations. There are no reports of significant damage to Emsworth Lock and Dam and no environmental concerns from pollution.

Two safety zones, full waterway closures, have been established from Mile 93 to Mile 110 and Mile 2 to Mile 20 on the Ohio River due to the risk of channel obstructions. The public and industry personnel are urged to ensure barges and vessels are strongly secured due to heavy ice flow on the Ohio and Allegheny rivers.