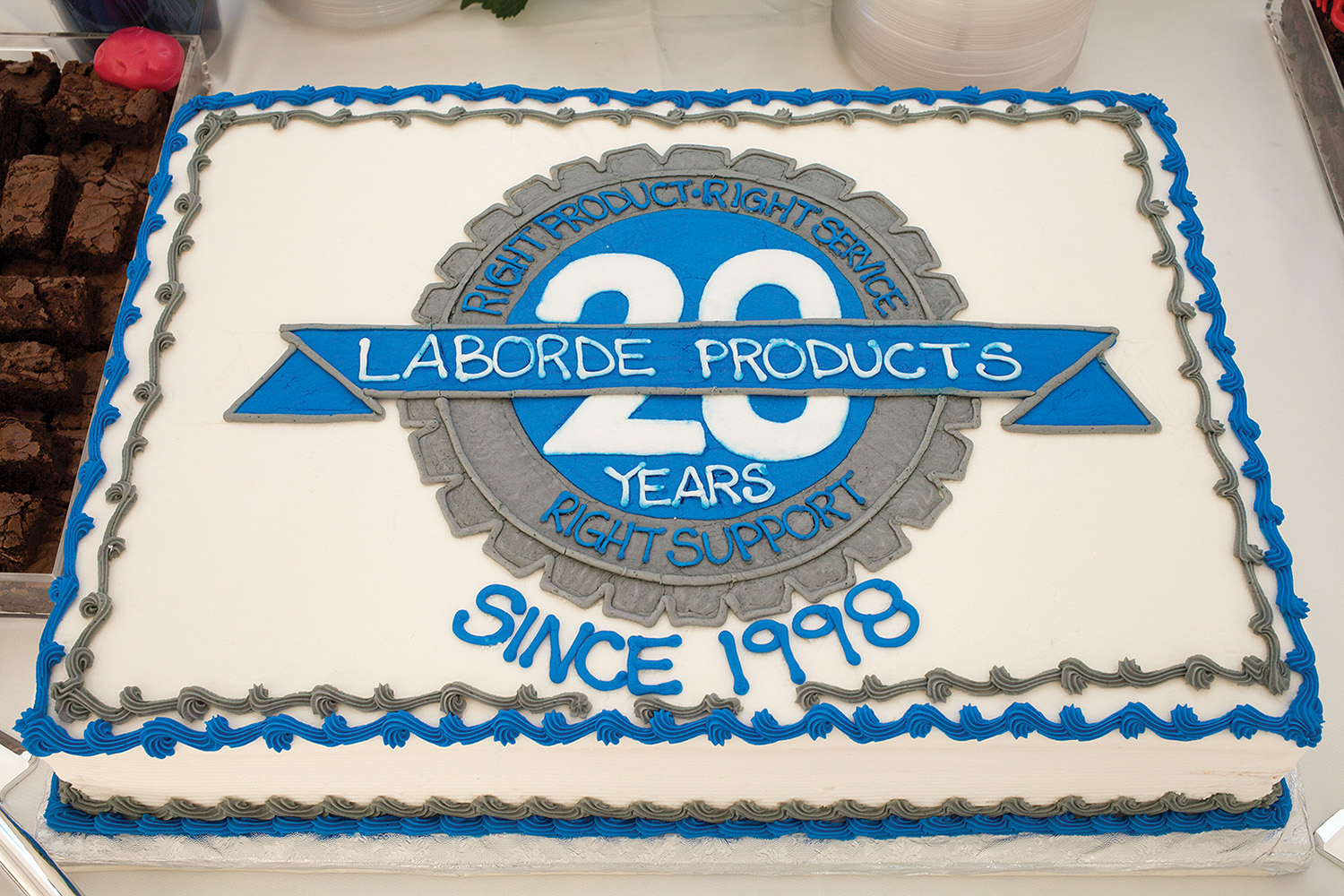 Customers, suppliers and Laborde Products team members gathered April 12 under a tent outside the company’s Louisiana headquarters to celebrate the occasion, which was highlighted by boiled crawfish, cake and traditional Cajun music. Addressing the crowd of friends and colleagues, Laborde Products President Brian Laborde said he remembers well the early days of the company that bears his family name.

“I can remember my dad coming home from work one day,” Brian Laborde recalled. “My brothers and I were in high school, and my dad said, “I’m going to buy an engine company.’”

Brian Laborde said the news caught the family off guard, since the family business prior had been in operating boats and not supplying components.

That family legacy goes back to Brian Laborde’s great uncle, Alden “Doc” Laborde, a World War II veteran, who invented and built the first submersible drilling rig to serve Louisiana’s burgeoning oil and gas industry in 1954. That company became ODECO (Ocean Drilling & Exploration Company). Then in 1955, Laborde’s grandfather, John P. Laborde, also a World War II veteran, developed along with his brother, Doc, the world’s first offshore support vessel, which for the first time placed the wheelhouse at the front of the ship, with the cargo deck behind it. John Laborde went on to serve as chairman, CEO and president of Tidewater Marine Service.

Much later, in 1995, Brian Laborde’s father, Tracy, helped start Laborde Marine, a supply and crew boat operator. Three years later, though, Tracy Laborde left Laborde Marine and acquired Star Power Services, a Covington-based distributor of Yanmar engines. Speaking at the 20th anniversary celebration, Tracy Laborde said the move was family-inspired—he wanted to be able to spend more time at home with his family at the end of work days.

Brian Laborde said his father immediately used those connections he already had in the maritime industry to launch Laborde Products Inc.

“He had a vision that he was going to create a company that could service and support the industries we knew so well in the commercial marine markets,” Brian Laborde said. “His experience in the marine industry is ultimately what has created so much value in the company we have today.”

Brian Laborde, reflecting on the company’s 20 years in business, singled out three people who’ve left their mark on Laborde Products. The first, understandably, was his father, who established the values that still define the company.

“That still is true today,” he added.

“This company would not be anything compared to what we are today without Doug’s experience, without his business acumen, without his relationships in the industry that he built over so much time,” he continued.

“It’s not often that you hire someone and you don’t have anything for them,” Brian Laborde said. “Joe joined the Laborde Products team, and there wasn’t a building, there wasn’t a customer, there wasn’t a whole lot of anything over in Houston. There was just Joe and his kitchen table.”

Brian Laborde praised Manning for dedicating himself to the success of the company from day one.

“From the very first day, he was totally committed to the success of this company and everyone involved in it,” Brian Laborde said. “The operation we developed in Houston—so many new relationships we’ve had, so many new businesses we’ve started in Joe’s tenure at this company are a testament to him and his family and the heritage he’s had. He truly left an impact on this business when he retired several years ago.”

Each of those three now-retired leaders helped grow a business and team of company leaders to take Laborde Products into the future, Brian Laborde said.

“We are what we are today because of the hard work these three men put into the company, along with the teams they worked with,” he said.

Brian Laborde also recognized his grandfather, John, who attended the crawfish boil along with the extended Laborde family, praising him as “a man who has not only changed industries but created industries.”

“He and his family have left an impact on this state and this country that could be rivaled by very few revolutionaries that have lived in this generation,” Brian Laborde said. “My grandfather is 94 years old and still coming to company crawfish boils to support his family. I think it’s pretty special.”

Finally, he thanked customers who have trusted and stood behind Laborde Products over the years.

“So many of you have taken a chance on Laborde Products when maybe there were those pushing back,” he said. “There’s always a bigger name out there, but you’ve taken a chance on us, you’ve given us an opportunity, and we’ve done everything in our power to try to support that decision and provide value for you and your business every single day.”

Below is a slideshow with more photos from the Laborde anniversary event. All photos are by Frank McCormack. 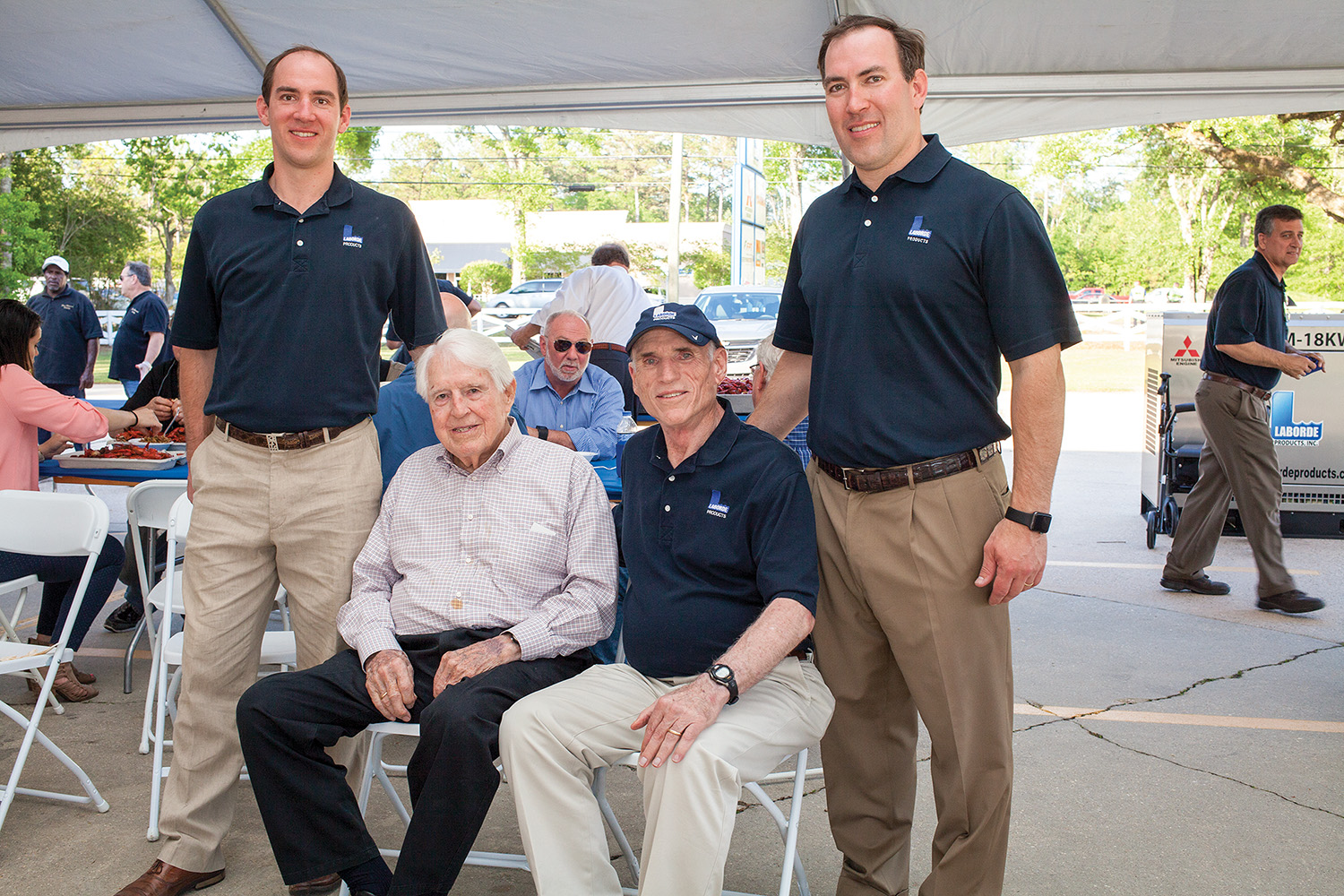 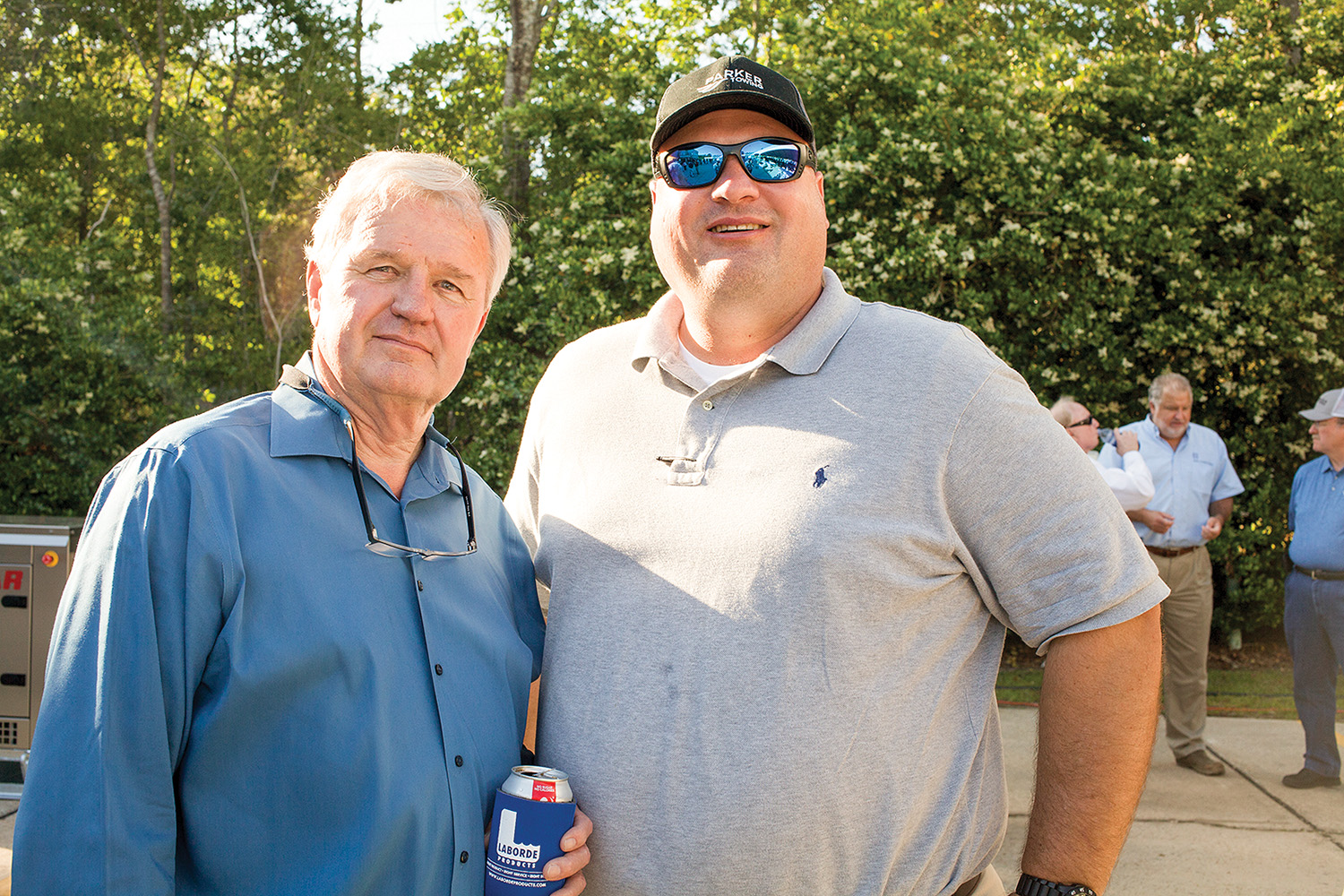 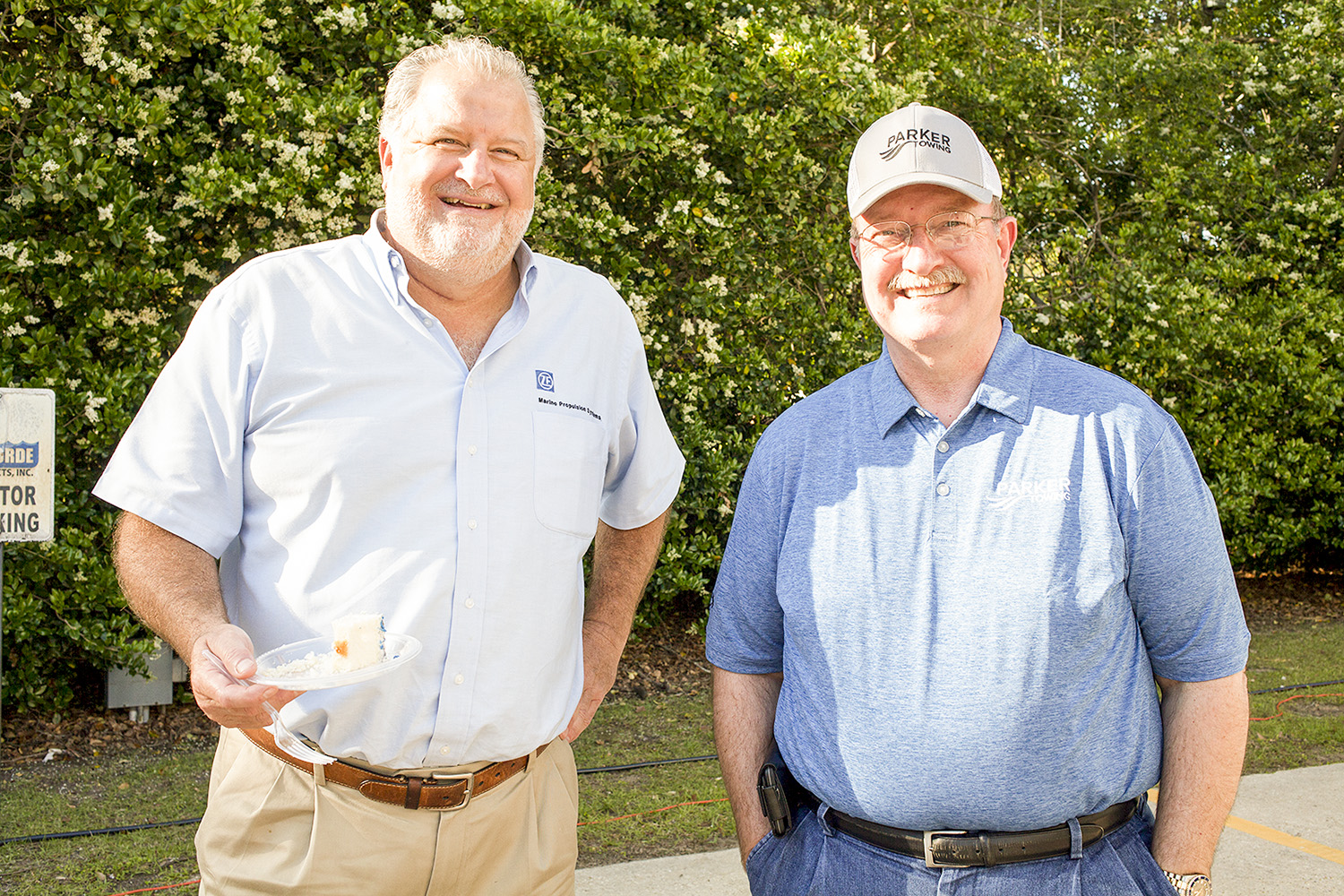 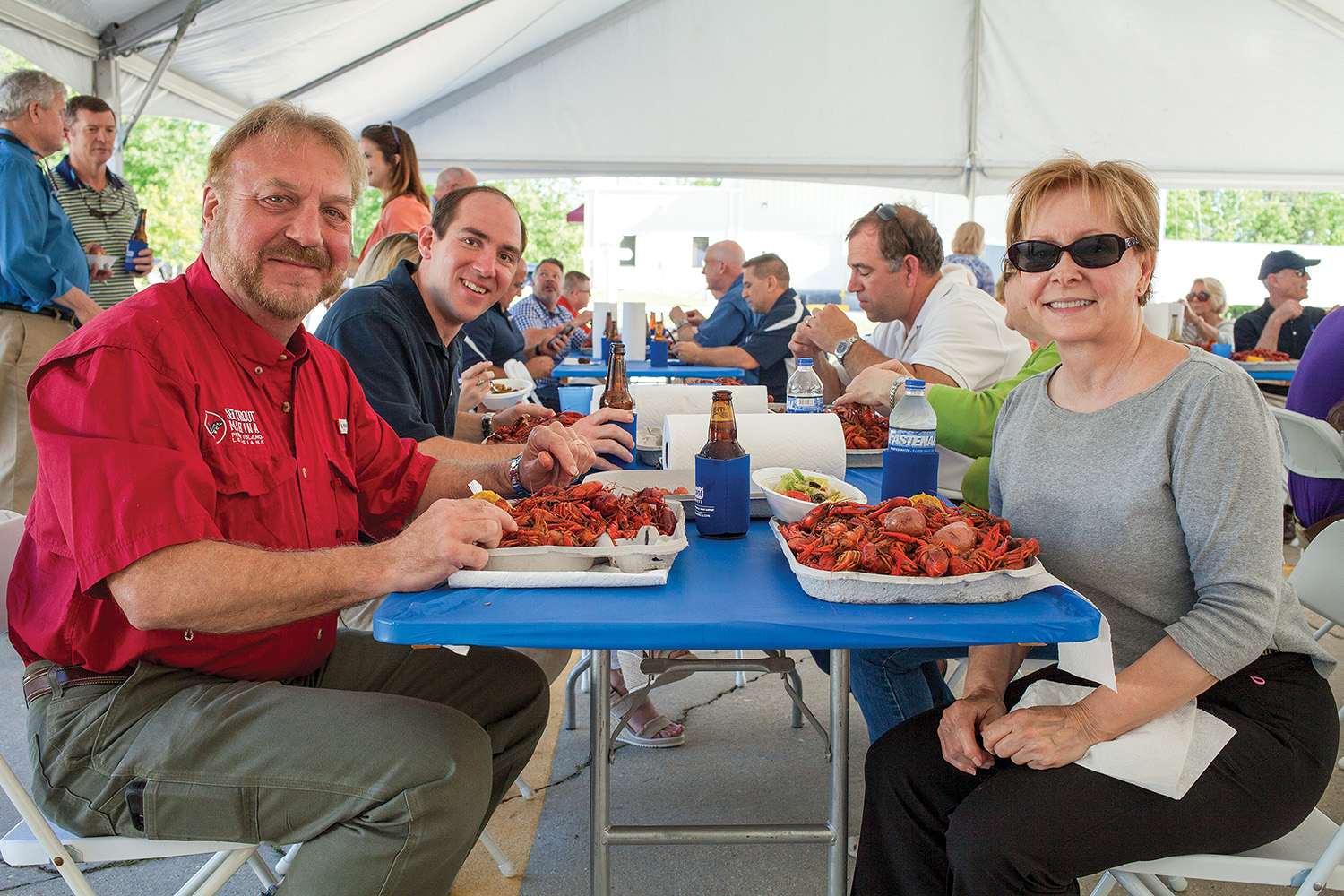 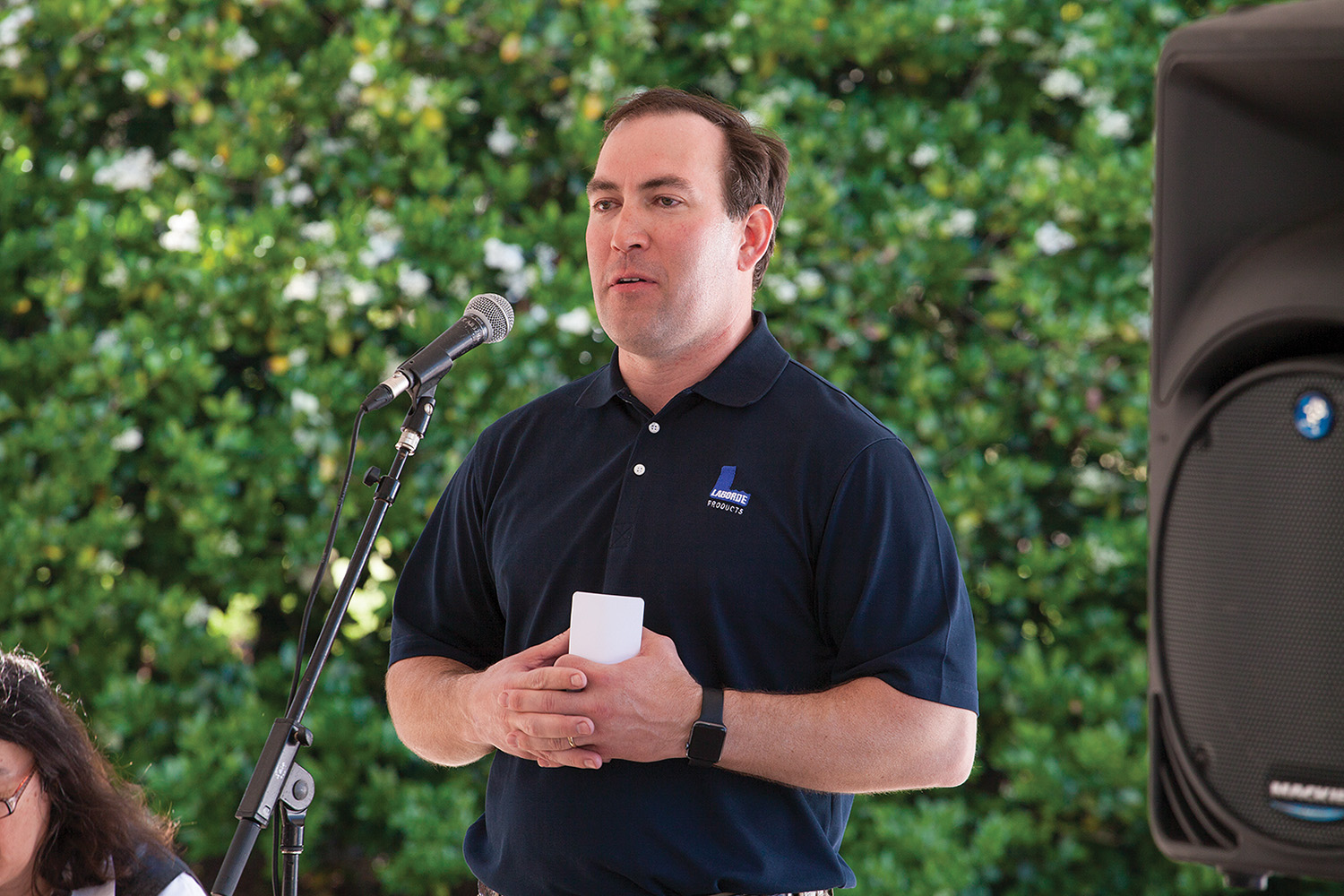 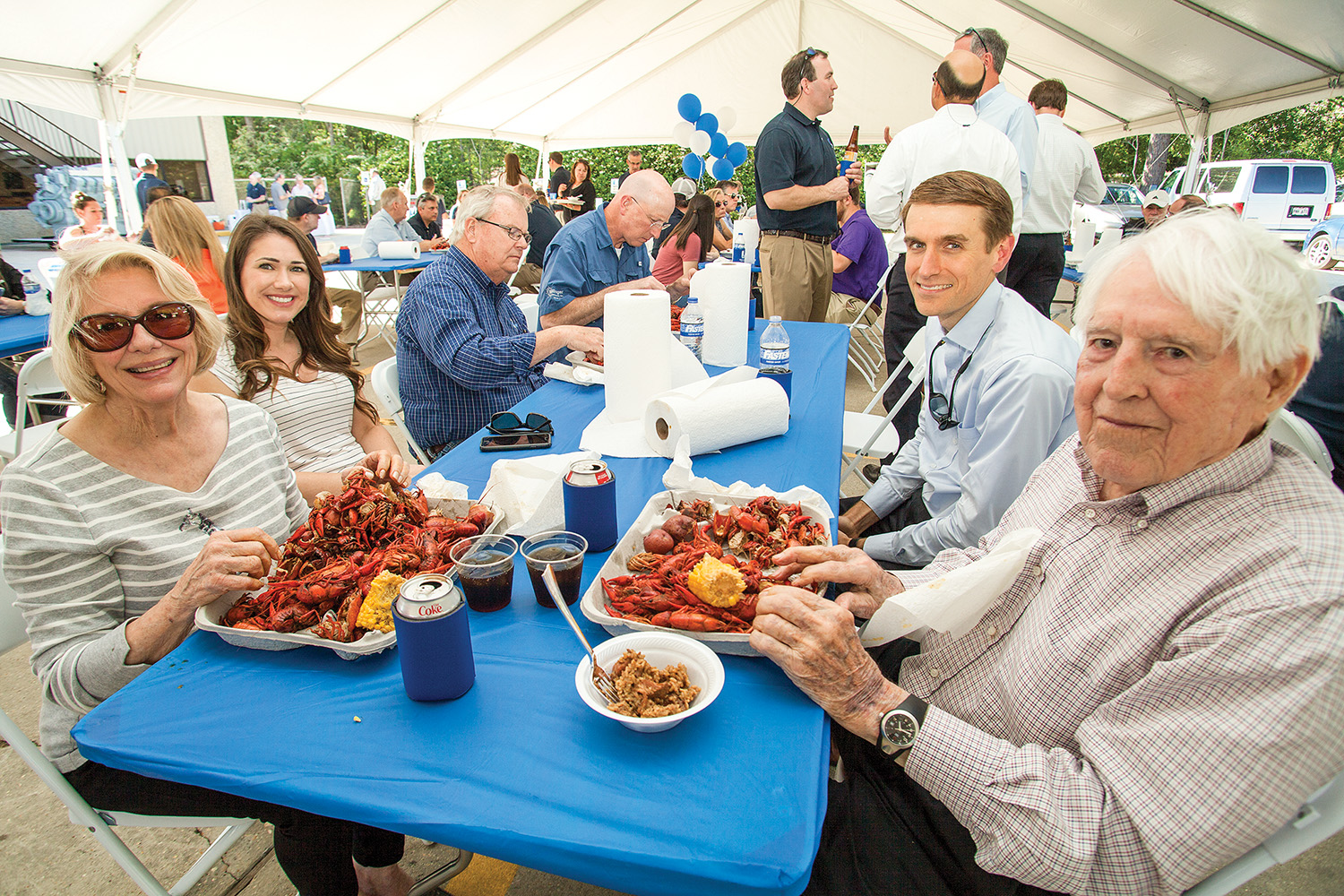 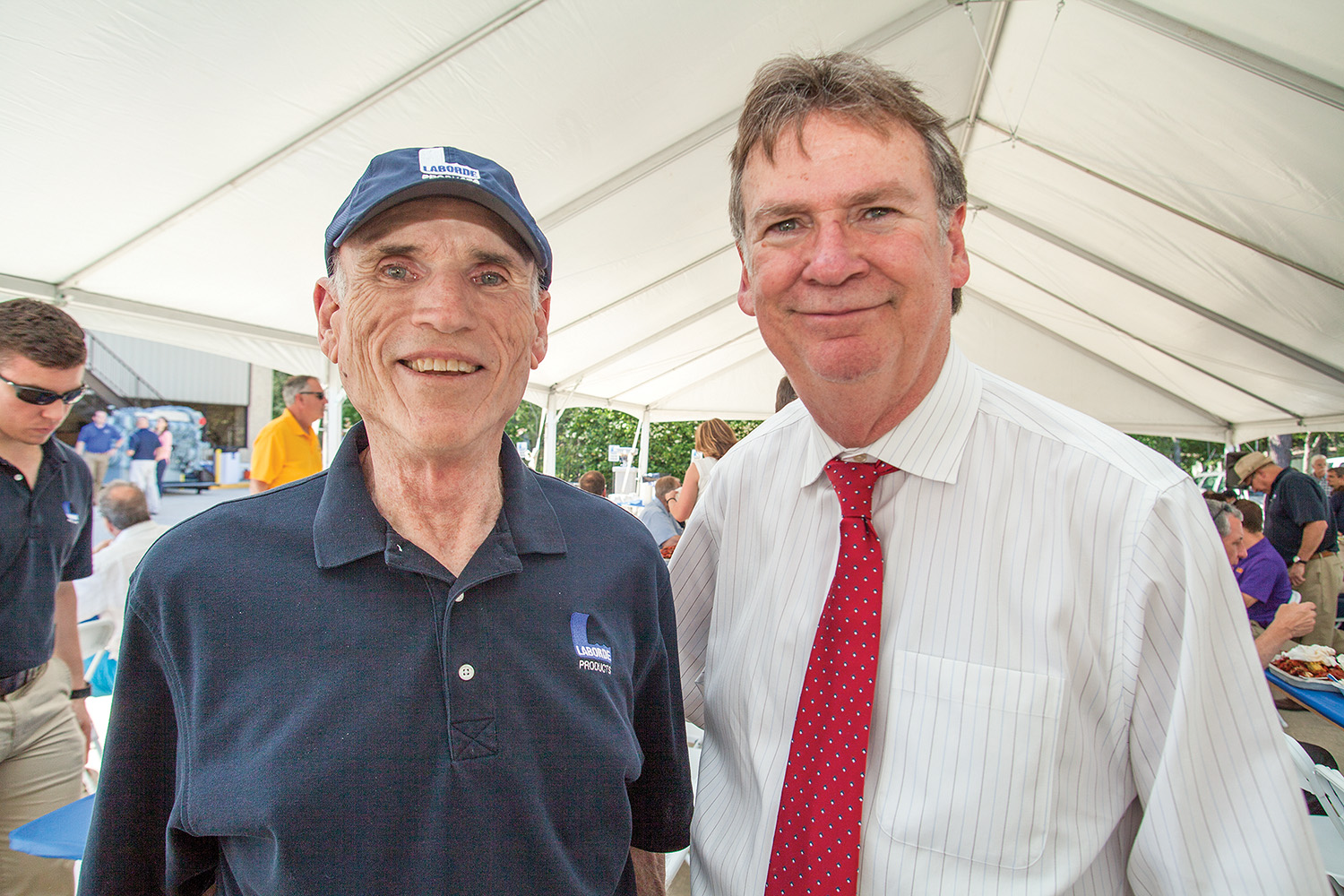 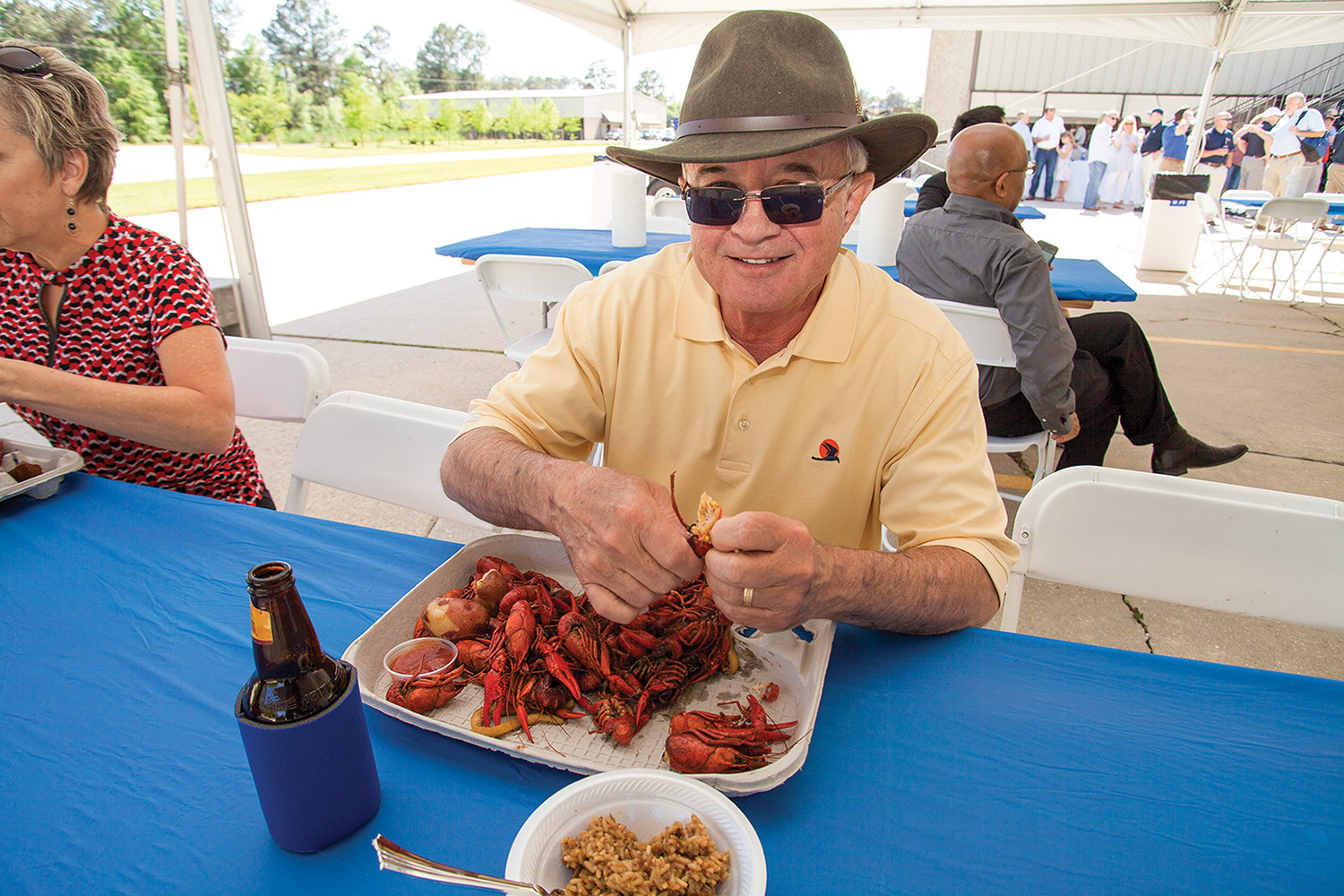 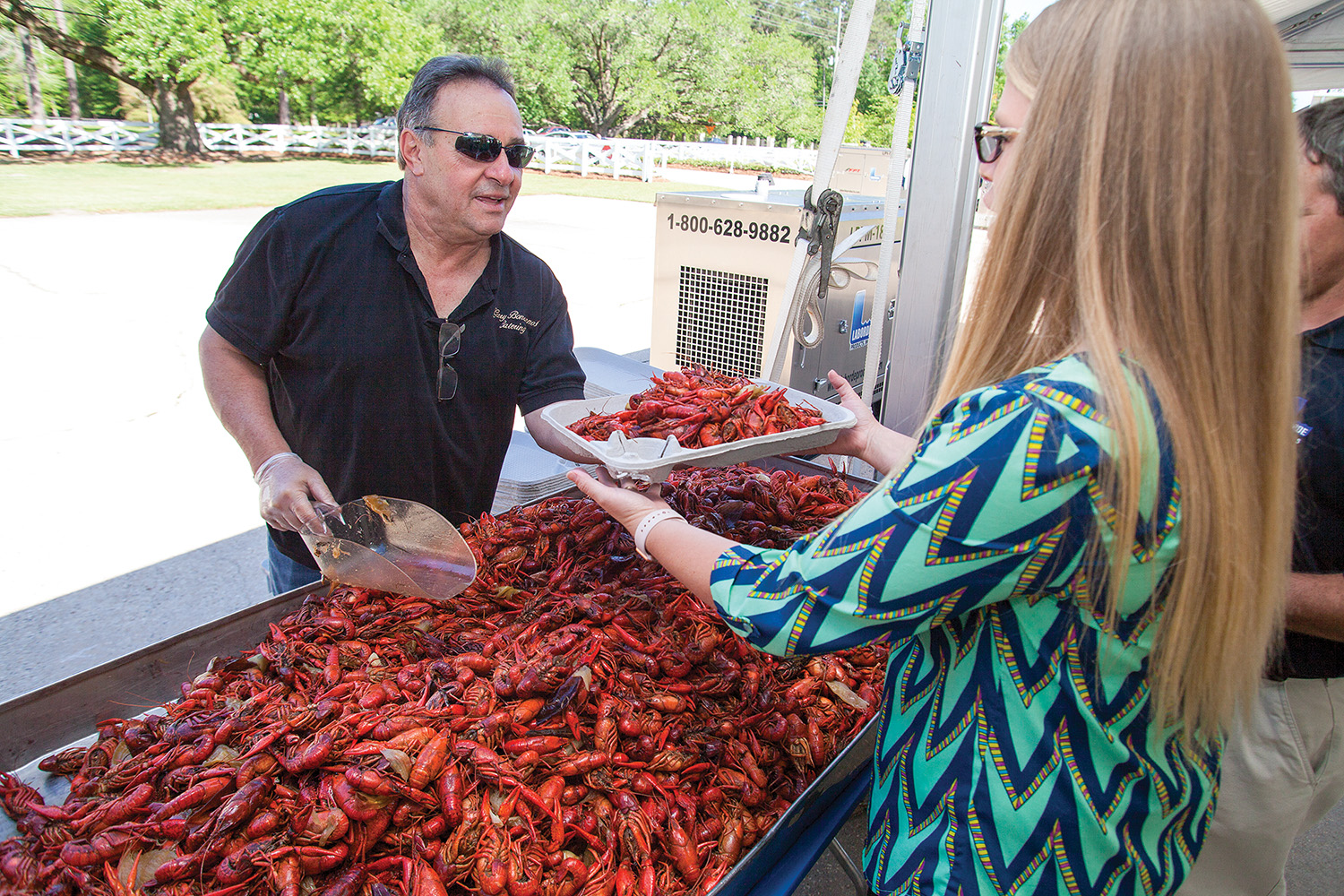