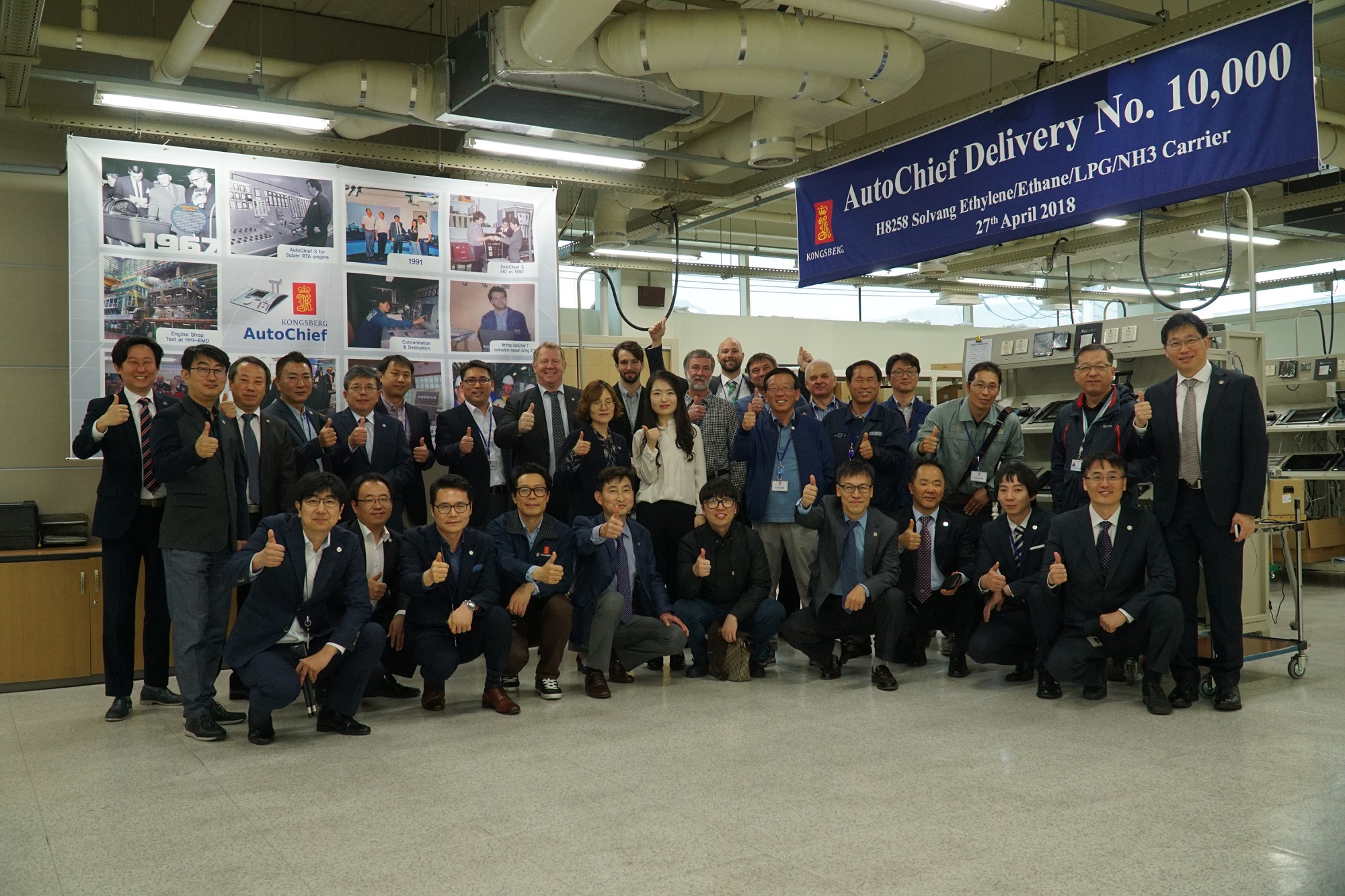 May 9, 2018 By International Dredging Review

The 10,000th Factory Acceptance Test (FAT) for Kongsberg Maritime’s AutoChief propulsion control system took place at Kongsberg Maritime Korea in Busan on April 27. The AutoChief 600 system will be installed on a new LEG carrier featuring a 2-stroke MAN B&W engine, being built at Hyundai Mipo Dockyard for owner Solvang ASA. HHI-EMD, HMD and Solvang were represented at the FAT in April, alongside experts from Kongsberg Maritime in Norway and Korea.

This is the 6th iteration of the AutoChief, which was originally developed in the early 1960s for installation aboard the M/S Haugvik, where it was connected to a Nordberg 2-stroke engine. The early prototype launched Kongsberg Maritime as an international technology developer for the shipping industry, and sparked long-term, worldwide partnerships with major shipyards such as South Korea and China.

AutoChief 600 is designed to manage all control, safety and alarm functions necessary for operating the main engine and all other accessories for propulsion control from a single station on the bridge. It is based on a modular concept that allows flexibility in system architecture. A key change introduced in the latest version is touch screen operation for access to all functions and data, and a ‘GoGreen’ module, which helps optimize engine efficiency and reduce a vessel’s environmental footprint.