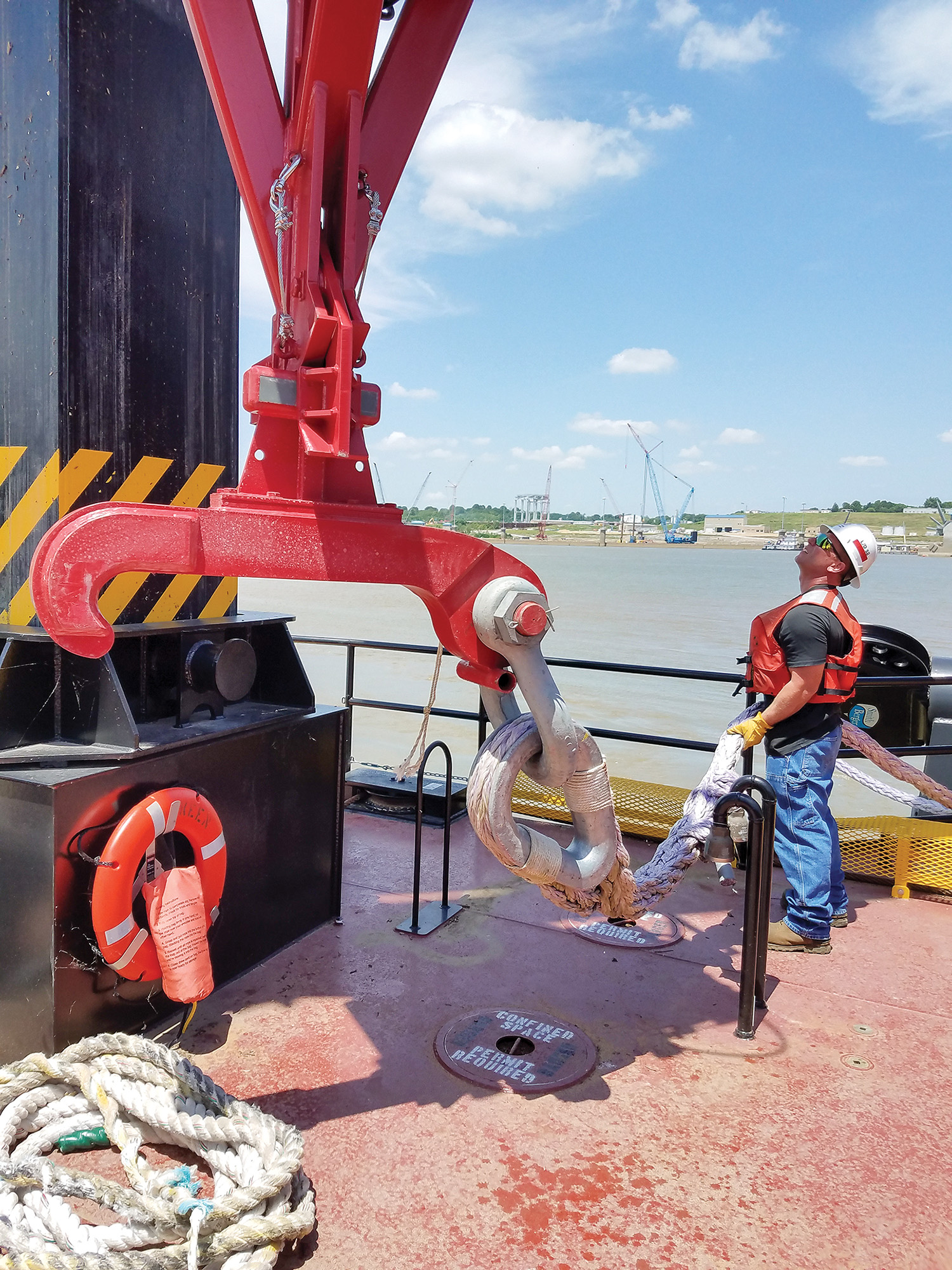 Louisville Engineer District personnel are continuing to test new equipment that will raise the wickets at Olmsted Locks and Dam on the Ohio River near Olmsted, Ill. The wicket lifter is a key piece of operational equipment, which will allow the Corps to hold the level of the upstream navigation pool in an emergency situation now that the dam structure is in place.

According to the Louisville District, the wicket lifter Keen, as it is known, allows Olmsted the ability to hold pool and will allow river traffic to pass safely through the new locking facility.

Jeremy Nichols with the Louisville District said that training on the Keen is progressing very well. “The operator raised his first wicket two weeks ago, and the operations staff continue to increase their skill and capability as part of the prescribed training program for the vessel,” he said. “Both the equipment and staff are performing exceptionally well as we prepare for operational capability of Olmsted Locks and Dam this summer.”

The Olmsted Locks and Dam project is nearing completion four years ahead of schedule, with an estimated project completion date set for October 1 (WJ, March 19). By that date, the Corps will transition locking on that portion of the river from Locks and Dams 52 and 53 to Olmsted.

A ribbon-cutting ceremony is scheduled to take place at 10 a.m. on August 29, when the Corps will also officially dedicate the Keen.