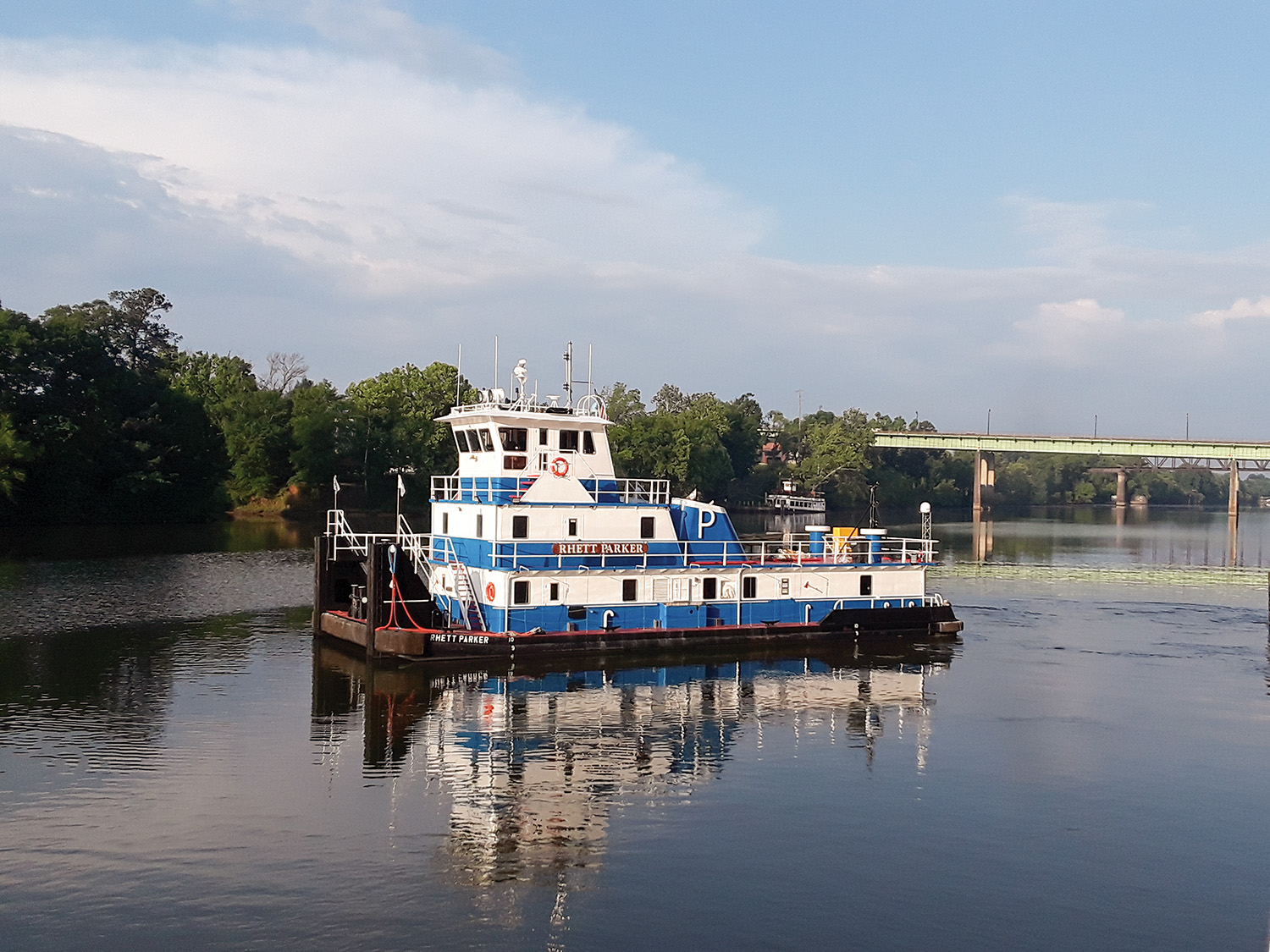 Parker Towing Company, the Tuscaloosa, Ala.-based towboat, barge and terminal operator, recently partnered with FMT Shipyard & Repair on the Harvey Canal in New Orleans, La., to refurbish and repurpose one of its inland towing vessels, the mv. Rhett Parker.

Terah Huckabee, Parker Towing’s senior vice president for corporate development, said the project grew out of the company’s jump back into the liquid tank barge market.

“The Rhett Parker refurbishment came about as we expand our presence in the liquid side of the business again,” Huckabee said. “We were in it for many years in the ’80s and ’90s, then we got out of it. We made a re-entry into it about three years ago with the mv. Tim Parker, which we refurbished as well. We were repurposing the Rhett Parker from its latest service—acting basically as a shift boat—to serving a liquid tow and needing to meet all the demands of the liquid market.”

Measuring 85 by 34 feet, the Rhett Parker, named in honor of the father of company founder Tim Parker Sr., was built in 1982 at Mississippi Marine Towboat Corporation in Greenville, Miss. When Parker Towing approached the job of repurposing the Rhett Parker, the company had a good head start in the vessel’s drive system, which features a pair of Caterpillar 3512 main engines, producing 2,100 hp., and Reintjes gears.

“It had a good solid engine package, so we didn’t have to repower the boat as much as we had to basically remodel it,” Huckabee said. “We went in and stripped out all the electrical from top to bottom and refurbished all the house interior, so it basically looks like a brand new house. It has all-new electronics for the wheelhouse.”

Besides the interior and electrical upgrades, FMT Shipyard & Repair performed some external and structural modifications, like new push knees and cooler boxes.

“We ended up with a boat that’s probably 90 percent new,” Huckabee said.

Work began in December 2017 and continued through this past May. With accommodations for a crew of six, the mv. Rhett Butler now works primarily for Hunt Oil, transporting liquid petroleum products along the Warrior-Tombigbee Waterway; the Tennessee-Tombigbee Waterway; the Upper and Lower Mississippi, Tennessee and Ohio rivers; and in Mobile Bay and the eastern Gulf Intracoastal Waterway.

“We’ve been as far as Chicago,” Huckabee said.

Acrolon 100 has been around for about 10 years and provides excellent impact and abrasion resistance, while also boasting superior flexibility, color and gloss retention, said Sherwin-Williams’ Michael Eckart.

“It’s off the chart on all those categories,” Eckart said. “There is no downside.”

Acrolon 100 was originally marketed as a coating for bridges, stadiums, water tanks and other structural steel applications, but Sherwin-Williams soon began reaching out to people in the maritime industry. Besides the performance benefits, Eckart stressed that Acrolon 100 is a water-based urethane, which means it can be thinned and cleaned with water. Oil-based urethanes, the typical coating used on towboats, have to be cleaned or thinned with mineral spirits or paint thinner. The life span for Acrolon 100 is significantly longer than that of oil-based urethanes as well, Eckart said. In a marine setting, Acrolon 100 can last four to eight years, Eckart said, compared to three to five years for oil-based urethanes.

“You get superior performance out of the finish,” Eckart said. “It’s also extremely environmentally friendly, and it’s safer and doesn’t have any flash point. You don’t need any thinners or solvents on the boat, so the operations and health, safety, and environmental folks are really excited about trying it. And it outperforms traditional technologies, so there really is no downside.”

Eckart said he’s been marketing it to maritime companies for at least five years, but that companies have been slow to try the new technology. Company representatives often would want to see the coating already on a towboat, Eckart said.

“Guys, there is no one else,” Eckart recalled saying in the past. “Someone has to be the first one.”

But now, over the past 12 to 15 months, several companies have tried Sherwin-Williams’ Acrolon 100—and with great results.

Eckart said an East Coast company used Acrolon 100 on a deck barge awhile ago, and an inland tank barge company recently tried it on a barge. Southern Towing of Memphis, Tenn., went with Acrolon 100 about a year ago and plans to expand use of the coating to the rest of its fleet, Eckart said. And now Parker Towing has applied the water-based urethane coating to the newly-refurbished mv. Rhett Parker.

“It’s really starting to take off,” Eckart said. “It’s the most durable, high-performing product we sell.”