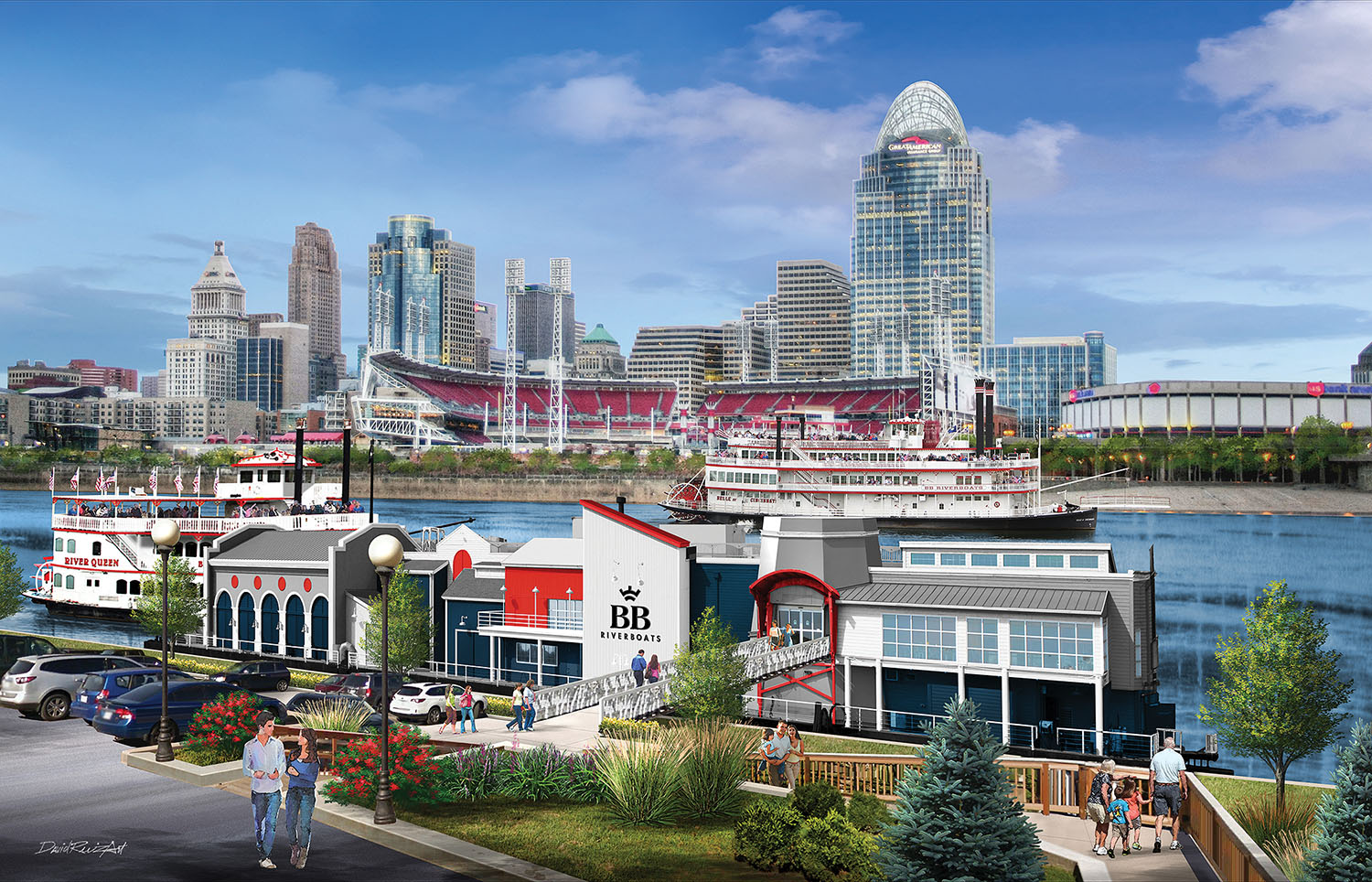 On Valentine’s Day this year, BB Riverboats purchased a barge that will serve as its new dock facility for its Covington, Ky., passenger vessel operations. The sale was brokered by Merrill Marine Services.

The 300- by 54-foot barge was formerly the dock for Argosy Casino in Sioux City, Iowa, and was picked up from a Wood River, Ill., shipyard on the Mississippi River by the mv. Depa Dean. The towboat, operated by Four Rivers Towing, Paducah, Ky., took 10 days to tow the barge 700 miles to Covington.

The barge was towed to the Cincinnati area from Wood River in early June and is currently tied up at Covington, where it is being renovated to feature a 250-seat event center, with a wrap-around outdoor deck with a view of the Cincinnati skyline.

The event center will include a full-service bar and will also serve as a waiting area for passengers. The renovations will cost BB Riverboats approximately $2 million and should be completed November 1, according to Ben Bernstein, chief financial officer for the company.

“The new dock facility will replace our current one, but it won’t move into place until after the first of the year (2019),” said Bernstein, who added that the company’s goal is to have the facility’s kitchen and cruise boarding area of the dock operational by February 14, 2019.

Bernstein said the company hopes to hold a grand opening no later than April 2019. He added that the dock facility will be three floors, with the hull serving as the bottom level for storage. The facility will also serve as the company’s new office space and include a maintenance and repair shop for its fleet of cruise vessels.

BB Riverboats has operated cruising vessels in the Greater Cincinnati area since 1979. The company offers a variety of voyages, including dining, sightseeing, kid-friendly, holiday and specialty cruises. Its fleet includes the Belle of Cincinnati, River Queen and Newport Landing.