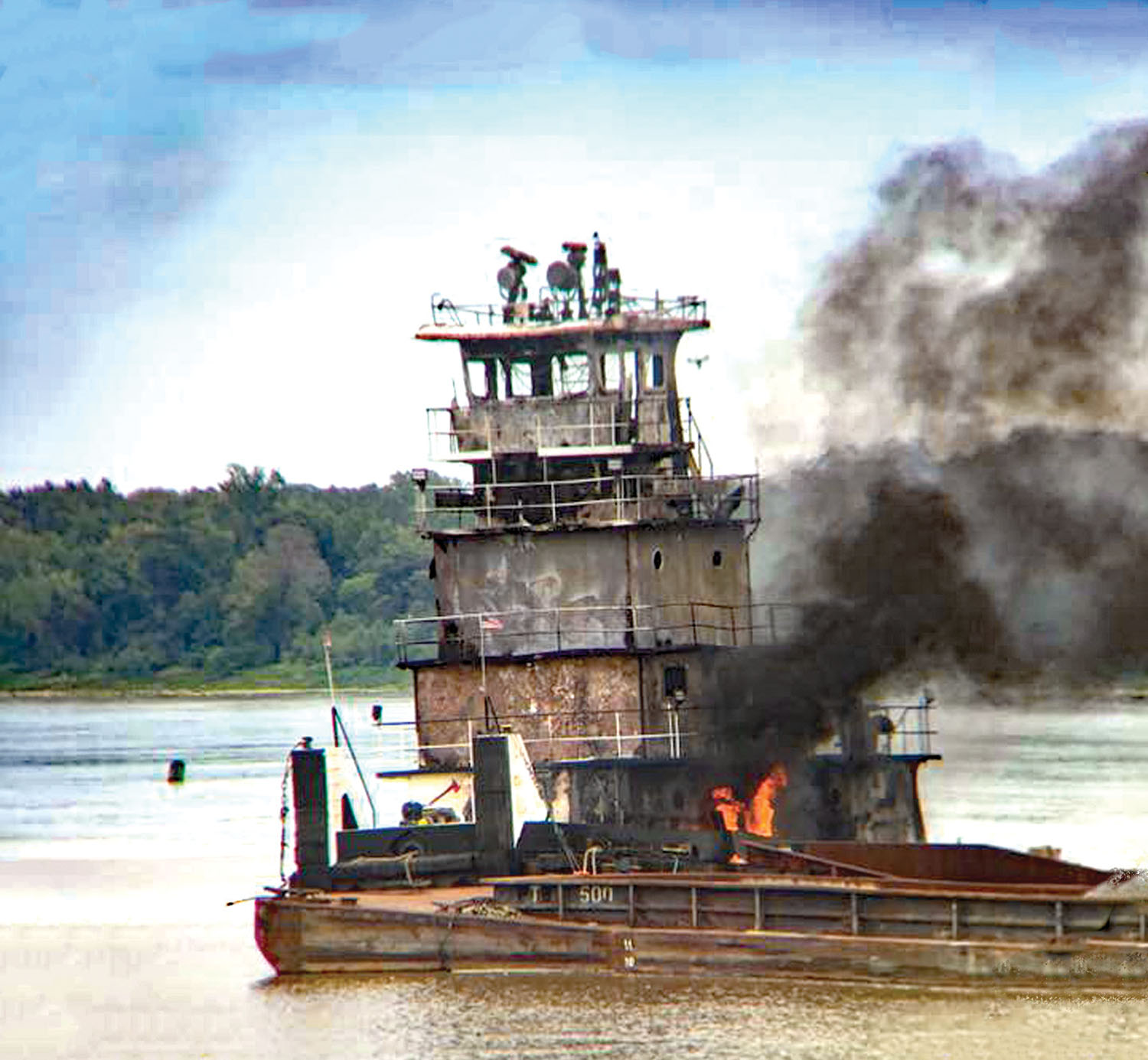 The Jacob Kyle Rusthoven was reported to be pushing a tow of either nine or 12 barges of rocks. It was pushed by responders to the Arkansas bank of the river, where firefighting efforts continued. The crew members were reported safe.

Responders separated the tow from the burning vessel and moored the barges on the West Helena riverfront.

There was a reported 13,300 gallons of fuel onboard; there were no reports of pollution. At press time, responders were removing the remaining fuel.

Jay Hollowell, mayor of Helena/West Helena, Ark., took pictures of the stricken vessel, which appears to have been heavily damaged. Hollowell told The Waterways Journal that one barge appeared to have taken on water and capsized. He said Helena Marine Service assisted in response efforts.

The 1,800 hp., twin-screw Jacob Kyle Rusthoven has a long river history under many names. It was built in 1968 by Jeffboat in Jeffersonville, Ind. Originally operated by Humble Oil & Refining Company, Houston, Texas, it was named the Esso Texas; it was renamed the Exxon Texas in 1973 after that company’s reorganization and rebranding.

In June 2007, it was bought by DG Marine Transportation LLC (Grifco), which renamed it the Capt. George Brumley. It was sold in 2017 to Rock Ridge Investments and renamed with its current name; it is operated by Graestone Logistics LLC, Murray, Ky.