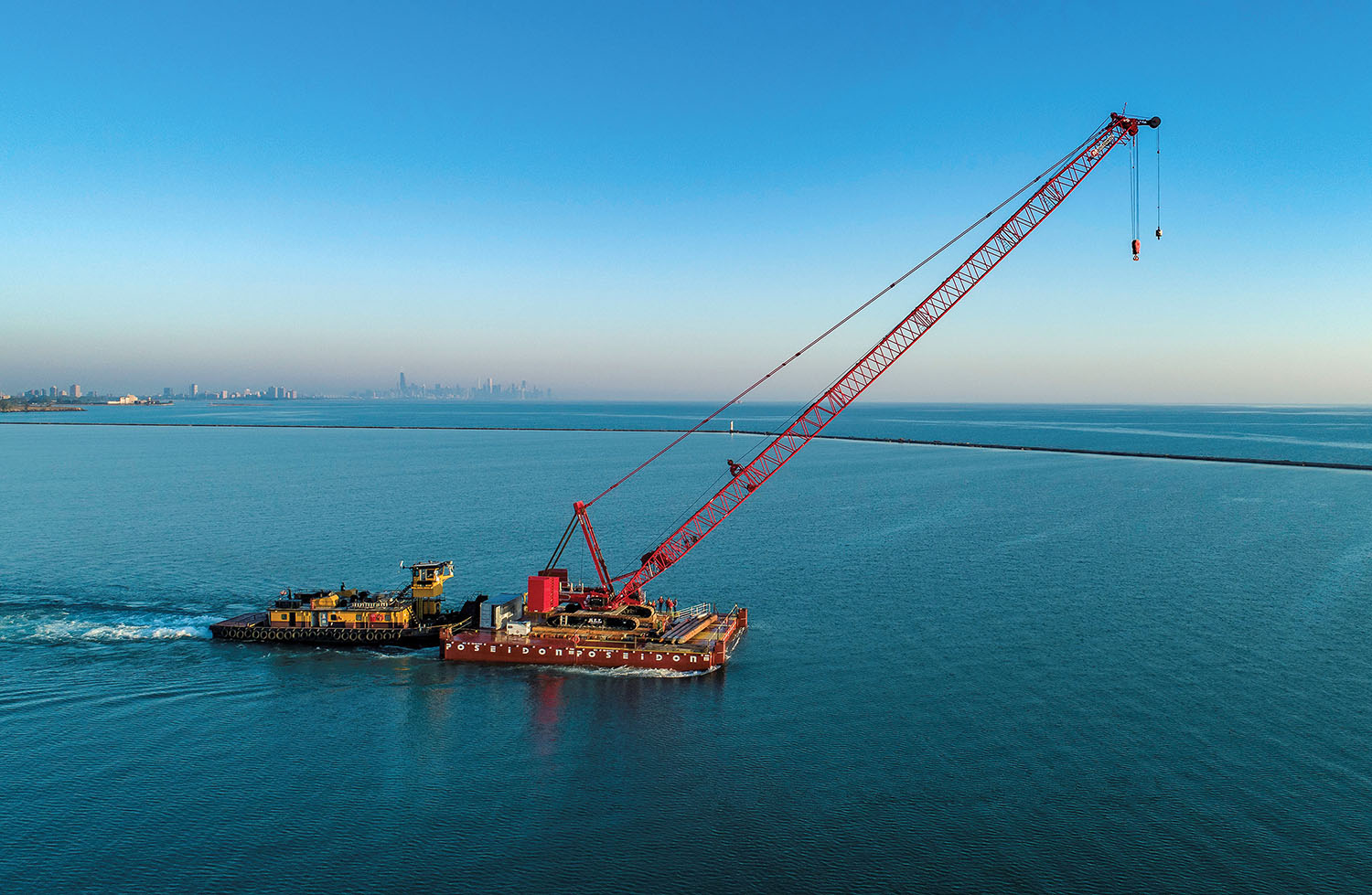 Kindra Lake Towing moved a 300-ton crawler crane on a Poseidon sectional barge flotilla on September 15. The flotilla was moved from Calumet Harbor to Chicago Harbor in Illinois via Lake Michigan, according to John Kindra, president of the company.

Kindra said that the crane will be used for a new building construction project in Chicago. The crane boom tip height was 170 feet above the water and the boom length was 235 feet long.

Once the tow cleared the Chicago Harbor Lock, Kindra said it took the towing company less than four hours to go through 12 bridges to reach the jobsite about 2 miles from the lock.

Kindra, who has more than 40 years of river transportation experience, formed Kindra Lake Towing in 1992 with the purchase of three tugs.

Today, the company has three lake tugs, three harbor boats and several deck barges. Its services include moving conventional river barges between South Chicago and the steel mills in northwest Indiana, as well as barge towing and transportation throughout the Great Lakes.