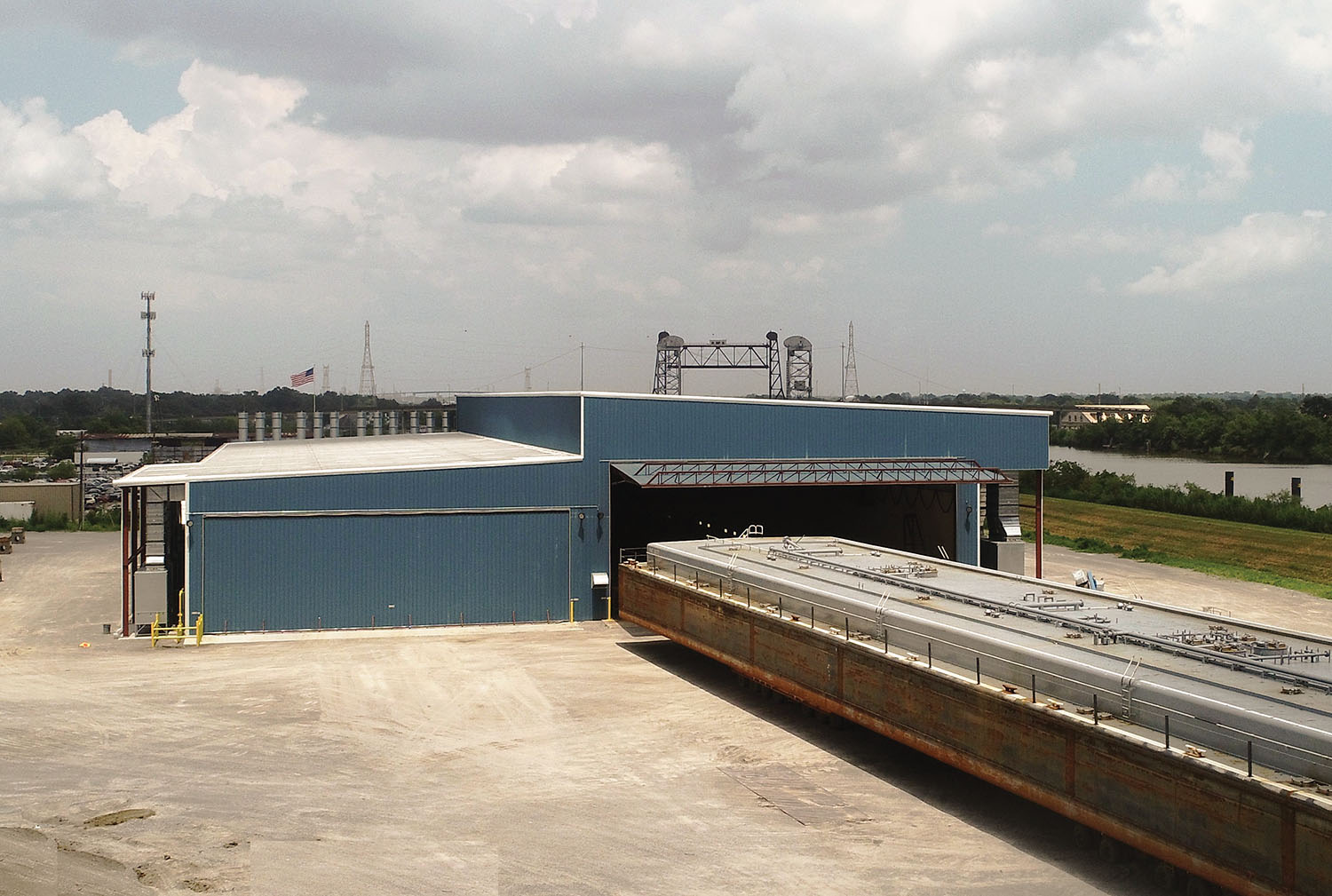 “The benefit of blasting and painting in an enclosed, environmentally-controlled facility is tremendous,” said C&C Marine and Repair owner Tony Cibilich. “Not only are you insulated from weather delays and humidity, but you have benefits related to efficiency, cost-savings, employee safety and protection to the environment.”

Cibilich said the idea for the facility grew out of how railroads maintain rail cars.

“We modified technology that was being used to blast rail cars and containers and have successfully adapted the process to blast barges,” Cibilich said.

For blasting barges, the facility features a trio of fully-automated robotic blasters, each equipped with oscillating nozzles. Two of the robotic blasters blast barges from the top and sides. The third blasts the underside of the barge. Each robotic blaster can blast up to 2,000 square feet of barge surface per hour.

As the steel medium is used, the grit particles are captured, recycled and reused in the blasting process. According to C&C, the steel grit can be used about 150 times before it disintegrates to a size small enough to be captured by the facility’s dust filtration system. Even then, the material can be separated, captured and transported to a processing facility where it can be reconditioned for additional use.

With the use of robotic blasters and steel blast media, operators oversee and control blasting work from a separate control room, without ever having to manually blast a barge from atop scaffolding.

Because the blast and paint facility is fully enclosed, overspray, contamination and runoff from paint and blast media is virtually eliminated. The facility’s air filtration system collects and encapsulates more than 99 percent of all airborne particulates associated with the blast and paint process. According to C&C, the new facility can blast a standard inland hopper barge in about a quarter of the time required with traditional blasting methods.

“The great thing about this technology is that, in addition to being faster, more efficient and environmentally safer, it also creates a safer work environment for our employees,” said Mike Wade, manager of blasting operations at C&C.