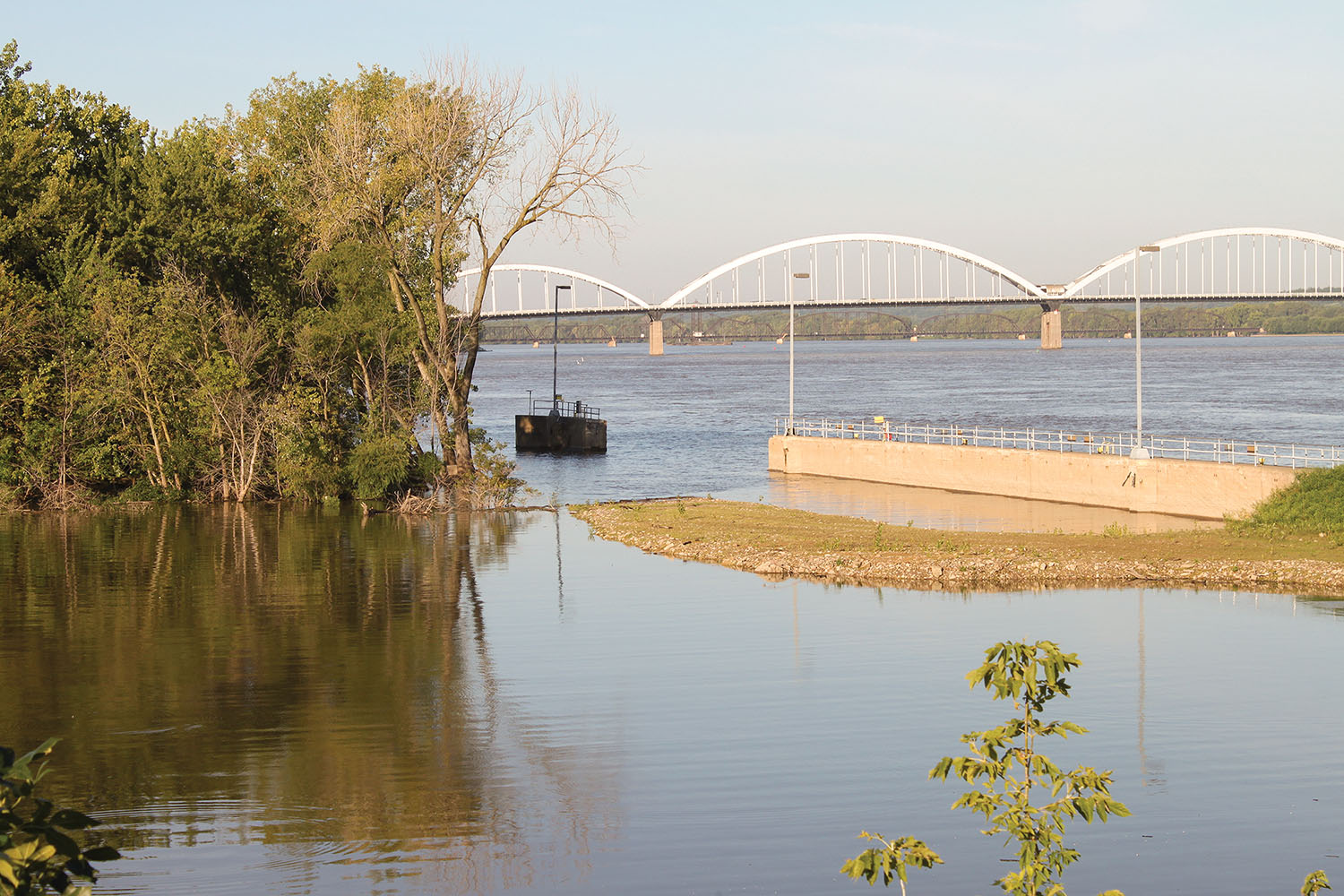 The Rock Island Engineer District has begun a two-year project to repair the lower guidewall at Upper Mississippi Lock and Dam 15, adjacent to the Rock Island Arsenal and Government Bridge swing span.

The contractor, Civil Constructors of East Moline, Ill., which will carry out the $11.2 million contract, has begun preliminary work to build an access road to enable crews to reach the site of the damaged guidewall, which is at the downstream end of the lock project. Once the access road is complete, the contractor will begin work on drilling shafts for the new guidewall. When the winter closure starts in December, the contractor will continue drilling shafts as well as removing six of the 12 monoliths from the guidewall.

“The contractor will do a majority of the work during two winter closures of the lock, one in 2018 and one in 2019,” said Mark Pratt, construction area engineer for the Rock Island District. “Each winter closure will include demolishing six monoliths, installing drilled shafts and then placing concrete to rebuild the monoliths.”

A majority of the work has been scheduled for the winter months in order to lessen the impact to navigation caused by lock closures. The construction should be complete by the end of 2019.

A large section of the lock’s guidewall had to be removed in May 2017 after Rock Island District engineers noticed that portions of the wall had moved significantly. At the time, it was determined that four monoliths making up a portion of the guidewall needed to be demolished as the failing concrete posed a risk to navigation.

The lower guidewall, like almost all of the lock’s concrete, is original to the lock project. Locks and Dam 15 was the first lock completed on the Upper Mississippi River as part of the 9-foot navigation system. Construction at Locks and Dam 15 finished in 1934.

Caption for photo: The Corps had to remove a section of the lock’s guidewall last year because of failing concrete.