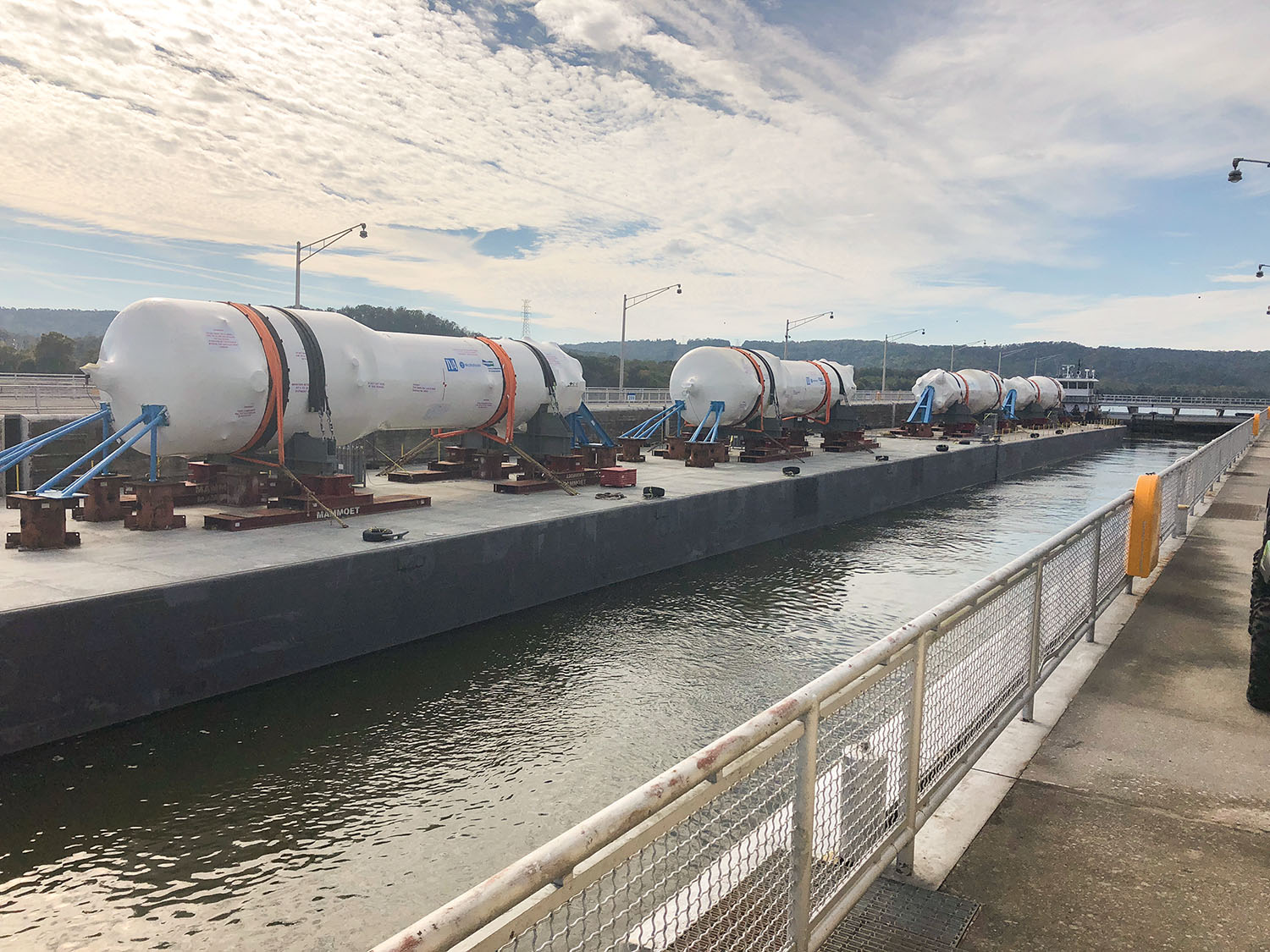 The mv. Capt. Anthony pushed a barge carrying four giant steam generators through locks on the Tennessee River to deliver it to a dock in Tennessee, where they arrived October 21. From there they were moved (via special 72-wheel transporters) to the new storage location next to the existing steam generator storage building that is used to house the Tennessee Valley Authority’s old Unit 1 steam generators.

Their ultimate destination is the Watts Bar Nuclear Plant. The Tennessee Valley Authority (TVA) posted the latest Facebook update October 23 and said the lock movements had taken place the previous week. Each generator weighs about 325 tons, according to TVA spokesman Scott Fiedler.

The TVA touts barge transportation in its Facebook posting, saying, “Another great advantage of shipping by barge is that oversized components such as these can still be transported to their destination when it is not practical or even impossible by truck or by rail car.”

The steam generators transfer heat from the reactor to make steam, which spins a large electrical generator creating energy.