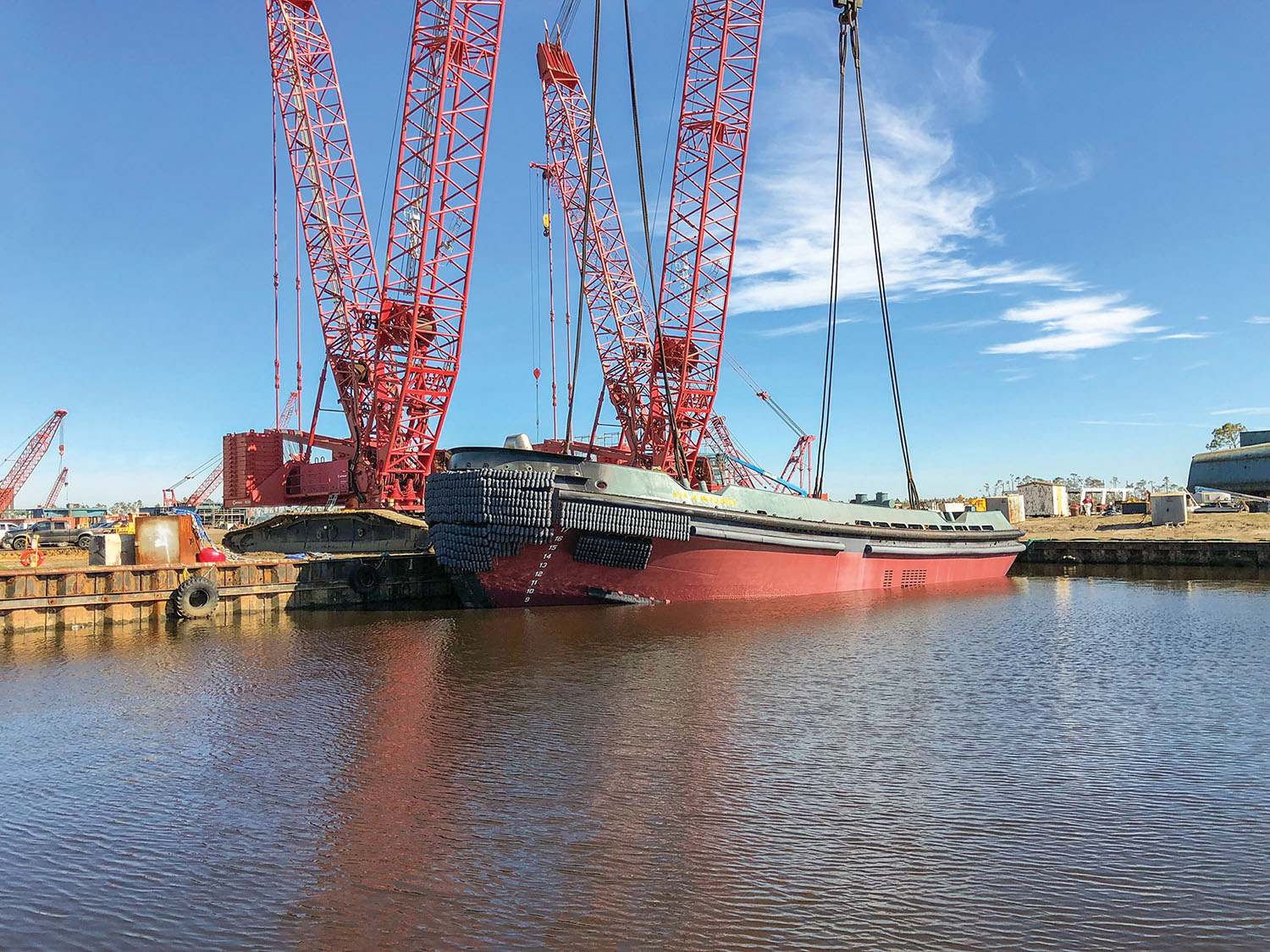 The escort/rescue tug was designed by Jensen Maritime Consultants and is scheduled to be delivered in the second quarter of 2019. It is being built at Eastern’s Allanton facility.

Present at the launch was the owners’ onsite representative, Jamie Thibodeaux of McAllister Towing, with Eastern’s project manager Patrick D’Isernia.

The Ava M. McAllister is from the same design as the Rosemary McAllister and the upcoming Capt. Jim McAllister. The lead vessel of the four-vessel series is the Capt. Brian McAllister, delivered in the summer of 2017 by Horizon Shipbuilding Inc.

McAllister Towing is one of the oldest and largest family-owned marine towing and transportation companies in the United States. Founded by Capt. James McAllister in 1864 with a single sail lighter, the company today operates an extensive fleet of tugs, barges and ferries in the major ports on the U.S. East Coast and in Puerto Rico.

Eastern Shipbuilding Group is a family held shipbuilding company located in Panama City, Fla., since 1976. Since 2008, Eastern has spent more than $75 million upgrading and expanding its facilities and shipbuilding. The company has three new-construction and repair facilities, and has delivered 10 vessels of various sizes and designs over the last 18 months.

Caption for photo:  The Ava M. McAllister is scheduled to deliver in the second quarter of 2019.