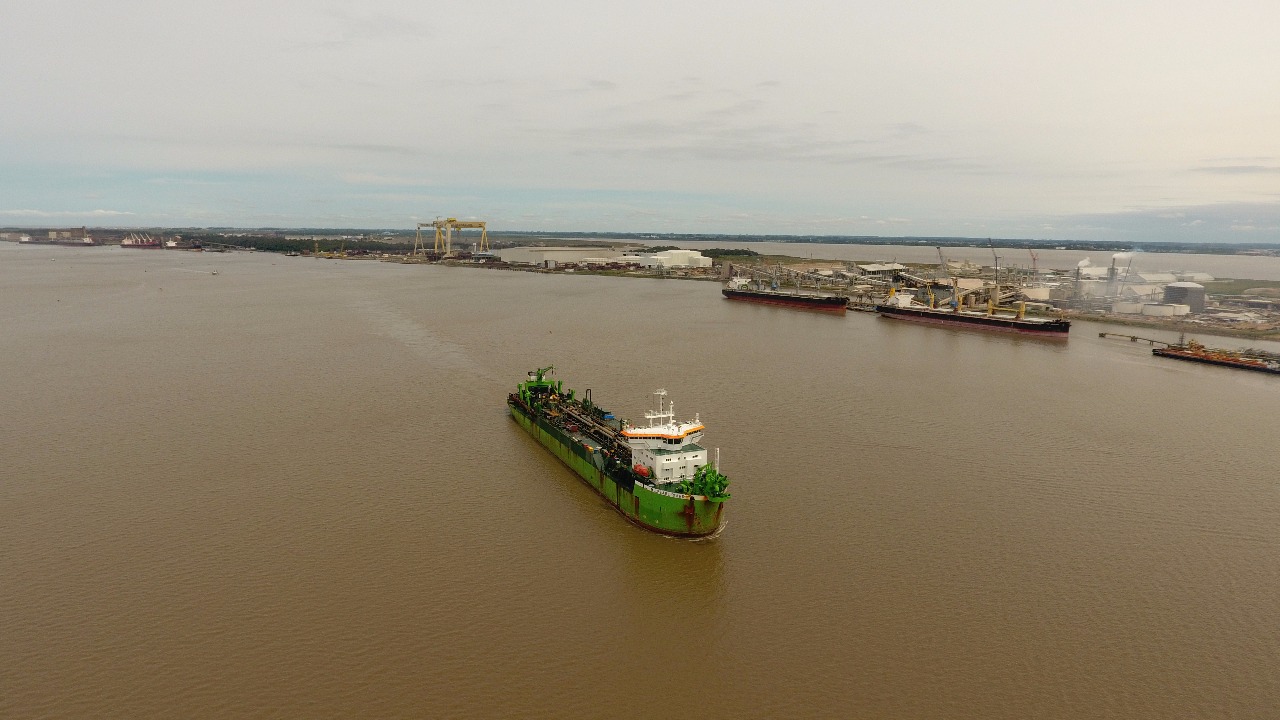 The National Secretariat of Ports argued at the time that suspending maintenance dredging would result in “evident damages” to the both the Brazilian government and the execution of the project. Until late December, Jan De Nul and Dragabras had dredged about 2.1 million cubic meters (2.75 million cubic yards) of sediments. According to SUPRG, DEME Group used its TSH dredge Pearl River for about a month to extract 1.7 million cubic meters (2.22 million cubic yards) of sediments at the time in about 191 dredging cycles. Then, in early December, Jan De Nul’s TSHD Kaishuu was added to the project, at the same time DEME Group’s Pearl River continued existing dredging activities. The dredging project was allowed in October 2018 for a six-month timeframe until June 2019 for a combined BRL 378 million ($99.14 million US).