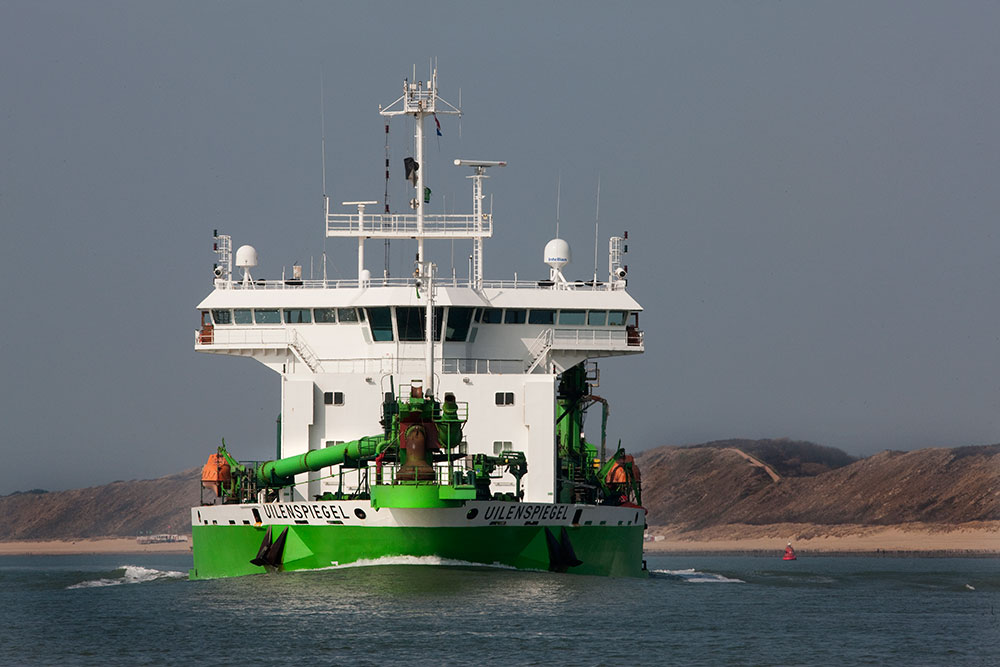 According to APN, Dragabras is also required to keep the port’s access channel at a minimum 10.5-meter (34.4-foot) depth. Dragabras will use DEME Group’s Trailing Suction Hopper Dredge (TSHD) Uilenspiegel to remove sediment in the port’s access channel. The dredge is working 24 hours a day for the next few weeks to complete the project by the end of January, APN estimated. The dredging should allow the Port of Salaverry to welcome larger vessels, which were restricted in the last few years due to the high sedimentation levels near the port’s access channel. The CEO of Salavarry Terminal Internacional Diego Cassinelli said dredging works follow local environmental rules and should not interfere with the natural conditions of the nearby areas. “All dredged materials will be taken to a marine area that works as a dredging waste area, approved by the Peruvian Coast Guard, DICAPI,” he said. Dredging should allow the Port of Salaverry to keep “proper” depth levels for a two-year period, after which new dredging should be required, Cassinelli estimated. The Port of Salaverry, also known as Salavarry Terminal Internacional, is a company of the Tramarsa Group, the concessionaire owning the port terminal.