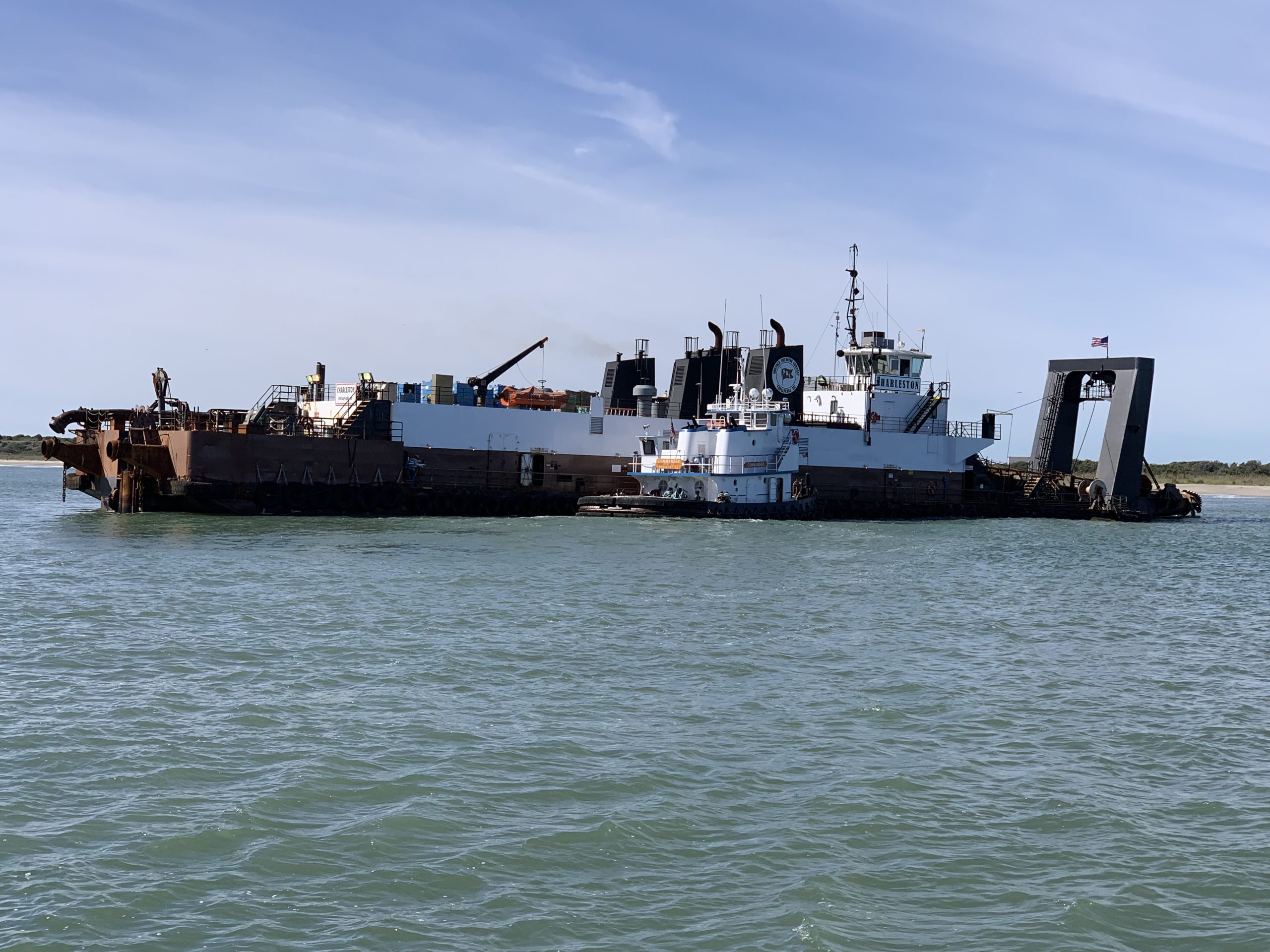 The Canaveral Harbor Federal Sand Bypass Project (Phase V) began on December 6, 2018. Touted as the largest sand bypass project in Port Canaveral in more than 20 years, work will entail removal of approximately 1.34 million cubic yards of sand and placement onto 3.5 miles of beach.

Locally sponsored by the Canaveral Port Authority, the $18 million federally-authorized project is scheduled to last through late April 2019. The project is fully funded and managed by the U.S. Army Corps of Engineers, with additional funding provided by the Canaveral Port Authority and the Florida Department of Environmental Protection. The U.S. Air Force’s 45th Space Wing and Brevard County are providing logistical support. Olsen Associates Inc. is providing consulting services for the project.

In November, construction contractor Norfolk Dredging Company of Chesapeake, Virginia used its derrick barge Atlantic to excavate a trench across the Port Canaveral entrance channel for a temporary pipeline to transport the sand. The 24-inch-diameter pipeline was placed just below the authorized depth of the inlet channel.

After a temporary shut down, December 19 to 30, the 24-inch cutterhead dredge Charleston started pumping a mixture of sand and seawater through the pipe, across the inlet and onto the beach. Sand placement began south of the inlet, and will proceed north to Jetty Park, then move south along beaches in Cape Canaveral to north Cocoa Beach. The sand placement initially will widen most of the shoreline by about 150 feet.

This is the fifth phase of the sand bypass project which began in 1995 after the port’s north jetty was lengthened to keep sand from drifting into the harbor entrance. The man-made Canaveral Harbor Inlet interrupted the southerly drift of sand along the Atlantic shoreline which caused sand north of the inlet to build and sand south of the inlet to erode. Previous projects in 1995, 1998, 2007 and 2010 pumped an approximate combined 3.4 million cubic yards of sand onto nearby beaches.